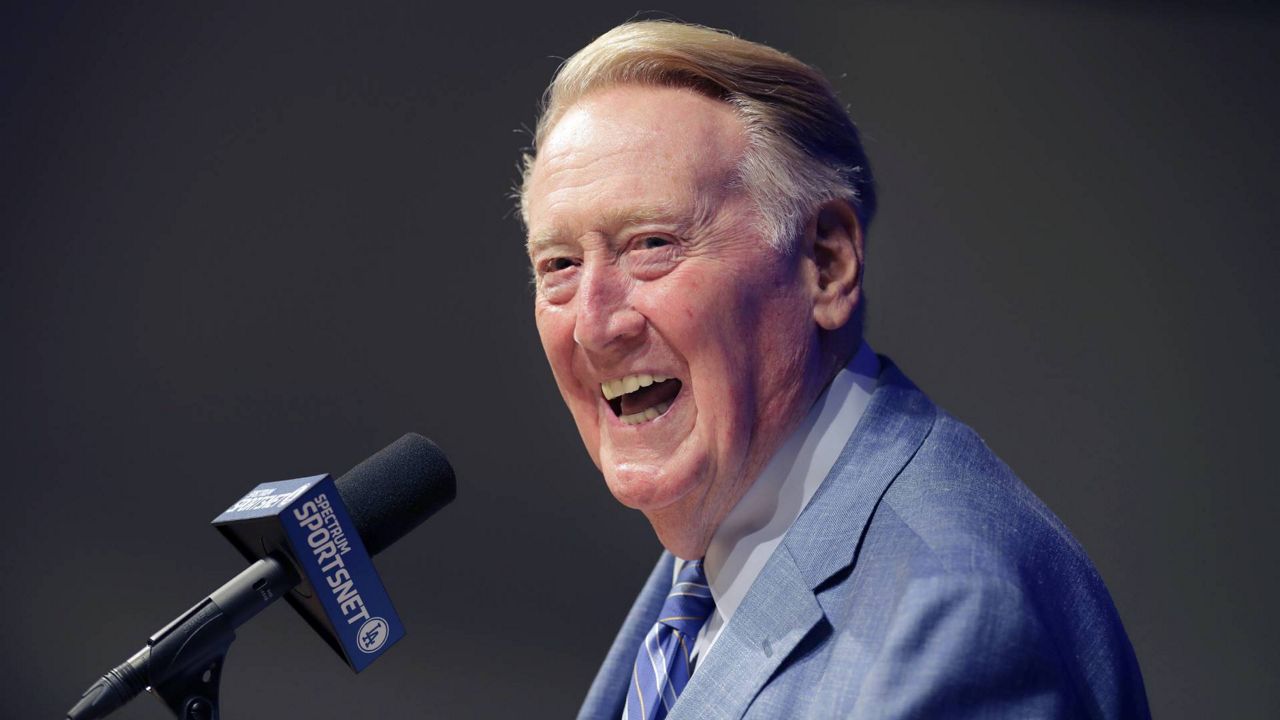 "Among other things, there are pretty interesting letters from presidents," he said.


Scully has gathered these items for an auction taking place on September 23. It was originally scheduled for All-Star weekend in L.A. in July but was moved online when the game was canceled due to COVID-19.

Internet bidding for the collection is currently underway at huntauctions.com.

As Scully explained to SportsNet LA's John Hartung, parting ways with certain pieces of his life was not easy. "All of a sudden, they brought out my two sets of golf clubs," he said. "And they were going into the truck, and I thought, oh wow, there it is. That's the end of a huge part of my life."


Scully says some of the auction's earnings will go to charity, while the remaining sum will support the education of his 16 grandchildren and three great-grandchildren.

In the meantime, Scully enjoys spending time at home with his wife Sandy. While admitting he doesn't miss broadcasting, he says he still follows the Dodgers closely.

"I know that I will certainly be excited when the Dodgers get into the playoffs and hopefully the World Series."