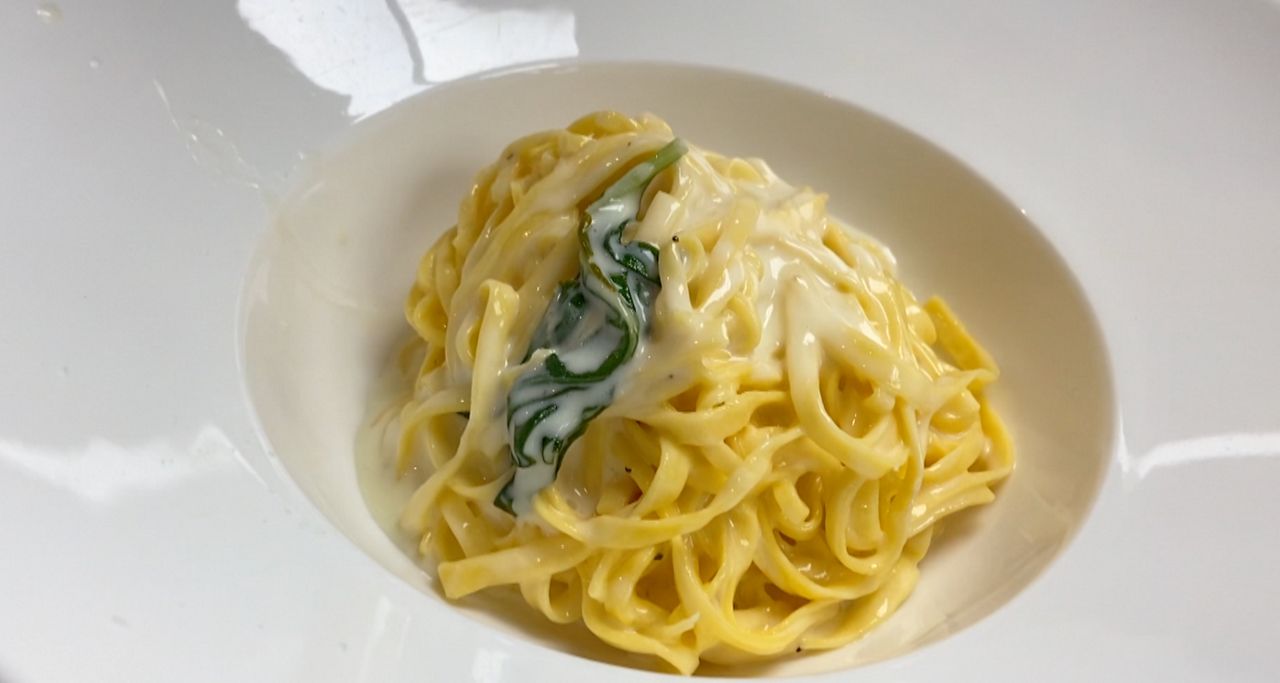 Angelini Osteria has become an institution in Los Angeles during their 20-year history.

A new location is officially open in the Pacific Palisades offering a smaller menu of fan-favorites with some new dishes added to the mix.

One staple you'll find at the new restaurant is the sea urching pasta. The fresh sea urchin was delivered from Santa Barbara. It’s mixed into the sauce of the iconic pasta dish from chef Gino Angelini. executive chef Matthew Weinberg has been a fan of this for most of his life.

“I have to pinch myself every time that I get to make this dish,” Weinberg said. “The first time Gino showed me this sauce, it felt like I was given a secret that I had to safeguard.”

As a born and raised Angeleno, Weinberg has admired Angelini’s work, specifically his unique pasta.

“It combines so much of the flavors of Italy and so much of what Gino does well, but also a combination of local ingredients,” Weinberg said.

Weinberg said it’s an honor to cook the tried-and-true recipes. While he calls Angelini his mentor now, he wasn’t always cooking. He used to work for a movie producer and bring her to lunch at Angelini’s on Beverly Boulevard.

Even as an executive for Paramount, Weinberg would spend his meals at Angelini Osteria, creating a friendship with Angelini and talking about life and food. He’s actually the reason Weinberg went to culinary school and changed his career completely.

“It’s truly the honor of a lifetime for me,” Weinberg said. “Gino is my inspiration, my mentor and the reason I became a cook. Gino telling me to do what makes me happy that sent me on this journey through Italy and to cooking school.”


Now, Weinberg is at the helm of the Pacific Palisades restaurant, even adding his own spin with the Nerano pasta. It’s a light green sauce with fried zucchini and parmesan cheese. As the first dish he ever cooked for Angelini, it holds a special place in his heart to put his creation on the menu.

“Nerano is a town on the Sorrento coast in the south of Italy,” Weinberg said. “They are famous for their Nerano pasta. It’s my take on it.”

If you were a fan of the Beverly Boulevard location, this one has an open, airy vibe and is close to the water, which reminds Angelini of his home in Italy. The menu may be smaller, but it’s still full of the hits, such as the tagliolini al limone. Angelini also said it’s easier for his customers to get to because most live in the area.

“The Osteria is a little more rustic, also the ambiance, this is more elevated compared,” he said.

Have an elevated dining experience with the same great dishes at Angelini Ristorante at 1038 N. Swarthmore Ave. in Pacific Palisades.