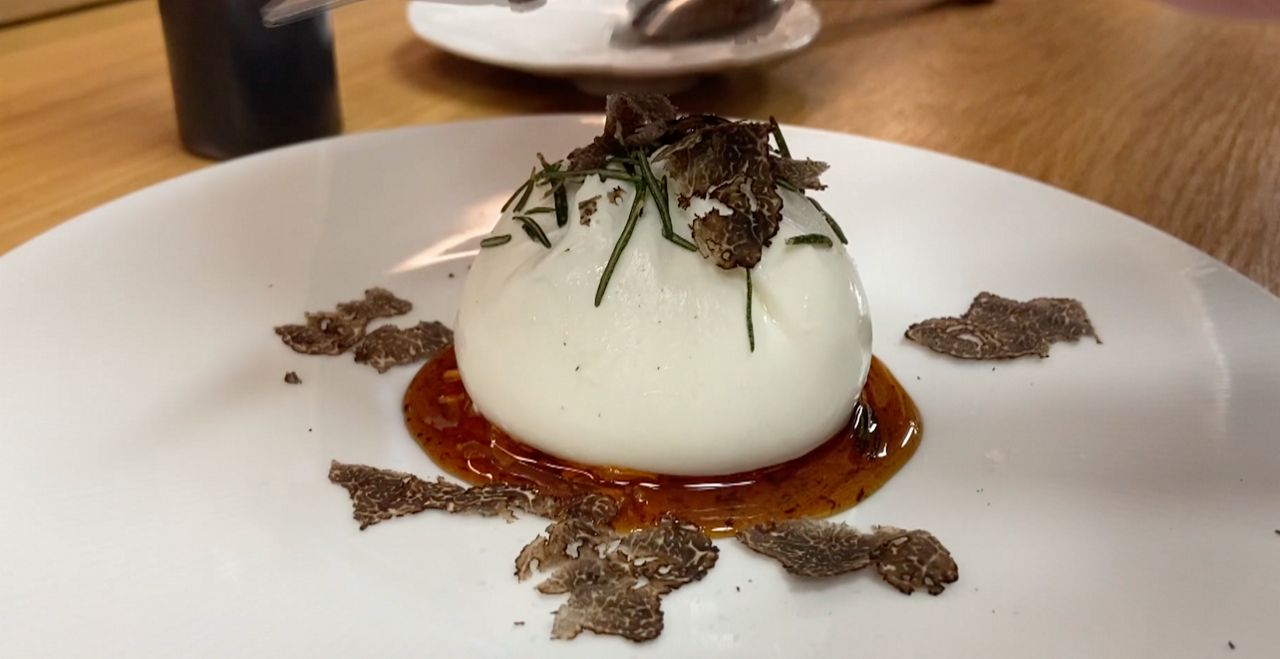 LOS ANGELES — The saying goes, “If the walls could talk.”

Well, if you listen, the walls at Grandmaster Recorders will be singing. You may hear the sounds of David Bowie, Stevie Wonder and the Foo Fighters.

“Red Hot Chili Peppers did record here. This is their gold record,” said Grant Smillie, owner of the Hollywood space.

This former recording studio became a top spot for musicians to record their albums from the 1970s to 2016 when it closed its doors. But now, restaurateur Smillie has brought it back to life as a restaurant.

"There’s not many of these storied Hollywood institutions still around. We normally come up with a name for a venue and make up some story. This one actually has a story. So it became, 'How do we contextualize what was and then insert it to what it could be?'" said Smillie.

He explained the space just spoke to him. He knew he needed to honor its legacy by keeping the rock and roll vibe.

“Instead of mixing records, we are mixing drinks,” he said. “We are doing the same kind of thing.”

There’s the Studio 71 bar, which was the actual recording studio. Dave Grohl of the Foo Fighters would play drums there.

“This was Dave Grohl’s favorite drum room on the planet,” said Smillie.

The rooftop bar overlooks the Hollywood sign and Capitol Records, while the main restaurant has a cool, modern, industrial flair.

The food is a unique, elevated, Italian, Californian fare fit for the glamorous, and sometimes grungy, life of a rock musician. Culinary Director Monty Koludrovic loves Italian cuisine, but didn’t want to be traditional.

“We are not bound by anyone’s rule book or tradition. We have a complete open slate to have fun and challenge what people think is the right way to do things. I think that’s where the link lives between the venue and its history and the food we are doing,” said Koludrovic.

He is from Australia, and so much of the fresh produce, including the olive oil, comes right from his home country luxury. The restaurant uses luxurious ingredients, like truffle, in an open concept kitchen overlooking the dining room.

“Like many things that cost a bit of money, people are drawn to it for the lux factor,” laughed Koludrovic.

Could you think of anything more rock and roll than a caviar cannoli? A sweet, light silky cream is stuffed in a crunchy shell and topped with salty caviar.

“Another one of those products that has a certain luxury and a certain special occasion element to it. We would love for people to start their meal in that type of party way,” said Koludrovic.

Party or eat like a rock star at Grandmaster Recorders at 1518 N Cahuenga Blvd. in Los Angeles.