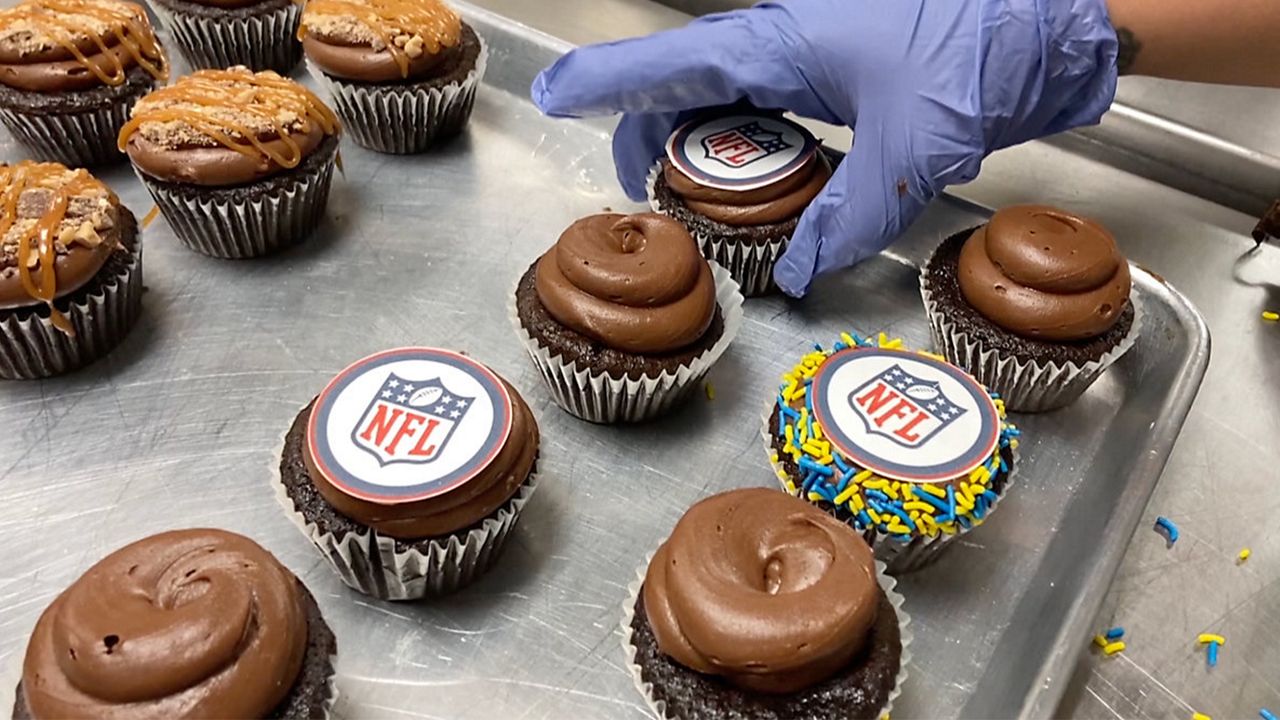 INGLEWOOD, Calif. — Whose house? Rams house! At least that’s the way it is at Inglewood bakery Sweet Red Peach, which reps the Los Angeles Rams all year long, especially during Super Bowl week.

“This is definitely a Rams house,” laughed owner Karolyn Plummer.

Plummer was born and raised in Inglewood, so it was imperative she open her bakery here. Over the past 11 years, the bakery gained a dedicated fan base. But Plummer never knew they would soon be part of a new fan base for the Los Angeles Rams, who made their home literally across the street.

“You can’t write a better story. First of all, I was born and raised in Inglewood. I’m right across the street from the first time the Inglewood stadium will host the Super Bowl. The Rams made it to the Super Bowl. How can you? Life doesn’t get any better,” said Plummer.

While she always knew her bakery would become popular, Plummer could have never guessed that SoFi Stadium would be built in Inglewood and also host a Super Bowl. She says it is surreal.

“I didn’t leave 17 years of teaching to go small, so I knew, I just had to let everyone else know,” said Plummer.

The local community forms lines out the door for her larger-than-life desserts. She says everything they do is extra, from the German chocolate cake to the banana and strawberry pudding cake. Plummer now can further her success by catering for the Rams organization and the NFL Network, both of which maintain offices nearby.

“Seeing how the organization is and how supportive they are of the community, I couldn’t help but pledge my loyalty to the Rams,” said Plummer.

For the Super Bowl, their desserts will be featured at some NFL coaches’ after parties. Plummer feels it’s important that local businesses are included in this once-in-a-lifetime experience.

“We’ve been blessed. It’s good to know they kept their word,” said Plummer.

She knows game days are difficult on her regulars because of extra traffic, but she is proud of the international attention her hometown is receiving.

“Cakes bring out usually the best in people. Sweets bring people together. No celebration is complete without dessert,” she said.

Be part of the "Ramily" at Sweet Red Peach located at 1035 S Prairie Ave. in Inglewood.