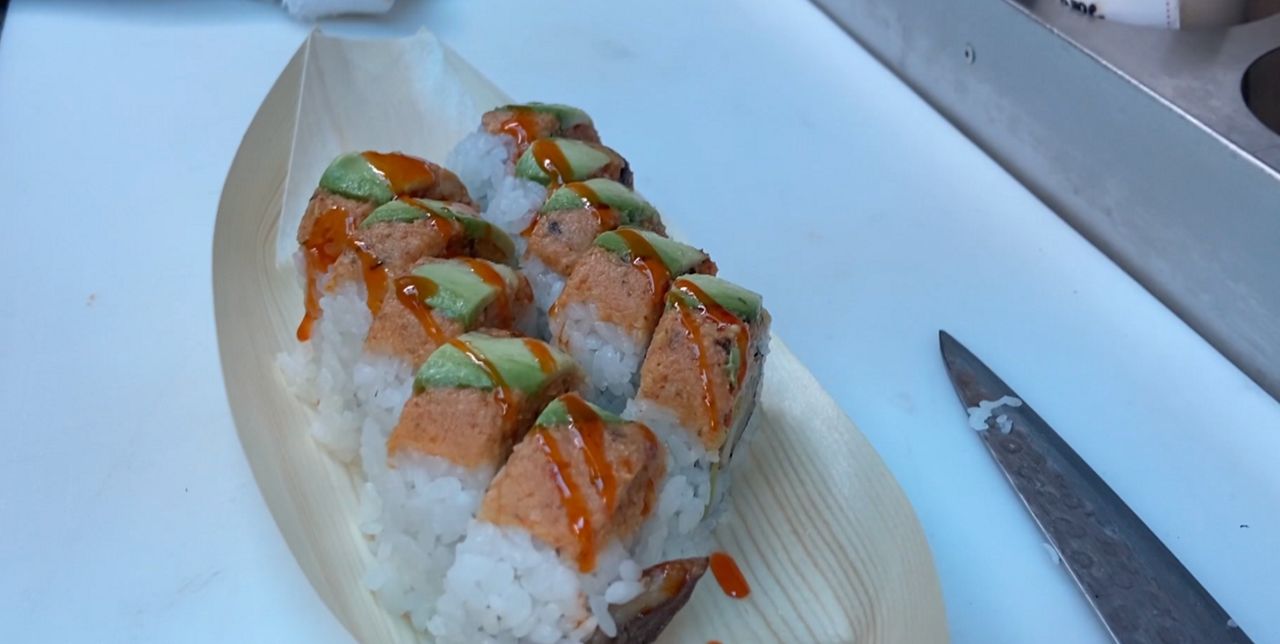 Sushi with no fish! LA food truck serves vegan sushi that looks and tastes like the real deal

LOS ANGELES — The Plant Lab, a Los Angeles food truck that specializes in vegan sushi, provided us with an inside look at the process.

The “salmon” is made from tapioca starch and water, among other ingredients. Chef Piyamit Buppachat actually doesn’t even eat fish.

Buppachat worked in a sushi restaurant for eight years and jokes that his boss loved him because he never ate the product. But when his wife and friend opened The Plant Lab vegan sushi food truck, he knew it was a perfect fit.

“Real fish is more difficult than the vegan sushi. We are trying to make it look as real sushi as we could,” he said.

For example, the spicy tuna is made from chickpeas with chili oil, chili powder and seaweed to provide the sea flavor. The traditional taste comes from the sauce.

“Sushi is mostly based on the sauce and we have to recreate them to make it as close to the real thing as we can,” Buppachat said.

The founders of The Plant Lab food truck, Chalita Ramasoot and Phanicha Sriworakul, wanted vegans and people who just don’t like fish to experience the joy of sushi beyond just an avocado or cucumber roll. Ramasoot actually owns a vegan Thai restaurant, and her customers always asked for this.

“We were thinking sushi can be more than just fish. When it’s vegan you are creating a new thing,” Ramasoot said.

The truck has only been open for a few weeks, and the founders had no idea they would receive the type of response they’ve gotten with lines forming for their fake fish saying.

“There’s no fishy smell,” she said.

The shrimp tempura and crab for California rolls are made from a product that’s similar to tofu, made from tapioca starch and water. It is gluten free. But if you aren’t a fan of imitation products, they have all-veggie rolls with time and care put into their pickled carrots and oyster mushroom that replicates squid.

Find out where The Plant Lab is parking on their Instagram.