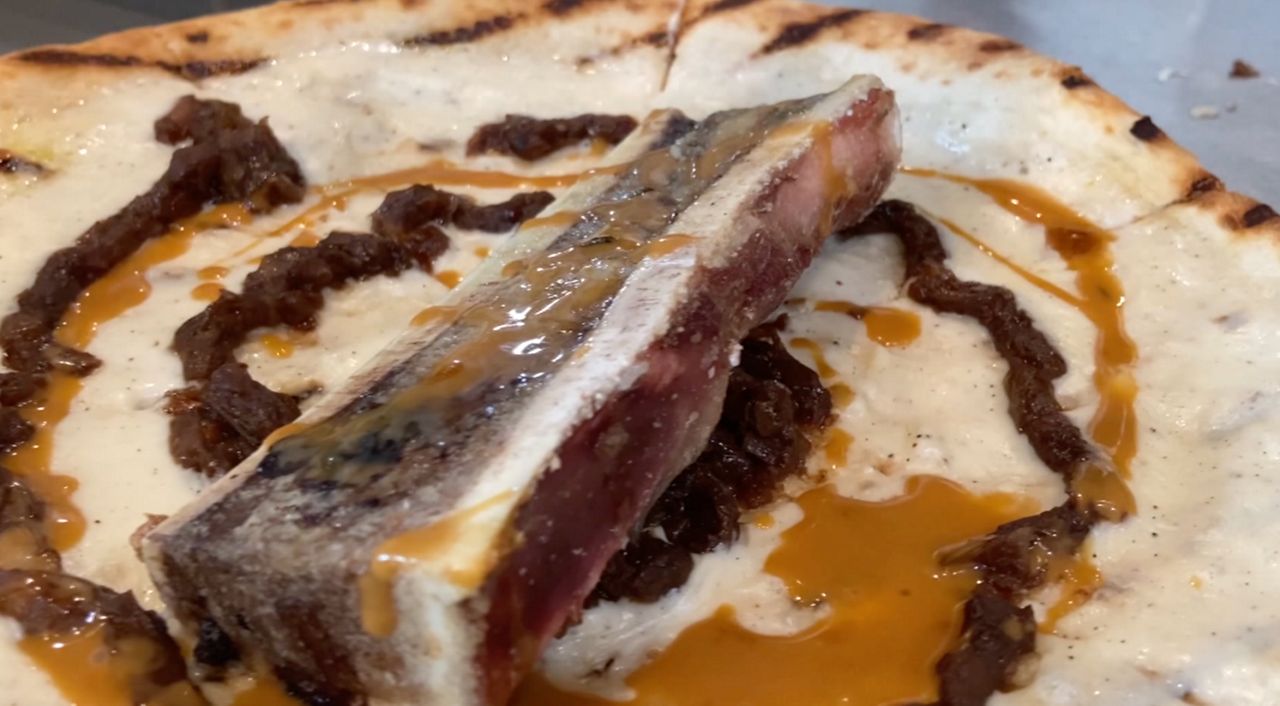 LONG BEACH, Calif. — A new Long Beach restaurant is bringing Filipino flavors with a unique twist. Owner of RemixLB, chef Ross Pangilinan, is serving lumpia, a Filipino eggroll he used to watch his grandparents make as a kid growing up in Southern California.

“Sitting down at the dinner table making them throughout the day and as a kid we would just run in the kitchen, eat a handful of them, and run out of the kitchen,” Pangilinan said.

He spent his days playing with his brothers and skateboarding, not cooking, but he still knew he always wanted to be a chef. Instead of college he went to culinary school, studied in France, and cooked around the world. He finally decided to open his own restaurant in his hometown of Long Beach to create his own flavors.

“It’s a combination of all of that: my upbringing, eating a lot of Filipino and Asian food, and growing up in Southern California. We will do a lot of dishes with Filipino flavors, but I’ll use French techniques,” Pangilinan said.

His first spot was Mix Mix and then Terrace by Mix Mix, and now he is cooking in his newest restaurant Remix, taking the best of both, but adding something new saying it's, “Food that’s approachable, but also food that’s unique, so it’s a good mix for everyone.”

He wanted to introduce the public to Filipino dishes in a welcoming, but unique way, like the pork cheek adobo. He says many guests  never realized it is a traditional Filipino recipe.

“The flavor is very unique with the soy and the vinegar, especially when guests are eating it for the first time. It kind of punches them in the mouth with different flavor that they never had before,” Pangilinan said.

Pangilinan continues to push the envelope, seen in the bone marrow pizza. The dough is actually grilled, so it’s more of a flatbread, then it is topped with a cheese sauce and bone marrow.

“Typically, you serve bone marrow with bread or toast. I said, ‘Let’s make a bone marrow pizza.’ We put the components together: the sweet and tangy, the cheesy sauce, and made it into a pizza and it’s been a hit ever since,” Pangilinan added.

Try this hit and the other twists at Remix located at 3860 Worsham Ave. (in the Long Beach Exchange) Long Beach, CA.