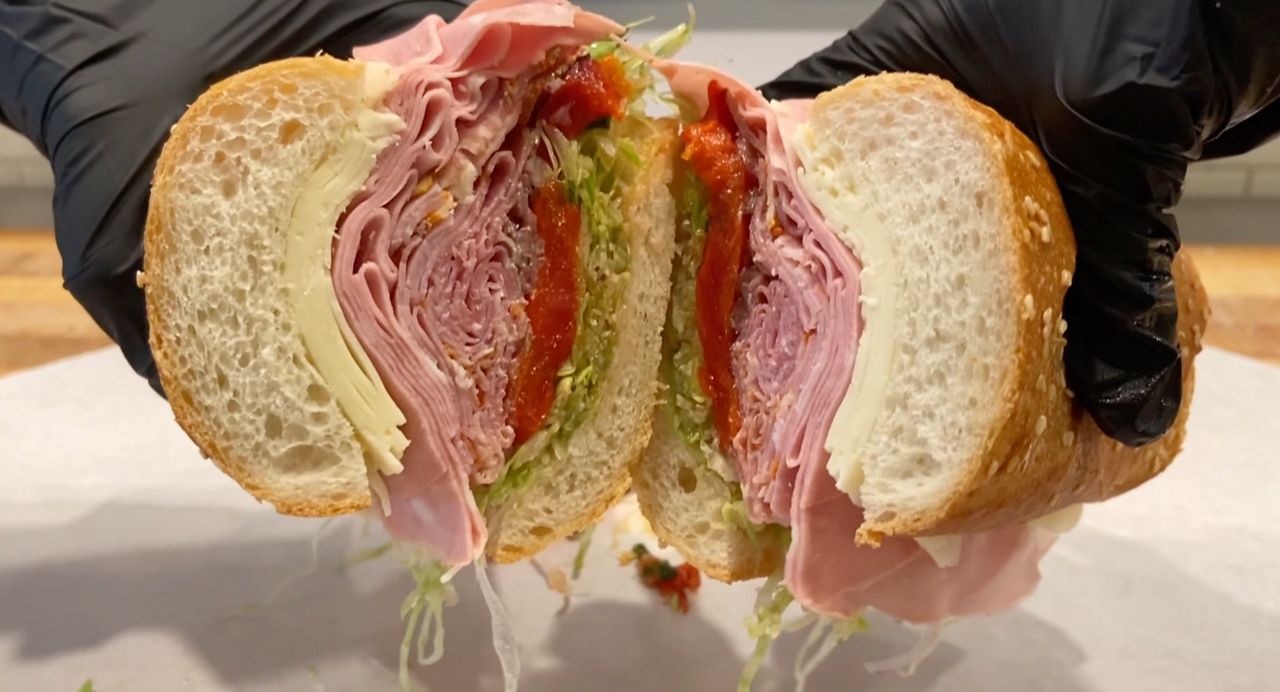 LOS ANGELES — Freshly-sliced meat is the main ingredient of any Italian sandwich, just ask Tony Soprano and his love for “gabagool” or in non-East Coast slang, capicola.

Even here on the West Coast at Uncle Paulie’s Deli this remains true. New Yorker Uncle Paulie himself, owner Paul James said, “Where we grew up, we knew the guy behind the deli case’s name. He knew our grandfather, our father. We wanted to bring something like home."

Whether you are from the East Coast or not, everyone has that favorite sandwich that brings back a memory and reminds them of family, hence the name. It was James’s nickname growing up, but it means more than that.

“Everyone has that uncle they love or hate. It’s family,” he said, jokingly.

James came to LA for love and never left. But that leap of faith was worth it, because now he is married with children and is on his way to owning three successful locations.

“I’m laughing because I’m blessed. I worked hard. It wasn’t handed to me, but it’s a grind,” said James.

When he first moved across the country, he missed that corner deli experience, so he built it himself.

"I was away from home. It was for selfish reasons. I wanted to be back somewhere I grew up going to, somewhere we can stop before going to the beach,” he said.

He serves fresh sandwiches and sides, has expanded the simple menu only slightly over the last four years and has kept it traditional.

“We keep it classic with deli sandwiches. We aren’t trying to re-invent the wheel. We just want to bring a piece of what we grew up on out here,” said James.

People are asking for it. The kitchen was slammed during one recent lunch time rush. Behind the counter, an assembly line formed slicing fresh baguettes, stacking various, colorful toppings and ending with the cold cuts.

The team moves quickly to crank out the orders from lettuce wraps to vegetarian options. But, the star of the show is the Italian sandwich with multiple meats, provolone, iceberg lettuce, onions and peppers with oil and vinegar dressing.

The friendly neighborhood spot is located at 8369 Beverly Blvd. Los Angeles, CA with an Uncle Paulie's Deli Summer pop-up in Venice, a downtown LA location, and a new deli coming to Studio City in September.