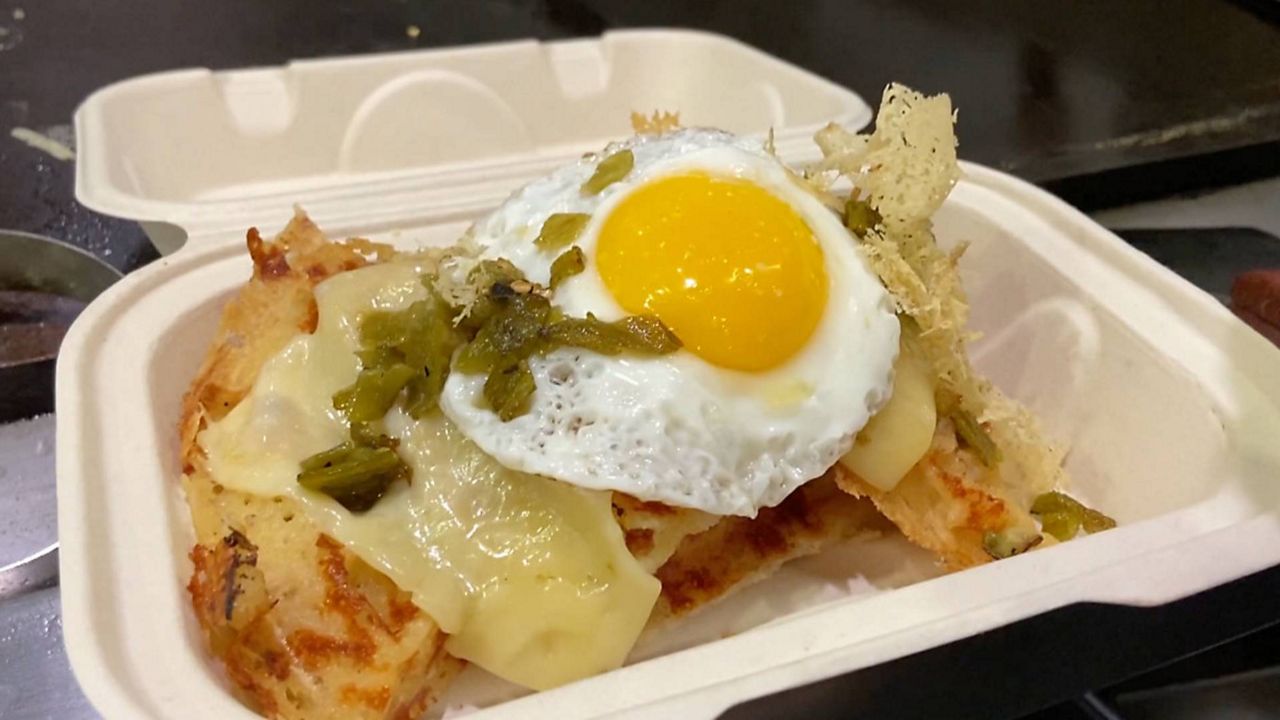 Brunch at any time of day sounds good to chef Vivianna Hernandez, who opened the Something Good food truck to create her own unique dishes that she loves to eat.

“It’s very gratifying to come up with something and see it, and the process and everything," she said.

Hernandez is classically trained and has worked at many restaurants around the city. After some time, however, she felt stuck and wanted to do her own thing — and be her own boss. Therefore, she quit her traditional job to open the first truck a few years ago.

“I was working as an executive chef and felt I didn’t have free range to be has creative and artistic as I could be,” she said.

At first, it was only Hernandez and her wife Mariana, who also quit her own job to bring this dream to life. The pandemic actually brought them more success, since they were mobile and mostly served take-out.

"It was really grinding every day, early in the morning to late at night," said Hernandez. "It was really hard, but now we have this sense of relief and have people we can count on."

They have a second truck and a residency on Sundays at Lokels Only, a new community kitchen downtown that welcomes rotating chefs and menus. Hernandez now shows off her brunch specialties infused with her Mexican background to even more people.

“I want to take my culture and then also the things that I love and elevate it from my classical training and bring people a new experience,” she said.


At this second location, you'll find the tamale waffle — their new item — which is a twist on a family tradition.

"It’s a play on having a tamale for breakfast the next day," said Hernandez. "You fry them in a pan and put a fried egg on it. We wanted to build upon that with breakfast."

Hernandez tried multiple variations to get it just right. The tamale batter is cooked to a crisp in the waffle maker and topped with cheese and an egg.

More staples on the menu include the angus beef sliders and loaded tots topped with crispy pork belly. They're hoping to give diners a sense of nostalgia in every bite.

"That’s what we kind of want, for people to taste it and be like, 'Oh, it brings me back.' It’s really a fun experience," said Hernandez.

Have your own fun experience at Something Good located at Lokels Only on Sundays and around the city with both food trucks. Follow them on Instagram for hours and locations.