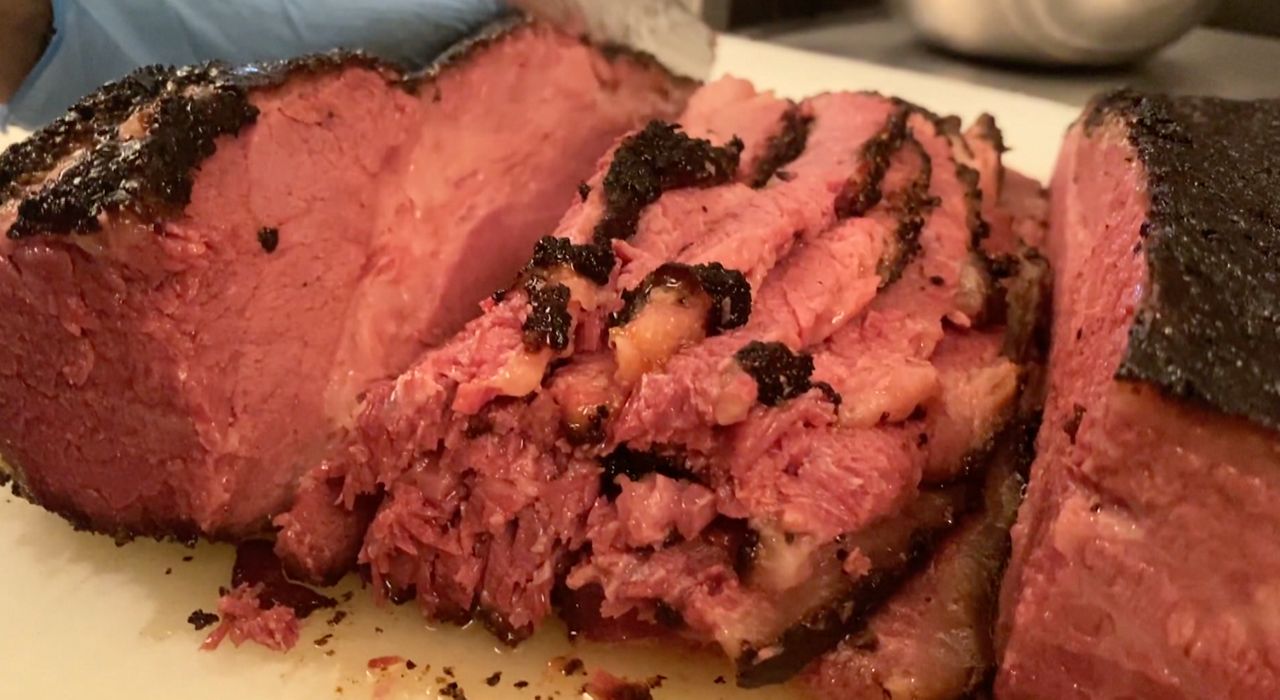 LOS ANGELES – Pop-up restaurants have been increasingly common around L.A. since the pandemic began. One concept, Ugly Drum, got its start at Smorgasburg in the Arts District and is now serving its smoked pastrami out of Bludso's Bar & Que.

Ugly Drum was founded by chef Erik Black whose craftsmanship and creativity brought the restaurant country-wide fame and a cult following. He perfected the hybridized technique of combing the tastes of traditional pastrami with the smoked cooking style.

From the outside it looks like a typical brisket, but when you cut inside, it is the red color of pastrami. Director of Operations of Ugly Drum Kevin Faerkin explains that it is all about the cut of the meat and how it is cooked.

Ugly Drum combines a classic Jewish pastrami brine with Texas-style pit smoking. They start with the whole brisket instead of just the navel cut, which is typically used for pastrami. The meat is then brined in a pastrami seasoning with spices like coriander. But instead of being steamed, they smoke it like a traditional brisket for at least 10 hours to get that gelatinous, juicy texture.

“It’s not just the steamed flavor, you get the infusion of the smoked flavor and the fattiness of the cut,” said Faerkin.

The pop-up got its start at Smorgasburg in 2016, but since the pandemic forced the food festival to close, Ugly Drum got creative. They now cook in the middle of the dining room of popular BBQ spot, Bludso’s.

“The world changed and we had to come up with a pivot and a new way to get this pastrami out to the people who are clamoring for it,” said Faerkin.

While the cooking process is intricate, the menu itself is quite simple right now, which they hope to expand soon.

“It’s a new and improved version of pastrami that has more smoke to it and more unctuous like a BBQ deli pastrami,” said Faerkin.

The most popular sandwich is the Swiss Stack, which has smoked pastrami smothered in Russian dressing and topped with swiss cheese and coleslaw, all in between two slices of bread made by a local bread maker, Bub and Grandma’s.

Try what Faerkin calls "a revelation," and dig into these massive sandwiches from Ugly Drum for pick-up from Bludso's Bar & Que at 609 N La Brea Ave. Los Angeles, CA or for delivery.