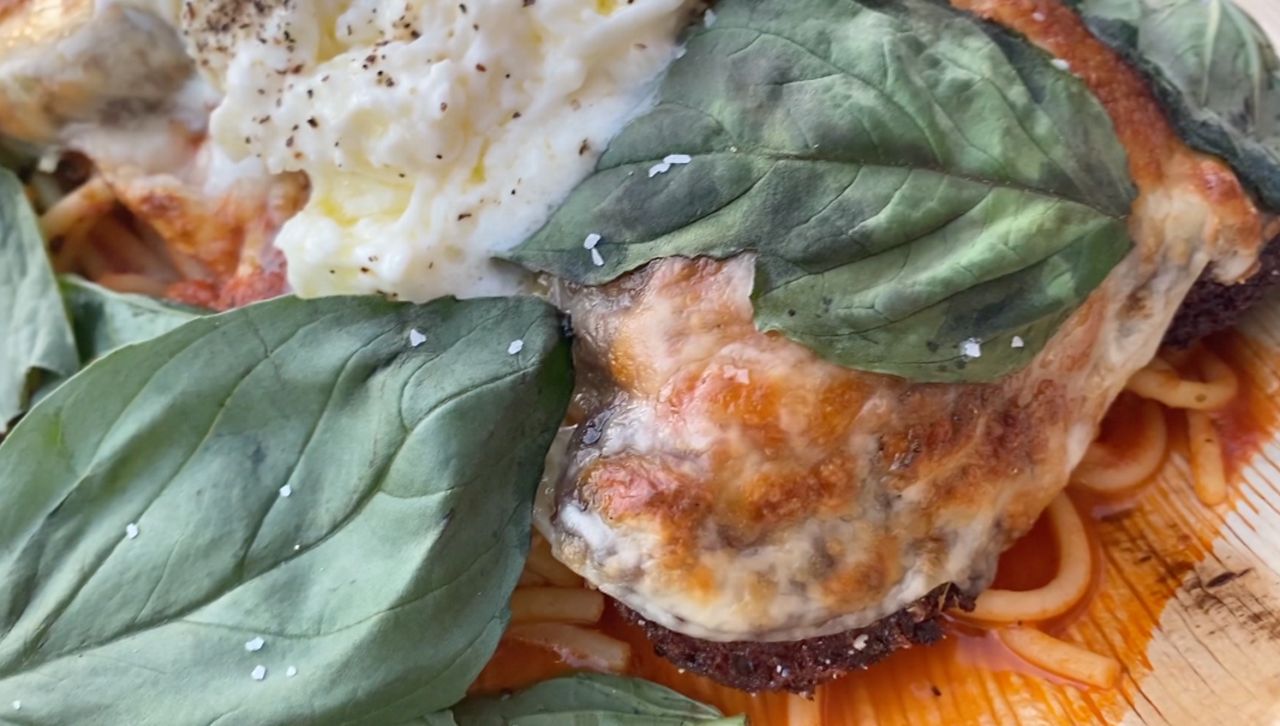 LOS ANGELES — The restaurant industry has been pivoting during the pandemic to stay open and afloat. One pop-up Parm Boyz is serving their chicken parm out of the bar The Corner Door. First, offering outdoor dining, but now switching once again to take-out and delivery.

Co-founder of Parm Boyz Chris Amierault wanted his parm to be outstanding, even using three cheeses. First goes the parmesan, then the mozzarella, all topped with some provolone.

“We are the Parm Boyz If it’s in your name, you have to go big or go home,” said Amierault.

Amierault and his business partner Jake Kolack are two half-Asian kids from Boston with no formal chef training, in Amierault’s words. They met in L.A. and bonded over their affinity for East Coast style, American-Italian food.

“We have to try to infuse ourselves into our food, so it’s a labor of love and we hope people can taste a difference,” said Amierault.

To fulfill their cravings, they would play around in the kitchen working on their perfect parm. They would invite friends over for Sunday dinner. It snowballed from there and turned into a pop-up before the pandemic. But now, Parm Boyz has a residency at The Corner Door Bar, which needed food to stay open.

“They had a space that was available and a bar program that is really great, but didn’t have a direction in the kitchen they wanted to go. It just kind of made sense. You scratch my back, I scratch yours,” said Amierault.

He never expected his hobby to turn into this, with reservations being made months in advance all to dig into his parm, meatballs, and other offerings.

“In all my wildest dreams, if you asked me what I would be doing, I would have no idea I would be in charge of a parm pop-up,” said Amierault.

Even though they aren’t Italian, Amierault says they worked hard to come up with the recipes, trying over and over again, even infusing their Asian background by using panko bread crumbs, but the basics stay true and simple.

But he doesn’t want you to take his food too seriously, just kick back, relax, and have a good time.

Have a parm party with the Parm Boyz located at The Corner Door at 12477 Washington Blvd. Los Angeles CA. Take-out and delivery will be available through ChowNow, DoorDash, and, Postmates on Thursday through Saturday from 4 p.m. to 9 p.m.