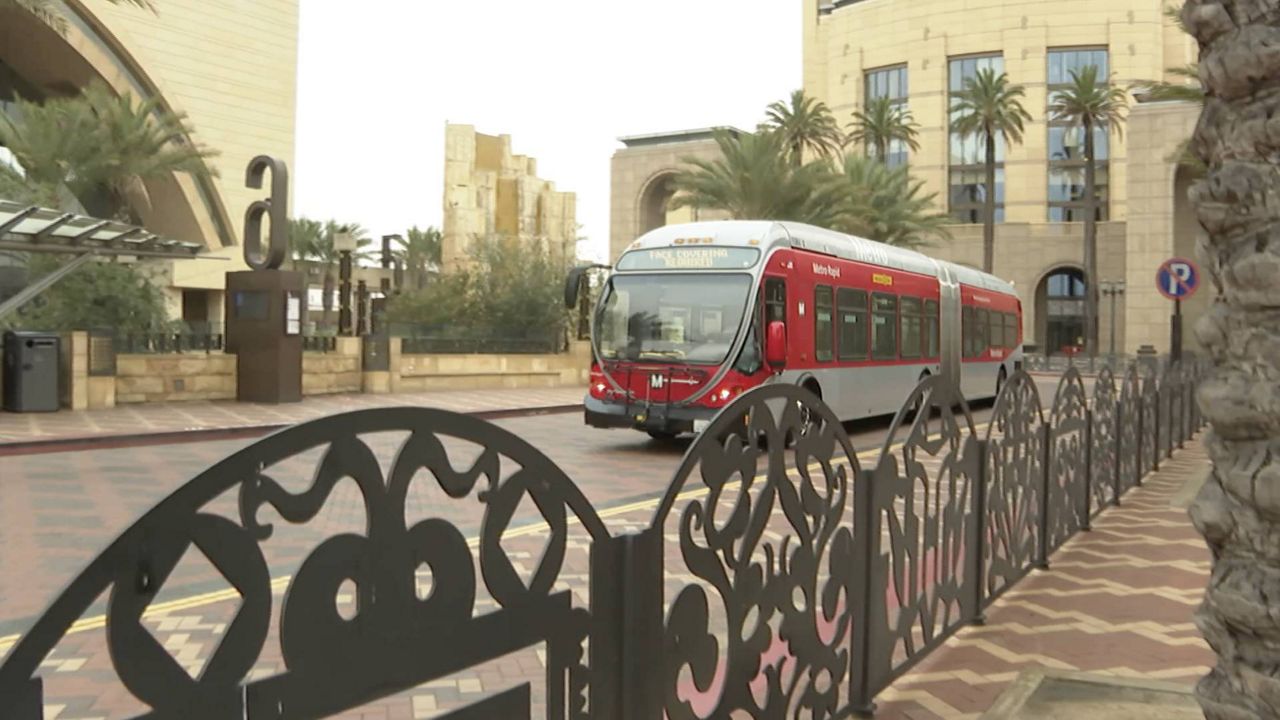 LOS ANGELES — Los Angeles Metro employee Jennifer Loew said that when she made the decision to become a whistleblower, she never knew the kind of toll it would take on her.

A mother of three, Loew has spent the last two decades working in public service and explained that she’s often been recognized for her performance. But when she started raising concerns two years ago about what she viewed as unethical behavior by L.A. Metro leadership, she said she was retaliated against. Her office suddenly shifted from the executive floor to the basement of the building.

"I had black mold falling from the AC vents in the office that they put me in. I’ve been put in a rubber room essentially after whistleblowing. They can pretty much stomp people who are trying to uphold the law and do good things for the agency and the riders.”

For more than a year, Loew explained, she collected records and evidence of what she alleges to be unethical actions, and started to turn them over to local and federal law enforcement.

"I’ve seen pay to play politics," she said. "I’ve seen a number of contracts awarded to friends of, say, the board members or the CEO. And I also knew that it had to be stopped. I realized I worked with a lot of people who felt like they didn’t have a voice and felt intimidated at work, so I felt I needed to come forward and put a stop to what I was seeing."

One of the issues Loew felt strongly was an example of cronyism and a misuse of taxpayer funds has to do with a sole-source, no-bid contract between L.A. Metro and the L.A.-based nonprofit Peace Over Violence to establish a hotline for Metro riders to report sexual harassment. The hotline and marketing campaign around it was named “It’s Off Limits.”

Loew was the project manager overseeing the Peace Over Violence hotline and had to put together its monthly reports. She explained how she noticed a discrepancy in the number of calls POV and Metro had been reporting publicly versus the raw data she analyzed in the call logs.

Loew showed Spectrum News 1 the call records to back up her claims, which matched records sent to us by L.A. Metro. The low call volume, she noted, meant that each call was costing taxpayers up to $8,000.

"Metro was counting hang-ups as part of their call volumes to justify the contract with Peace Over Violence," she said. "I was shocked when I learned that."

POV, however, reported hundreds of calls for 2019 and said that in 2020, calls only decreased due to the pandemic’s impact on ridership.

We reached out to nonprofit Peace Over Violence, which responded by saying the organization does not inflate the call numbers, that all calls coming into the hotline are considered legitimate, and that hang-ups are not uncommon.

The nonprofit did not agree to do a sit-down interview but released the following statement: “We cannot put a price tag on serving a survivor of violence. This calculation of $8,000 a call is social math that does not express the severity of sexual harassment/assault or the seriousness of the issue. POV is there to serve the people that call, 24/7.”

Loew added that she doesn’t want to diminish the need for resources for victims but argues there are free hotline alternatives that would have saved taxpayers money. She explained how she took those options to her supervisors.

She became convinced the contract was awarded to Peace Over Violence and renewed each year despite low call volume, not because it was necessary service for LA Metro, but because of politics. The nonprofit’s director, Patti Giggans, happened to be a close ally of one of L.A. Metro’s board members. Loew added that the contract was renewed despite L.A. Metro facing a $1 billion deficit.

L.A. Metro officials wouldn’t sit down for an interview either but told us the success of the hotline is not based on volume of calls, that the hotline is an essential resource, and that “there is no price that can be placed on personal safety and well-being.”


We conducted research into L.A. Metro’s conflict of interest regulations and found they are some of the strictest of any local agency. Politicians who sit on the MTA board are prohibited from participating in decisions on contracts if they have received more than $10 from the companies seeking the work.

We found that since 2014, Peace Over Violence has acquired contracts and purchase orders with at least either other L.A. County offices in addition to Metro.

Loew filed complaints with the L.A. County District Attorney’s office, the U.S. Attorney’s Office, and the L.A. County Sheriff’s Department. Sheriff’s detectives confirmed to us that they served a search warrant earlier this year on both Metro offices and Peace Over Violence in connection to a criminal probe but they wouldn’t offer any other details.

L.A. Metro and Peace Over Violence both confirmed the search warrant but had no other comment.

Loew said she has built her career in public service, and while the recent experiences have made her feel as though she’s wearing a scarlet letter, she is willing to keep blowing the whistle until she feels someone is paying attention.

"I hope that the hard evidence that I have will shed light on the fact that elected officials should listen to whistleblowers, that we don’t do this for our own gain. We do this because it’s right, and that justice will be had."