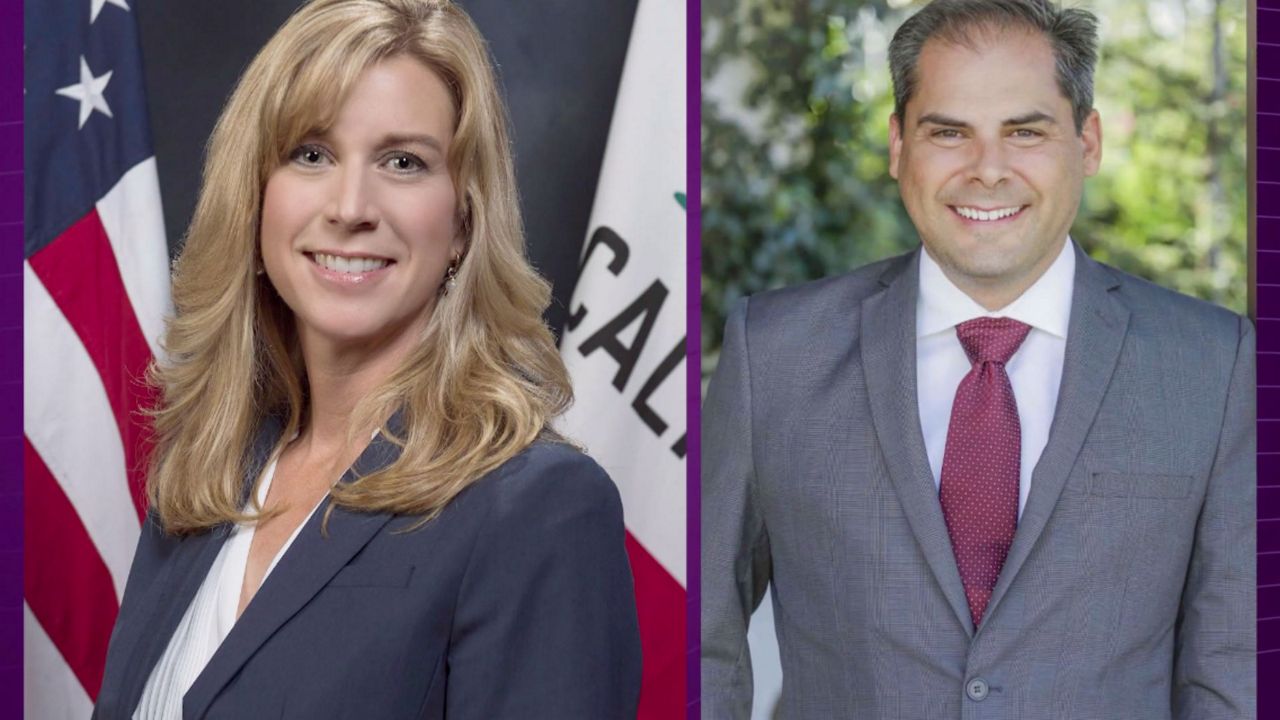 USC Professor Suggests 1 Candidate Has an Edge in 25th District

WASHINGTON, D.C. – A coveted seat in the House of Representatives is up for grabs Tuesday, garnering national attention after former Rep. Katie Hill (D-25) resigned in late-October. It’s the congressional district where Katie Hill made a big splash, both with her entrance and exit and now it’s time for two candidates to battle it out for her vacant seat: Republican Mike Garcia and Democrat Christy Smith.

District 25 is a competitive area in California, especially after the 2012 election, which followed redistricting based on the 2010 Census data. These two candidates have completely opposite views on many things, like how to handle the coronavirus and healthcare.

University of Southern California Professor Christian Grose studies California politics and Congress day in and out. This race has caught his eye, though even he isn’t sure who will win.

The district had been red since 1993, until Hill flipped it in the November 2018 election, sworn on January 3, 2019. Grose said if Smith wins, it suggests the area is becoming more solidly Democrat. If Garcia wins, it shows he ran a good campaign, and in reality, Grose said it would be slightly surprising if a Democrat won again, especially since the area leans Republican.

“The fact that a Democrat won when Katie Hill won, was a really big deal in terms of suggesting a shift that we’ve seen all over the state towards Democrats,” Grose said. “And now you know if Garcia is the Republican, Mike Garcia is running - based on early ballot returns, Republicans are doing well. More Republicans have returned their ballots than have Democrats. So it would not surprise me if he’s able to reclaim the seat for Republicans. The seat, if anything, California 25 is the classic competitive district that either party can win depending on the election.”

Grose said this election is especially unique because of COVID-19, with virtual campaigns and more ads, as opposed to in-person canvassing which was critical to the Hill campaign.

“With Coronavirus going on it makes the race a lot more uncertain,” Grose said. “That just puts a big question mark over this district about what would happen and who’s going to win, but it also suggests that whoever wins in the special election may not be the person who wins in November, right? Because the turnout could be different in November if we’re past a lot of the real pandemic problems by November 2020.”

Grose said for Decision 2020, what matters here are the constituents who have been without representation since October of 2019. He said another rare component of the 25th District Special Election is the high-profile leaders who have weighed in. President Donald Trump and Ambassador Nikki Haley have endorsed Garcia, while former President Barack Obama and former Secretary of State Hilary Clinton have endorsed Smith.

.@MikeGarcia2020 will be a tremendous fighter for the U.S. and the State of California. An Annapolis graduate, he served our Country as a highly decorated Navy Fighter Pilot and will be a great Congressman (#CA25). Loves our Military, and Vets...

There’s a key special election coming up in California on May 12, and I’m happy to support @ChristyforCA25.

Christy has been an effective public servant from the school board to the CA Assembly, and we need her in Congress.

Help her protect this seat! https://t.co/5wzotXH5r0