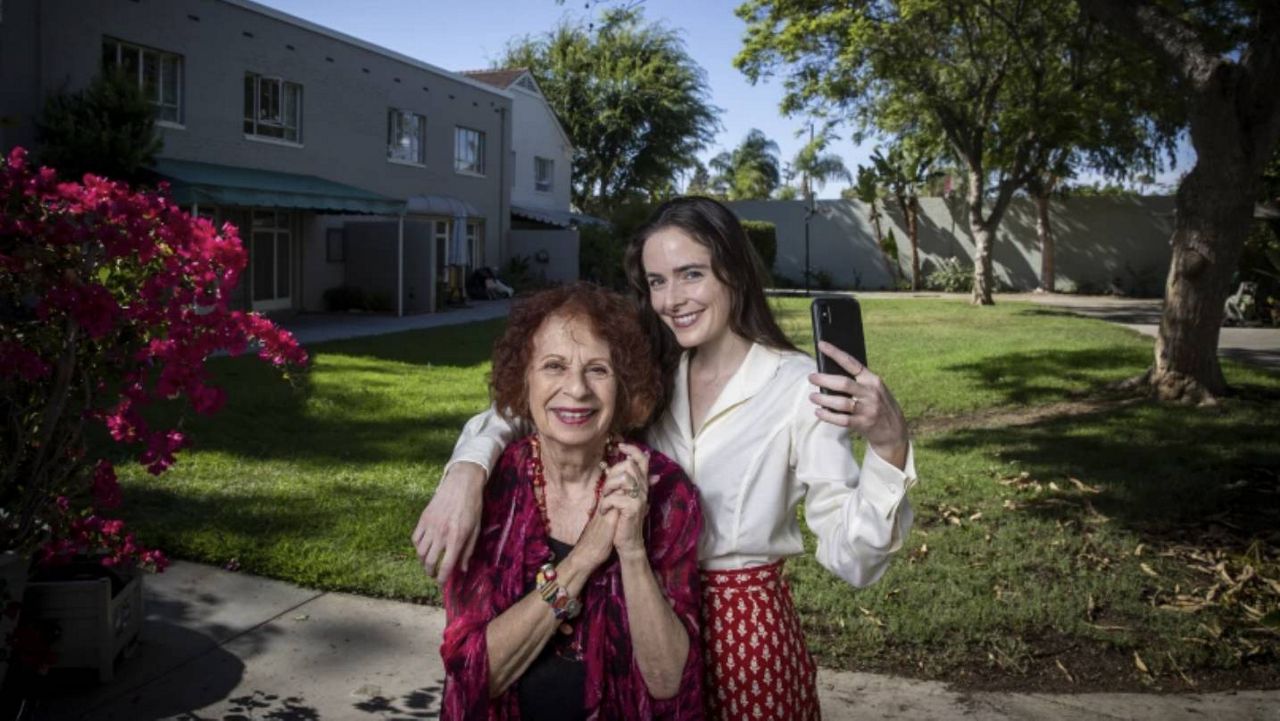 Annie Korzen is an unlikely TikTok star. At 82-years-old, she has had a successful television and storytelling career, but her more than 223,000 followers and 2.2 million likes on the short-form video app have been a happy surprise.


In an interview for LA Times Today, Annie Korzen and her "technological brains behind the operation," Mackenzie Morrison, joined host Lisa McRee to share their story.

Korzen has been in shows like "Seinfeld" and has had a long career in television. She said she wanted a bigger audience, and everything changed when she met Mackenzie.

"We met at a charity event. Mackenzie's mother is a member of an activist church, and they were organizing something for homeless people. I was asked to help them to conduct storytelling. Mackenzie and I met, we found out we like vintage fashion. We just became buddies despite our huge age difference. We are soulmates," Korzen said.

Mackenzie said Korzen is one of the most unapologetic people she has ever met and knows she has a lot to offer for TikTok.

"She just naturally was perfect for this app. I think the second she started telling stories; people just fell in love with her. We shoot once a week for a couple of hours, and we never do one twice. It's always just in the moment, and spontaneous," Mackenzie said.

Some of the content Korzen creates focuses on life lessons and funny stories because she wants her platform to bring people joy.

"We are so surrounded by ugliness and disease and pestilence and war and racism. I wanted to create a space that was absent of all of that. I wanted to give people a little inspirational hope, a little optimism. I'm not all that optimistic myself, but maybe it's also healing for me to focus on the positive things in my life and American life," Korzen added.

Other topics Korzen focuses on have to do with relationships.

"I talk about relationships; there are a lot of lonely, single young women out there who want to meet somebody. I think many of them are looking for the wrong thing; they are looking for a clone. And I say don't look for your double, look for somebody different, and someone that has your back," Korzen added.

Ever since they started working together, Korzen said she has learned so much from Mackenzie.

"For me, McKenzie has been a bridge to another generation. Mackenzie and her generation see me in a way I never saw myself. For starters, they will tell me that I am beautiful; I have never heard this in my life. Even today, as an actor, if a call would go out for an attractive woman on a TV show, I would not be seen for it. I'm not what Hollywood thinks of as attractive. And here I have Mackenzie and these millions of people who keep telling me I'm beautiful. And it gives me hope that maybe that generation has a more open idea of what beauty is."

Years ago you would have known Annie Korzen, 82, as that obnoxious neighbor on "Seinfeld."

Thanks to a 30-year-old friend, she has new fandom on TikTok.https://t.co/qFYOlSZId1