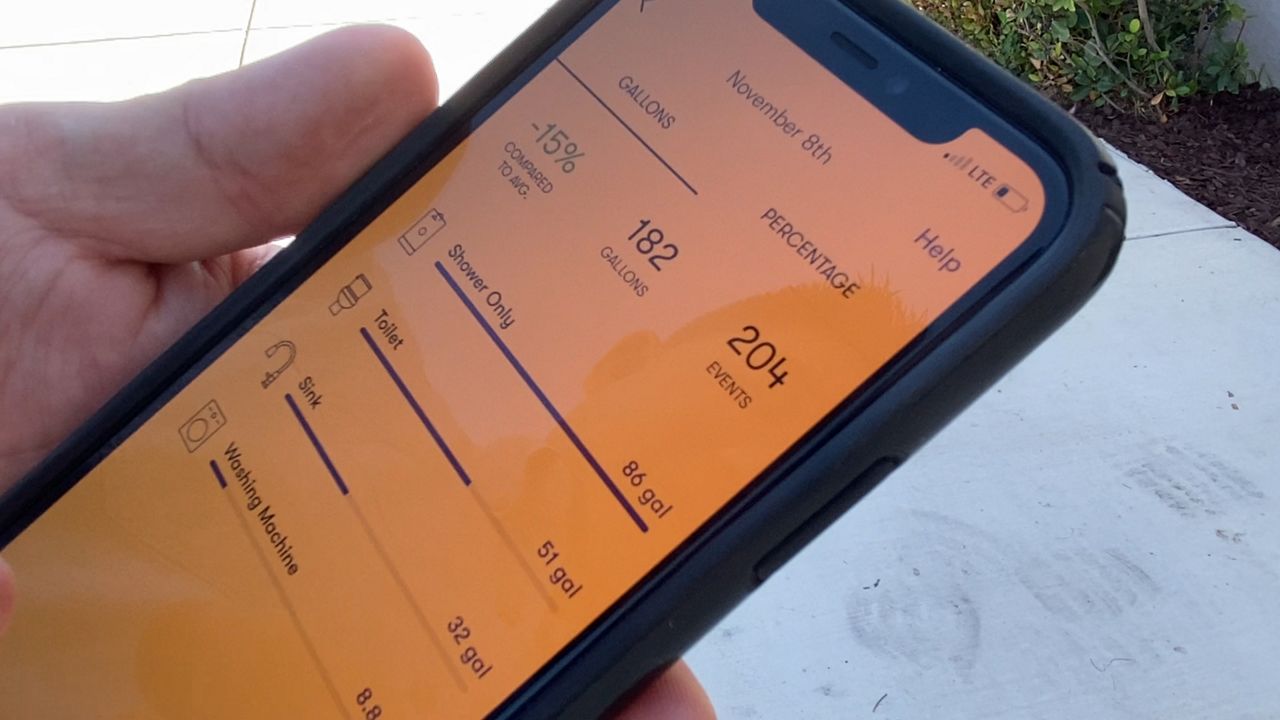 Ryan Kim knows water is the most precious resource on the planet. It is critical to our survival.

"I have come to appreciate water like never before," he said. "You have more people needing the water and at the same time, the infrastructure that carries our water is decaying, falling apart."


According to the Environmental Protection Agency, one trillion gallons of water is wasted through leaky pipes and municipal plumbing systems every year in North America. It is why Kim founded Phyn, a water-saving tech company, in 2016.

"All the water that's being used in the house is going through this device," Kim said, showing off the device.

It is called the Phyn Plus, and it is paired with a smartphone app.

"We provide what is essentially the equivalent to an itemized water bill," Kim said.

Homeowners can see how much water they are using over a given time and how it is being used, such as showers.

"I can tell by looking at this that these two were my two teenagers," Kim laughed.

He said that is the first step to becoming more water-wise.

"When we inform people about the amount of water that's being wasted, a sense of urgency goes up and it's a call to action," Kim said.

The other purpose is to detect leaks. The Phyn Plus can automatically shut off water to the house if it notices irregular water usage.

"It starts from the minute you install it monitoring and learning what is normal behavior in every household and adapts to it automatically," he said.

One common problem is toilet flapper leaks, which affect roughly one out of every five homes in America in any given year. If left undetected, they can waste more than 1,000 gallons of water per day, enough to fill the average swimming pool in a month.

"When your phone beeps and you look at it and it says over the last three days, you've wasted 3,000 gallons of water it kind of shocks you into holy moly!" Kim said.

Once aware, he said homeowners tend to fix the problem within a week.

Along the way, Phyn has received several awards for its technology, and its CEO sees a future where leak-detection equipment like this becomes standard.

Because when you are a company that speaks water — every drop counts.