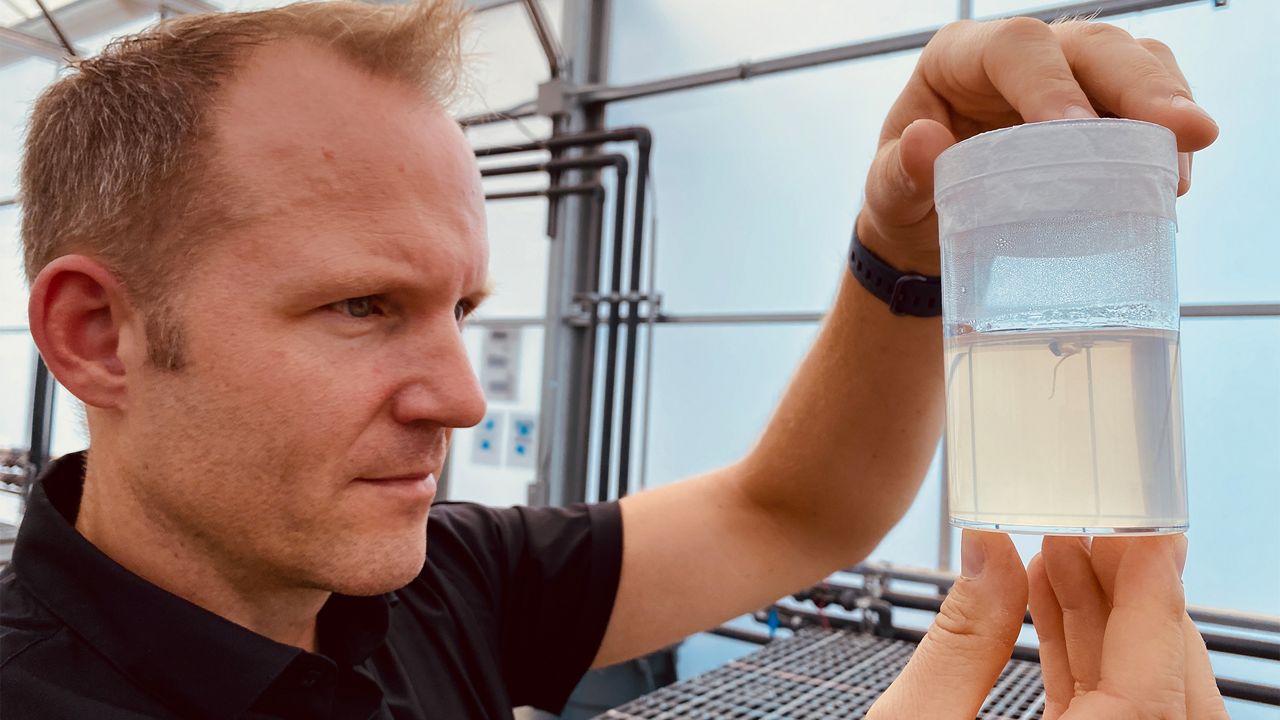 SAN DIEGO — One of the big problems of climate change is carbon dioxide in the atmosphere: raising temperatures around the globe, creating deadly storms, catastrophic flooding and persistent droughts. Scientists in San Diego are working to fight this problem by developing a new generation of plants.

Professor Wolfgang Busch believes the key to solving the climate crisis is locked inside the roots of plants. He is co-director of the Harnessing Plants Initiative.

Plants are the original carbon scrubbers, removing CO2 from the atmosphere and storing it in their biomass. Unfortunately, this carbon storage is often temporary. When crops and other plants die and decompose, much of that carbon returns to the atmosphere.

HPI is an innovative approach that relies on Earth’s existing carbon storage mechanisms to help solve climate change. To keep more carbon in the ground, and store it in long-lasting roots, Salk scientists are developing a new generation of crop and wetland plants.

“Carbon in the soil is great," Busch said. "If you have soils that have a lot of carbon, those soils are more fertile, so it’s a double win. We fight the climate crisis and we can actually increase the productiveness of soils.”

“It’s going to allow us to stay living on this planet," Professor Joanne Chory said. "We’re at a crossroads. We have to make a decision or not make a decision, both of those are going to have consequences. We can’t just come in and wreck places and then move
on."

The key is suberin, a plant tissue that loves carbon and is already found in roots. By increasing root mass, depth and suberin content, Salk researchers will transform wheat, rice, corn and other crops into carbon-storing machines.

“It’s a great privilege to be able to work on a problem that is both scientifically very, very interesting, but also has a tremendous potential to make our world better," Busch said.