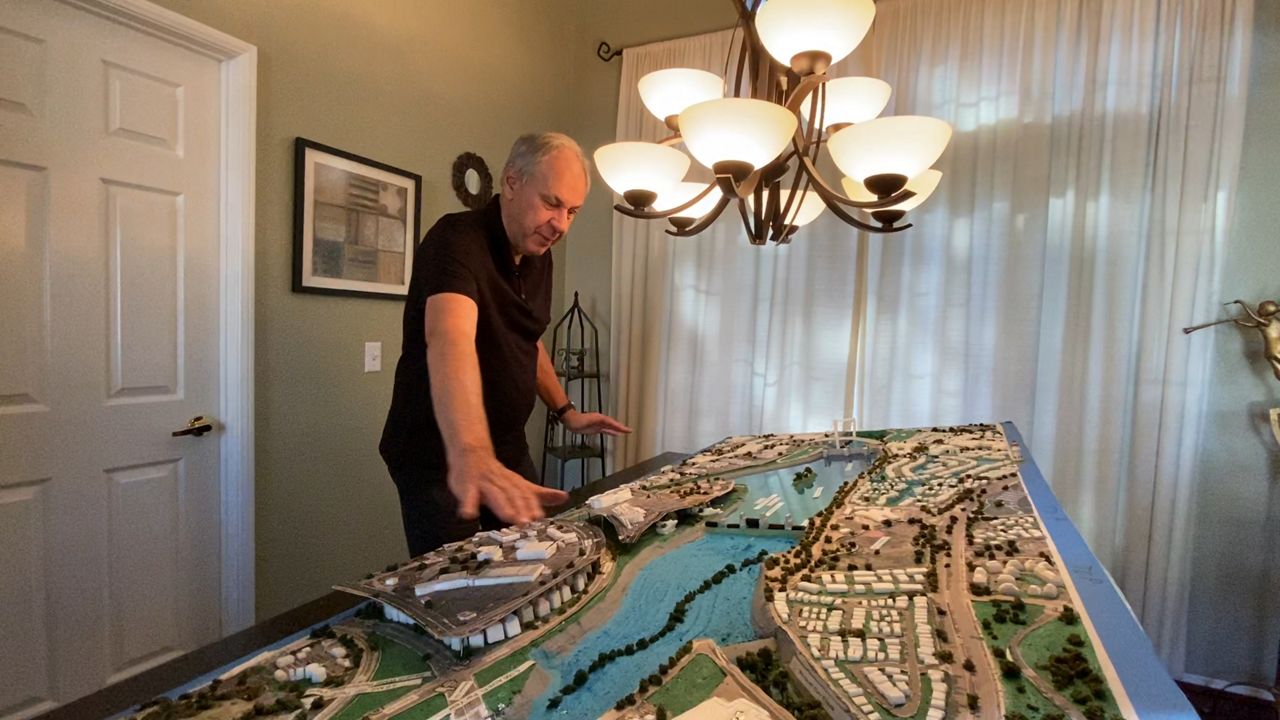 The Metropolitan Water District that made the declaration manages water delivery to 26 agencies in six counties with 19 million customers.

One Santa Clarita resident says he could have the prototype to alleviate the drought in several cities with a lake.

John Pramik has been the pianist for some of the biggest films of our time, including "The Curious Case of Benjamin Button."

"I've done sidelining for films and I was in the movie 'The Truman Show' with Jim Carrey and Ed Harris," Pramik explained.

But these days, he's using his hands for a very different, unexpected passion born out of a random rainy day in 2017 that led him to build an entire water conservation concept.

"I took my umbrella and I walked out on the bridge right here and I'm looking at all this water going underneath and I'm thinking there must be a way to hold this precious water back for our community," he said.

He started doing all the research he could, finally coming up with a plan and building a model of Santa Clarita to showcase what he calls the Santa Clarita River Lake Project.

With just some grading of the river that's already there and two new dams, Pramik said the rainwater that typically flows right through the Santa Clara River into the Pacific Ocean could instead be captured and stored in a lake.

"The river-lake would be at the dam here, so very low-level dam," Pramik said, referring to his model. "The dam is 12 feet high, so you can see there's not a lot of pressure. And it's a hydraulic dam so you can see it goes up and down."

Pramik said that after about four years and 10,000 hours of research and conceptualizing, he started sharing this model with several legislators and local leaders, including the city of Los Angeles.

Santa Clarita Mayor Bill Miranda said he supports the project and put out a video to residents asking them to attend a meeting held last week to learn more and share their thoughts on the idea.

He said over the phone that the community would be the ones to determine if this is viable.

"If it's viable, then we go into the next space, we find out and this is where we work with the city and we find out if it's sustainable," Miranda explained. "Right? We don't want a project where we build something and it's not sustainable, it can't last." ”

He and Pramik said they've already spoken with numerous engineers about the concept, but as the details continue to iron out, they'll still need a lot of direction.

Still, it's a vision Pramik is ecstatic about.

Pramik is currently trying to garner the support of the community for the project. For more information, visit: santaclaritariverlake.com/.