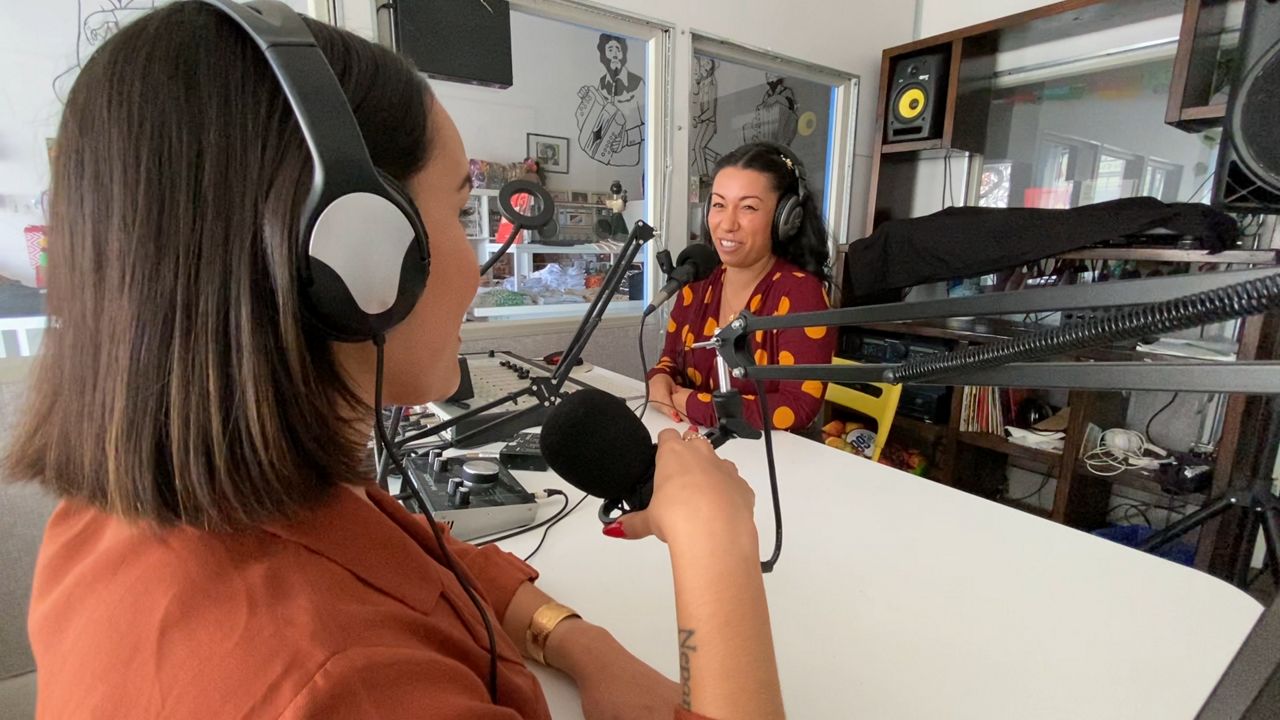 BOYLE HEIGHTS, Calif. - It was the first time Diosa Femme and Mala Muñoz have been back to their old recording studio in Boyle Heights since the COVID-19 pandemic began.


"I always have to bring my mic all the way down," Femme said with a laugh.

"I have to put mine all the way up," Muñoz added.

They used to record at the free community radio station called Espacio 1839, where the two who didn’t have any media experience developed their skills.

"We were able to learn how to use a soundboard, and we recorded, I think, the largest chunk of our Locatora Radio episodes here," Muñoz said.

The two have been friends for years and launched their popular Locatora Radio podcast in 2016 — a play on the word "locutor," which is Spanish for "broadcaster." The two Latinas are Los Angeles natives but had gone away from college and were working in the nonprofit world.

"We both came back around the same time and were trying to navigate, what does LA look like as adults, and how can we talk about the things we’re experiencing?" Femme said.

Since then, they say their podcast has been downloaded more than a million times.

"It’s been really cool to meet our listeners when they’re young in high school or in college and then see where they’ve ended up now, five years later," Muñoz said. "We’ve interviewed some really phenomenal women who have gone on to win awards for their writing who are visual artists, who are poets, who are activists and who are geniuses in their own rights and their own lanes."

They also cover a variety of sexual topics often considered taboo in the Latinx community.

"We talk about sexual education. We talk about reproductive justice. I like to think about Locatora Radio as the 'sex ed' your family wouldn’t give you because there’s been a lot of shame in our community to talk about sex," Femme said.


And now they’re expanding their programming. Over the summer, the women raised $15,000 through crowdfunding to officially launch Locatora Productions.

Their newest program, "Marijuanera: A Podcast for Potheads" combines comedy and cannibis.

"We’re not phony. We don’t pretend to be anything that we’re not. We’re very genuine people, and that’s really why we started, and I think that’s why people have connected with us," Femme said.

It's a connection they hope will continue to entertain and inspire Latinx listeners of all ages.

"If they feel represented, we love that," Muñoz said. "But mostly, we just want people to walk away feeling like they can do something with their talents."