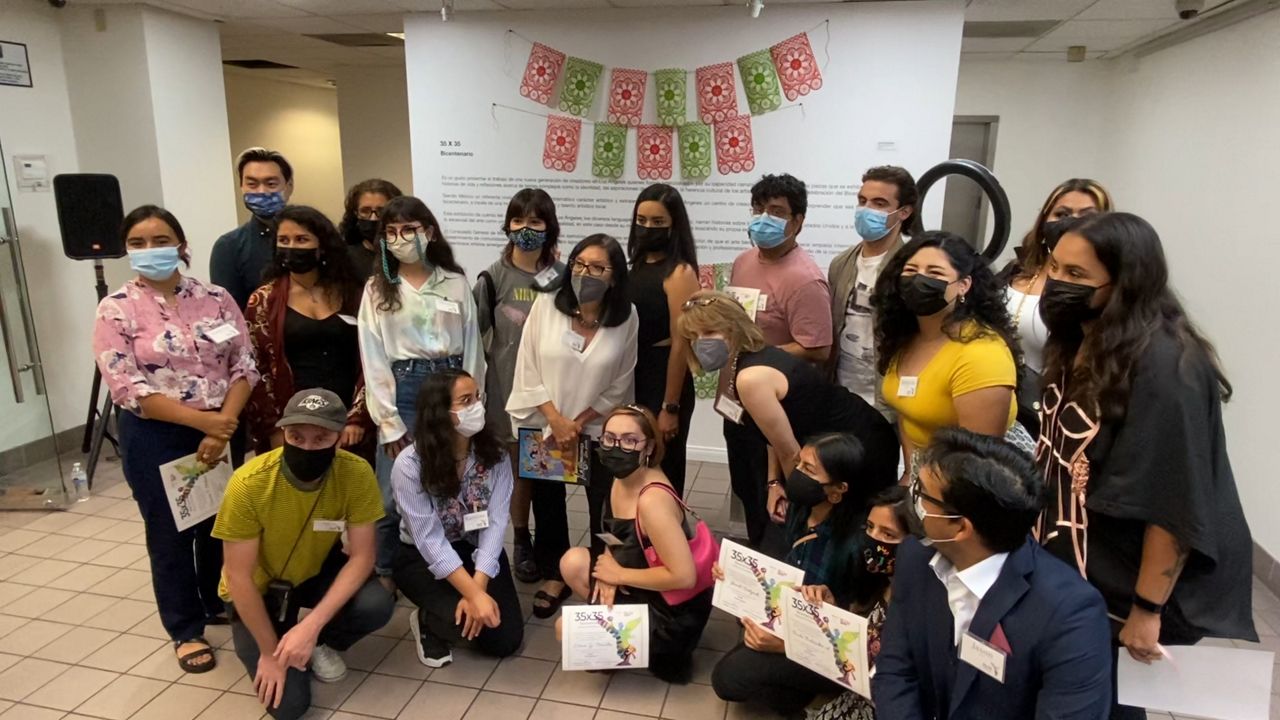 "These are silhouettes of me. I kind of just blew up my own photos and outlined them," Emami said, explaining her artwork.

She is half Mexican and half Iranian, which she incorporated into the designs of her pieces. One of them was a reflection of her love of Ballet Folklorico. She used red, white and blue to represent America — blending Mexican clothing designs with henna patterns to speak to her Middle Eastern roots.

"They are creating new pieces that talk about where they come from but also about the reality they are living as immigrants in LA," Consul for Cultural Affairs Cynthia Prida said.

Not to mention, Emami placed second out of more than 100 entries.

"And it reassures me that I'm going in the right direction that I've always wanted to," she said.

Emami is one of 35 artists under 35 whose work is on display in this year's "35 x 35 Bicentennial" art competition by the Mexican Consulate.

"We have a really big pool of emerging artists and if there is a way to celebrate Mexico, it should be through culture and art," Prida said.

Marietta Bernstoff is a longtime curator and art critic who judged the competition.

"There's quite a few young women here who are in an amazing capability of painting, which is always encouraging for a curator like myself to see," she said.

"It's almost like a Norman Rockwell, except it's in a Mexican style. It's fascinating to see what she's done with this," Bernstoff said.

Emami's other piece showcased a day of the dead skull hiding within geometric shapes, a nod to both Mexican culture and the mathematics in Islamic culture.

"Just because you move to a city like Los Angeles and the United States doesn't mean you have to let go of your own culture. You should blend and you participate and bring the best of both cultures to your existence," Bernstorff said.

The exhibition included mainly paintings, but there were other mediums such as sculptures, photographs, mixed media and even a short film entitled "An Ode to Beans."

"If they are being exhibited here, it's because they have something or because their artwork, it has technical value or aesthetic value," Prida said.

It's a priceless value for Emami and many other young artists who dream of seeing their work on display.

"This is exhilarating and I know I'm going to remember this moment for the rest of my life," Emami said.

CORRECTION: A previous version of this story incorrectly stated the end date of the exhibit. It runs through Oct. 29. The error has been corrected. (Sept. 30, 2021)