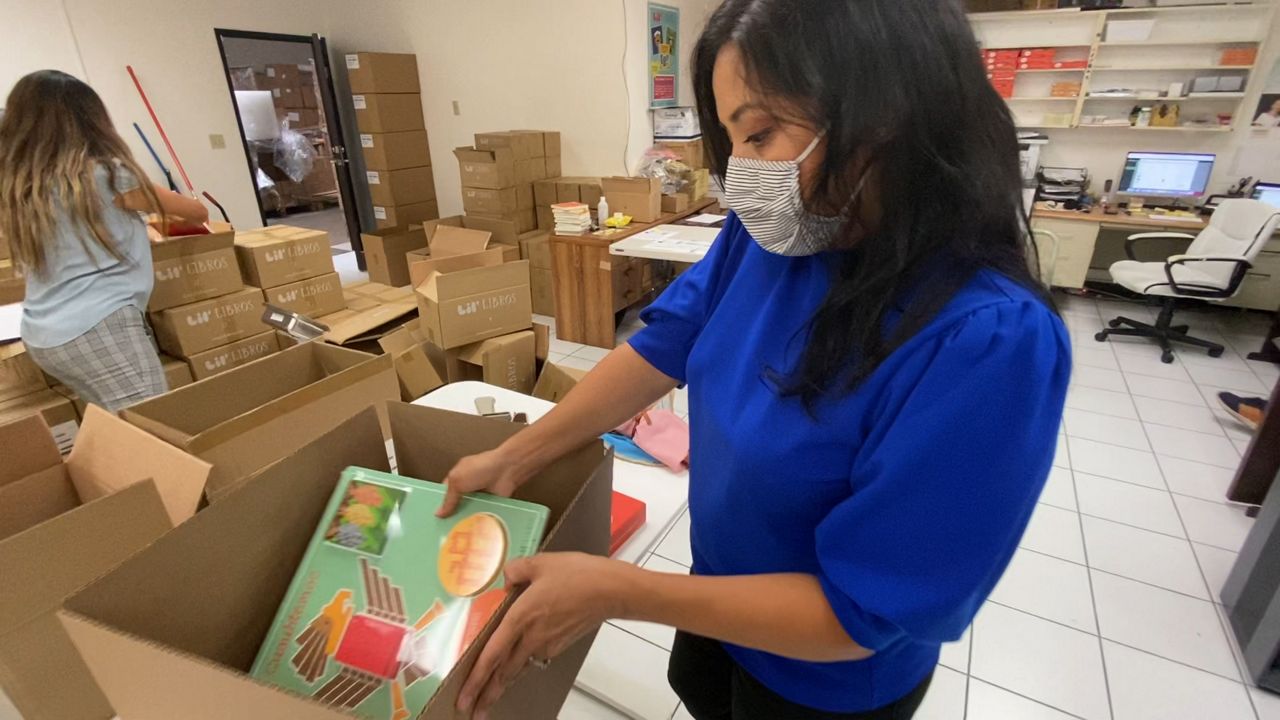 At their offices in Sout​h Los Angeles, Lil' Libros co-founders Patty Rodriguez and Ariana Stein packed up boxes of books to ship to their customers.

The two have been close friends since junior high and launched Lil’ Libros from their garages at home in 2014. Since then, they have sold more than 1.5 million books worldwide.

Rodriguez says she wanted her young son to share in the love of his Mexican culture but couldn't find any bilingual books that celebrated her identity.

"The books that I did find we just translations of classics like 'If you Give a Mouse a Cookie' [and] 'Where the Wild Things Are,'" she said.

At that time, only 2% of books were written by or about Latinos. Researchers at the University of Wisconsin say that number stands at 6% but is still well short of the 26% of Latino children living in the U.S. — which is what first inspired Rodriguez.

"What would it look like if I maybe pitched the idea to publishers to create a series of board books inspired by my culture?" she said.

Their first book, "Loteria," remains one of their bestsellers and is based on a popular Mexican card game.

"What we wanted to do was just bring those elements that remind us of our own childhood and of family and our traditions, and put it in a book," Rodriguez said.

The company is now looking to grow even faster — but instead of relying on traditional investors, it’s turning to the public — including many of its own customers — for equity crowdfunding through WeFunder.

"Being first-generation Americans, we don’t have a network," Rodriguez said. "We can’t just call an uncle from the east coast and ask for [a] $1 million check, and maybe we’ll pay you later or not."

They launched their campaign on July 1 and say they raised $2 million in less than five days. That total has since surpassed $3 million with more than 8,000 investors.

"You don’t have to explain why this is important, why we should fix this problem, because they already know," Stein said.


Most of the Lil’ Libros titles are aimed at kids 5 and under, but the co-founders have also started creating content for children as old as 9.

During the pandemic, Rodriguez and Stein developed an online portal with resources for parents and teachers.  The two moms say they ahve received an incredible response from the community.

As their business expands, they hope to enable more Latino children to finally see themselves in the stories that help them grow.

The books are sold at Target, Barnes and Noble, Amazon, local museums, and independent bookstores such as Children's Book World in West LA.