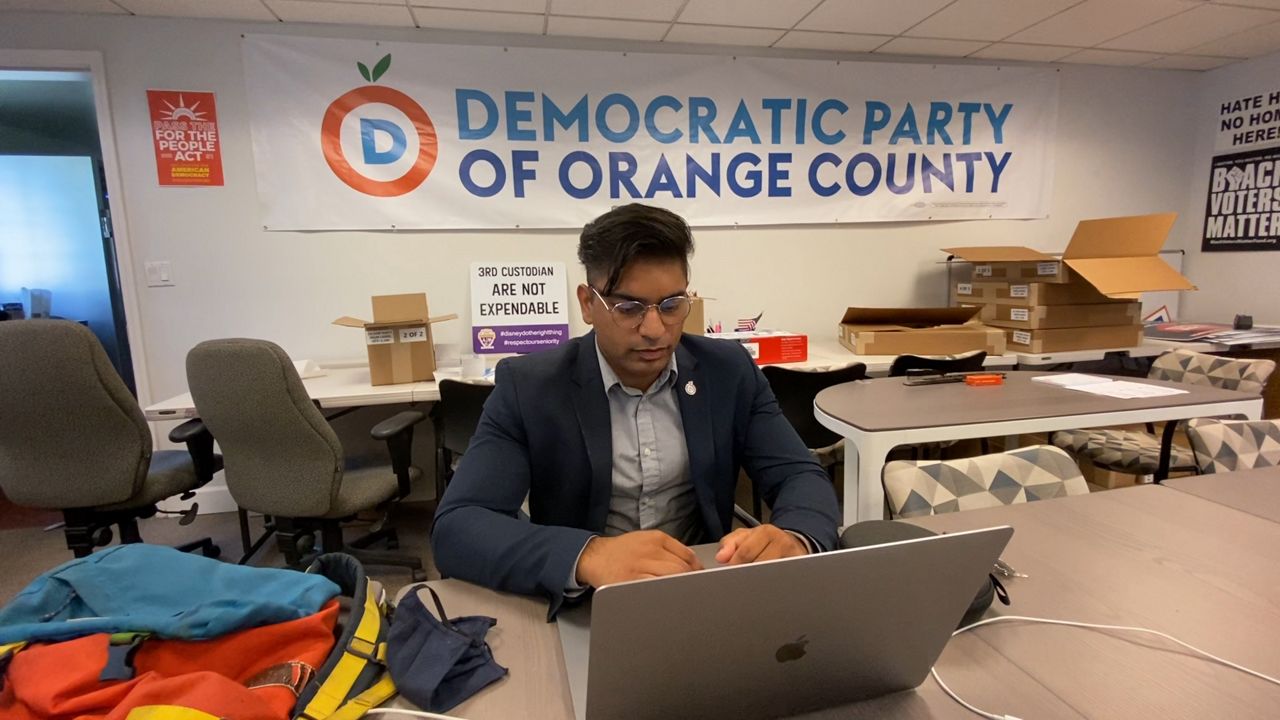 Ajay Mohan is the youngest and first Indian American executive director of the OC Democrats.

Taking a stroll down memory lane, Ajay Mohan is proud to lead the way for the Democrats in Orange County, even though most of the races on the bulletin board in the office took place before he could even vote.


"I'm very glad to be the youngest executive director at the party, but I'm also glad about what that symbolizes, young people being able to take the reins and to move our country forward on a whole lot of issues that we care about," he said.

Mohan, who got the job at 23 years old, grew up in Irvine.

His father was an Indian immigrant who lost his job during the 2008 recession. He said democratic policies resonated with his family.

"It was only because of Democrats that my dad was able to stay alive. He was able to live temporarily off of unemployment benefits," Mohan said.

The number of registered Democrats in Orange County surpassed Republicans nearly two years ago, and the gap has only grown. The latest stats now show roughly 671,000 Democrats and around 607,000 registered Republicans.

The county, however, remains a competitive one.

"That loud minority is a whole bunch of Republicans, anti-maskers, anti-vaxxers, who don't believe science and these people love to make their voices heard," Mohan said.

He said the delta variant has canceled many in-person campaign events, and the group has had to rely heavily on phone banking to spread its anti- recall message. Volunteers have been working hard to get out the vote, making door hangers and canvassing kits.

"Even myself as a young Indian American in Orange County, is representative of a bigger change. We're seeing a more diverse, a younger, a more liberal Orange County and that means we're all going to be better because of it," Mohan said.

The hard work seems to be paying off.

A recent poll from the Public Policy Institute of California finds 50% of likely voters in the Orange County and San Diego regions oppose the recall while 45% favor it.

"I worry that not enough people are getting involved so whether you're progressive or you're a moderate, you need to get involved and you need to make your voice heard," he said.

Even as he focuses on what he calls one of the most important elections in California history, Mohan is excited to watch Orange County continue to evolve.

"Young people like myself can hustle, can make connections, can get ahead, can make a real difference and a real impact at a young age," he said.