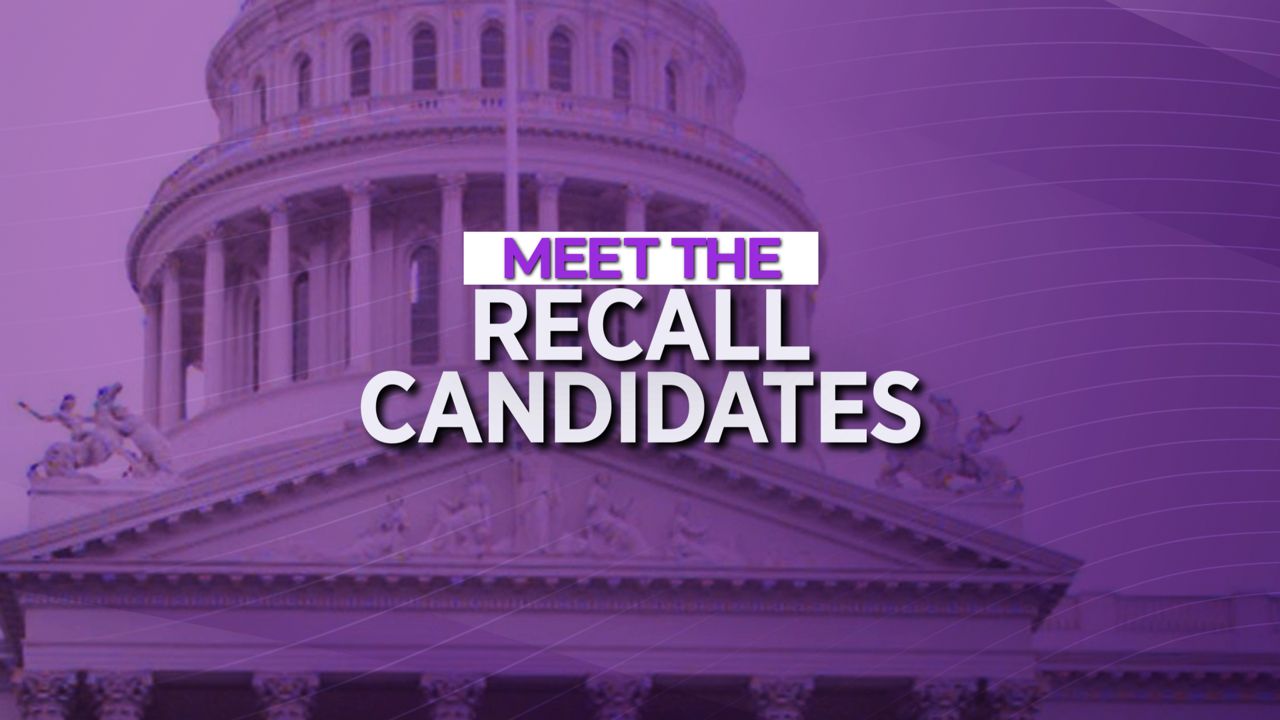 Meet some of the lesser known recall candidates on the ballot

By Inside the Issues Staff and Alex Cohen El Segundo
SHARE

There are 46 candidates certified for California's gubernatorial recall election on Sept. 14.

On the ballot, voters will be presented with the question, "Shall Gavin Newsom be recalled (removed) from the office of governor?"

If voters choose to do so, they can select their choice to replace Gov. Gavin Newsom from a list of all qualified candidates. Leading up to the recall election, "Inside the Issues" is recapping the 46 replacement candidates for governor.

Click the arrow above to hear from the doctor, hairstylist, yoga instructor, and more of the lesser-known candidates on the recall ballot.

Democrat Holly L. Baade is a single mom and a self-described life coach, yoga instructor and shaman who lives in Marin County. She supports Universal Basic Income and has called the COVID-19 vaccine "poison."

Hairstylist Heather Collins from Playa Del Rey is a member of the Green Party. One of her main campaign priorities is repealing AB 5, which limits businesses' ability to hire independent contractors without providing benefits.

John Drake, 20, from Ventura, is the youngest person on the ballot. He's a Democrat who immigrated from Riga, Latvia, when he was a child and believes tackling mental health is the way to reduce gun violence.

Denis Lucey is a teacher from Santa Rosa, running with no party preference. His main campaign priority is securing 50% child custody rights to all competent parents.

Jeremiah "Jeremy" Marciniak is running for governor with no party preference. He's a former rental and car sales business owner from Lincoln, and his campaign priority is to "stop the political corruptness that plagues our government."

Republican Diego Martinez was born in Uruguay but moved to Stockton when he was a child. He runs a bail bonds business, and as governor, he would "end the gun roster restrictions, repeal the current ammo laws and bans on magazines."

Daniel Mercuri, of Simi Valley, is a Republican and a United States Navy Veteran. His proposals include "tripl[ing] the number of incarcerated firefighter inmate programs."

Republican Robert C. Newman II is a psychologist who lives in Redlands. He previously ran for office in 2003, 2006, 2010 and 2018. He believes that "illegal migration into the U.S. and California constitutes an invasive enemy."

Armando "Mando" Perez-Serrato is a Democrat who owns a combat supply store in Fullerton. He has pledged to "support and defend the 2nd Amendment for law abiding citizens, and will fight against any Legislation that attempts to infringe on these rights."

Democrat Brandon M. Ross is a cosmetic surgeon and attorney from La Mesa, although his medical license was briefly suspended and reinstated in 2012. He's a former addict who's committed to fighting the opioid crisis by making rehabilitative services free and available to all Californians.

Major Singh is a software engineer running with no party preference. His campaign goal is simply to "bring back quality of life."