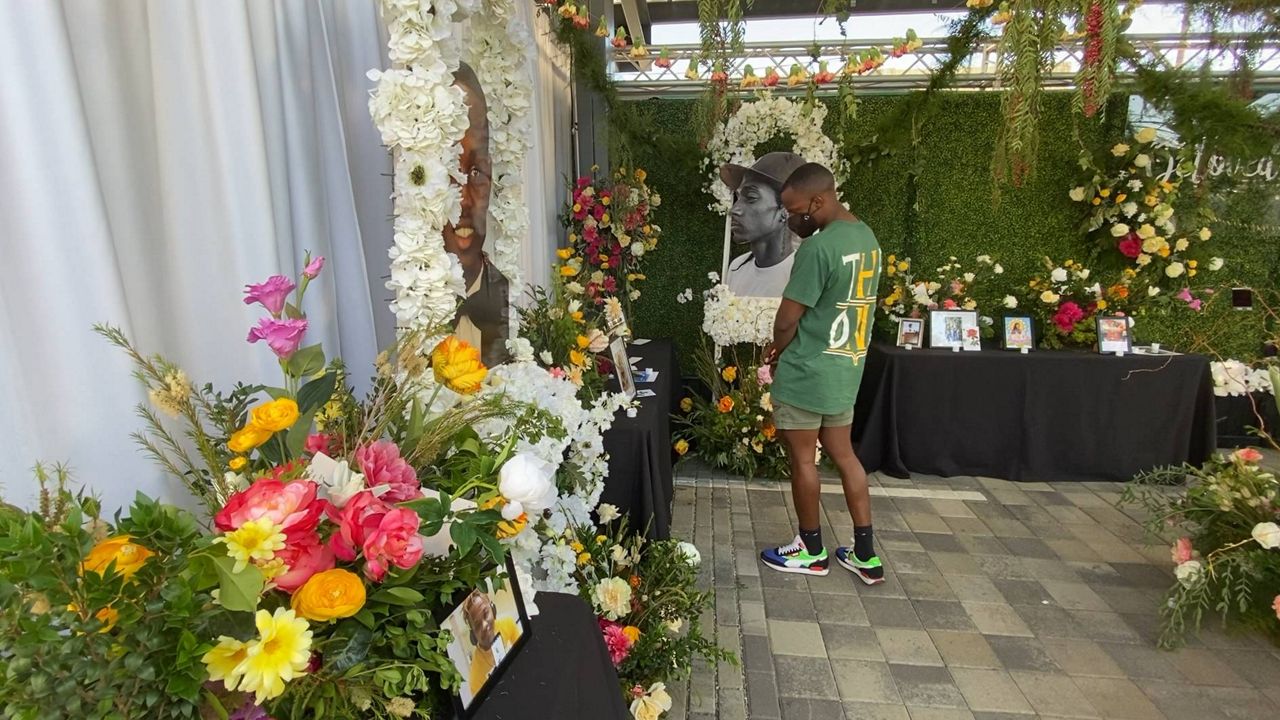 "Culture Cures" is a pop-up experience that's part of the WE RISE mental health initiative.

It is a space full of faces.

Some have become iconic and others less so, but they are all somebody’s loved ones.


"Folks are just offering messages of encouragement, messages to a loved one that they may have lost," said Glauz Diego, director of Art and Culture for Community Coalition.

It’s part of a week-long event in South Los Angeles called "Culture Cures" put on by the nonprofit group.

The pandemic has been especially rough on communities of color, so the group is trying to bring people together to process their pain.

"Reflect on the past year, on the challenges that we’ve had, on the folks that we have lost, but also begin the process of healing," Diego said.

He said the idea was inspired by his a close friend he lost to COVID in January. He said the online funeral did not do much to help him grieve.

"Actually seeing him here brings a little bit of closure," he said.

"It feels real. It feels like they’re here with us," said Denysse Nunez, who came to check out the installation.

She lost an uncle she never met who was living in Mexico. She had been planning to see him before the pandemic hit.

"It’s unfortunate that I don’t have an opportunity to meet him and get to hear his story," she said.

"Culture Cures" is just one of more than one hundred pop up events taking place throughout Los Angeles as part of the WE RISE mental health initiative.

Robin Garcia, who helped coordinate the pop-up events for WE RISE said it was important this year to expand beyond downtown LA.

"So, you’ll find these pop-up experiences in each district run by all these different grassroots community organizations and artists," Garcia said.

She said the pandemic has helped show mental health issues are directly tied to race and society.

As Nuñez walked through the art installation, she said she was impacted most by the LGBTQ section.

“Especially queer and transgender have been lost, and that’s not really talked about in the media," she said.

Visitors could also take Polaroids to honor themselves and their resilience in coping with so many tragic deaths in the past year.

"When we’re not strong enough or we don’t feel resilient, they give us that strength," Nuñez said.

The last part of the art experience focuses on moving forward.

"We’re turning a lot of the trauma that we’ve experienced into action," said Oscar Alvarez, who is a community organizer with Community Coalition.

Visitors were encouraged to write a post-card about their visions for the future, what recovery looks like and the resources required.

“I wrote 'Recovery of unity. We’re all our brothers and sisters, mothers, and family kin can live in peace and harmony,'" Nuñez said.

They then post those messages on wall, where they will later be sent to their respective LA City Council members.

The pop up is giving a voice to voiceless.

"It’s so beautiful just to hear the communities’ voice. Sometimes, the majority of the time, the community’s voices are not heard," Nuñez said.

For Diego, it has shown words can help heal and unite us.

"Knowing that I’m not by myself brings a lot of comfort," he said.