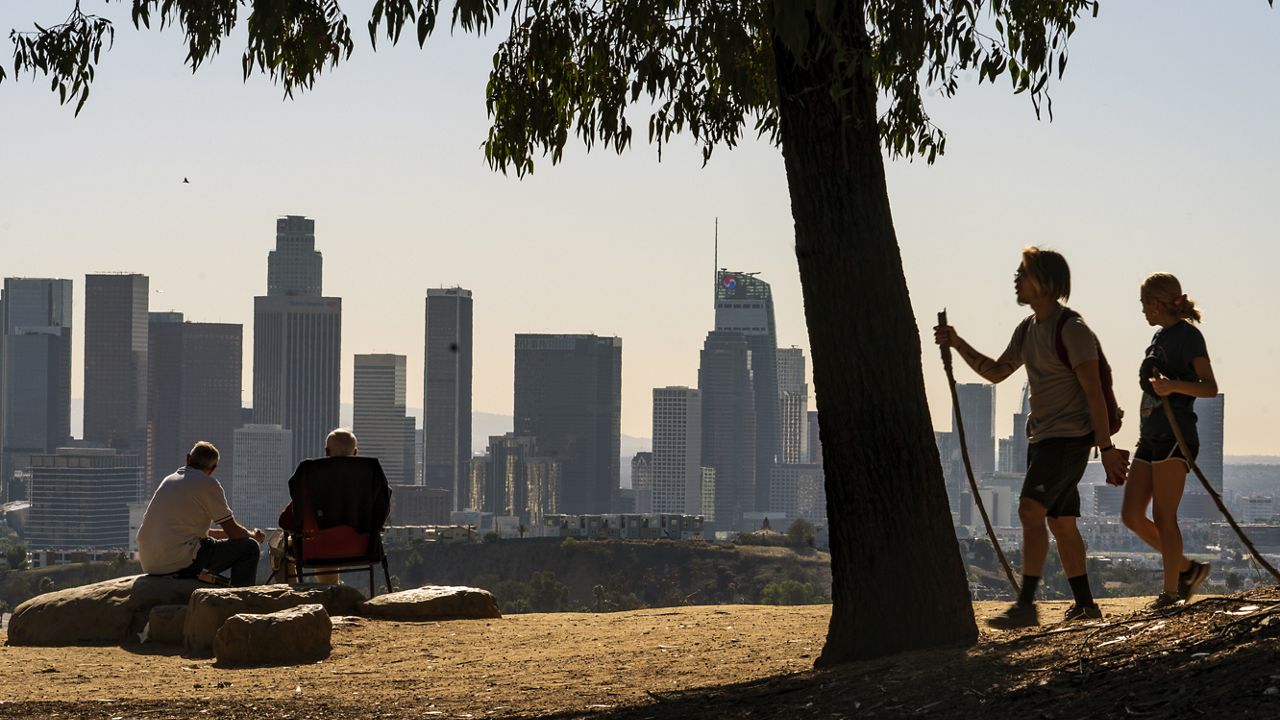 How COVID-19 has impacted LA residents' quality of life

UCLA’s annual Quality of Life Index was recently released showing how the pandemic has impacted residents of Los Angeles County over the past year.

Zev Yaroslavsky, director of the LA Initiative at UCLA’s Luskin School of Public Affairs, broke down the survey results with Alex Cohen, host of "Inside the Issues."

“What was interesting is that as our survey has shown for the last several years, there are two Los Angeles'," he said. “There are the people who are doing well, who are making it. They don't have a care in the world. And then there are those who are struggling, who are living on the margins of the economy and are always feeling one step away from oblivion.”

Yaroslavsky noted that the Quality of Life Index started in 2016 by measuring peoples’ quality of life on a scale of 10 to 100. For this year’s sixth annual survey, 1,434 LA County adults were asked about their life satisfaction in nine different categories.

The index results found the pandemic took a harder toll on younger people between the ages of 18 to 49. The group rated their quality of life lower than older LA residents and noted greater financial concerns around the cost of living in the city.

Yaroslavsky explained that 22% of the residents surveyed county-wide lost a large amount of their income during the COVID-19 pandemic. The index shows this percentage of Angelenos were more likely to be non-college graduates, women and younger white people

Yaroslavsky noted, however, that the survey contained a surprising result that Latino residents were more positive about their overall quality of life than white residents. He said this may be because white people had higher incomes and more to lose during this pandemic, despite their greater privilege overall.

"Latinos in particular, they're grinding it out," he said. "They had a tough life here, there's no question about it, a lot tougher than whites, but they work. They worked their way through it, and they are much more optimistic about getting ahead in Los Angeles."

The UCLA survey also asked residents about their political views regarding how well elected officials responded to the pandemic. Yaroslavsky explained how the leaders with the most power and responsibility when it came to directing public health protocols during the pandemic took the biggest hits, noting Gov. Gavin Newsom, Mayor Eric Garcetti and Sheriff Alex Villanueva’s popularity all suffered.

With that said, the director predicted that even with Newsom’s poor index results, the governor will not be recalled for a variety of reasons.

"Number one, I think people see this for what it is: a Republican power grab," he said. "And number two, things have turned the corner on COVID, and he takes the blame when things go bad, you know. He gets the credit when things go well."