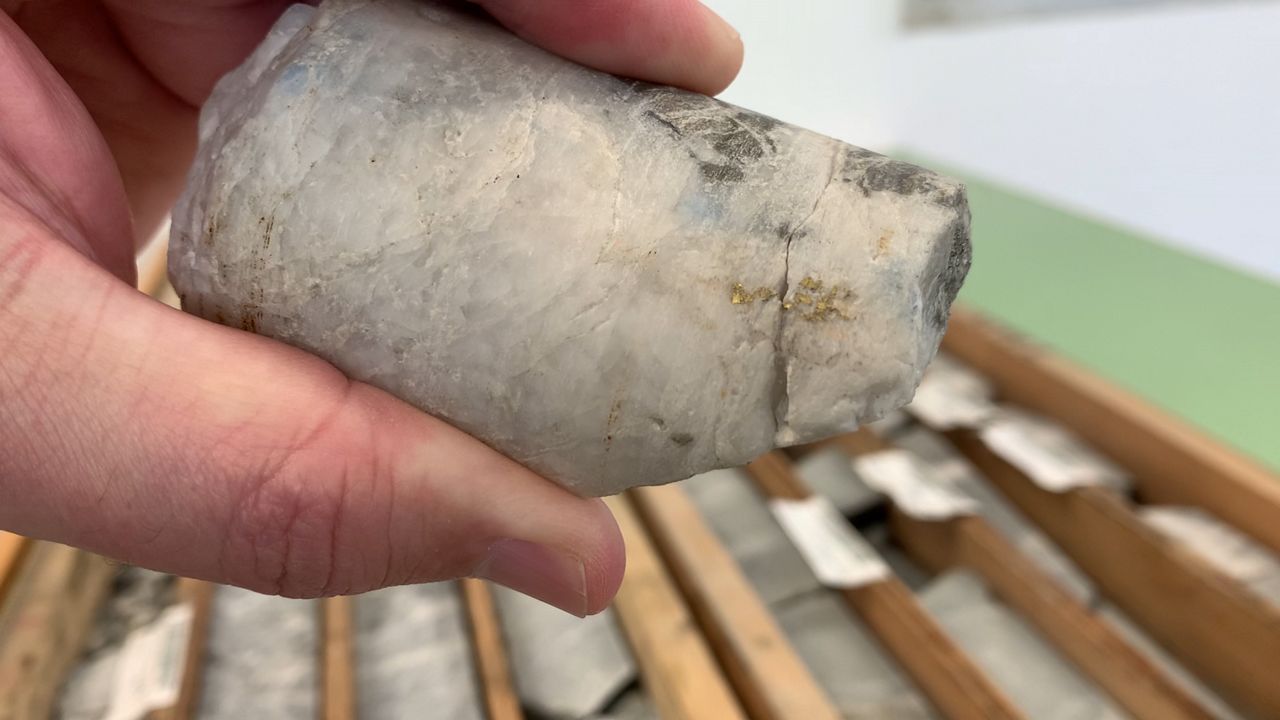 California’s history is inseparable from the gold rush and the riches it brought to the state. Now, one company is hoping to revive the industry by reopening a mine that’s been closed since 1956.

Rise Gold Corp is planning to restart the Idaho-Maryland Mine in Grass Valley, a small town tucked in the foothills between Sacramento and Lake Tahoe. Back in its heyday, Grass Valley was the most famous gold mining district in the Golden State.

The company stated the mine has the potential to bring hundreds of jobs to the area, but some community members are concerned about the potential impact it could have on the environment.

Ben Mossman, a native of Canada and the CEO of Rise Gold, wants to resume production at the mine after the site was shut down by the federal government after gold mining was declared non-essential during World War II.

“The mining company at the time who were in the mine of course believed that there would be a lot more gold to be mined,” Mossman said.

The Idaho-Maryland Mine is more than 150 years old and produced more than 2.4 million ounces of gold before it closed.

Rise Gold purchased the mine in 2017 and have been working to reopen it ever since.

So far, the company has spent $15 million on pre-production expenses and expects the total project to cost around $100 million.

If successful in reopening the mine, Mossman said Rise Gold would help boost the local economy by creating more than 300 jobs.

However, not everyone in the community wants to see the gold industry make a comeback.

Paul Schwartz, a Grass Valley resident and environmentalist, is part of the Mine Watch Campaign, an activist group made up of hundreds of locals who believe reopening the mine would be harmful to their health and the environment.

Schwartz and his wife raised their family in Grass Valley and after leaving for a few years, they returned to enjoy their retirement.

He’s hoping to keep it that way by protesting the revival of the Idaho-Maryland Mine.

The CEO of Rise Gold says the site would operate using clean and modern equipment to ensure minimal noise and impact to the environment, but Schwartz said he still has strong concerns about the project.

Mossman said his company’s operation is designed to have no environmental impact.

Nevada County is in the process of preparing an environmental impact report to learn more about what mining in the 21st century would look like. County officials are expected to release the report in the next few months.

As Rise Gold waits for the green light from the county to start production, Schwartz said he will continue advocating to keep Grass Valley’s mining history in the past.

CORRECTION: An earlier version of this story incorrectly stated that Rise Gold Corp was based in Canada. This has been corrected to reflect that the company is based in the U.S. (May 21, 2021)