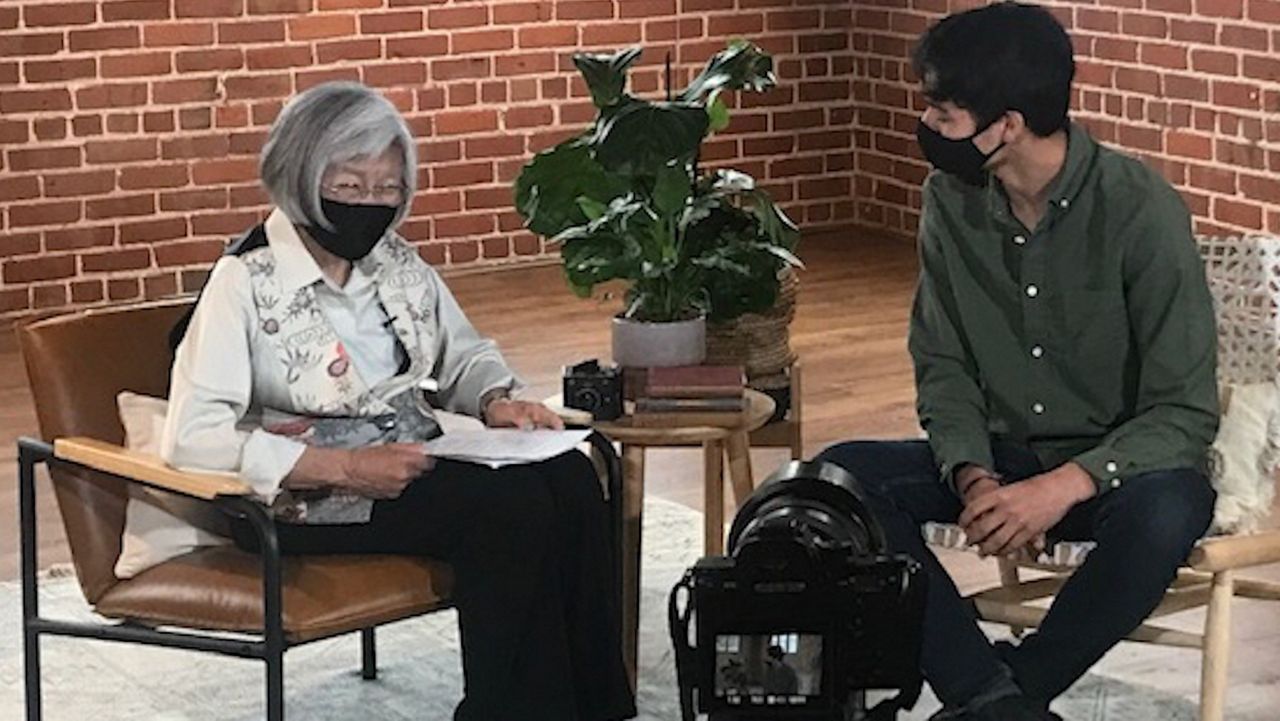 It's considered one of the darkest chapter's in U.S. History: Japanese Americans forcibly removed from the West Coast and sent to internment camps for the duration of World War II.

It's an example of racism against American citizens, but one taking on new relevance in light of recent attacks on Asian Americans.

Each year, the National WWII Museum in New Orleans hosts what it calls an Electronic Field Trip for thousands of middle and high school students all across the country. May is also Asian American Pacific Islander Heritage Month.

"Discrimination is wrong, whether we look at it back in World War II or even bring it into a modern lens today, and I hope students really see that," said Chrissy Gregg, the museum's director of distance learning.

This year, the live webcast featured interviews with Japanese Americans, who shared their experiences in the camps.

"I really consider it more of a documentary that just happens to be interactive," Gregg said.

Amy Mass was just a child growing up in Los Angeles when she was sent to Heart Mountain in Wyoming. Her grandson, Ryo Martinez-Mass, interviewed her for the hour-long program — the first time they've had someone interview a direct family member.

"Hearing the personal details humanized it for me in a way I hadn't thought about it before," Martinez-Mass said.

He learned his grandmother's experiences in the camp eventually led her to become a clinical social worker. However, Martinez-Mass notes there are still many in the Japanese community who are reluctant to share their memories.

"There's a word in Japanese called 'Gaman,' and it means to persevere and to pull through hardship, and I think that's what a lot of former internees and family members of internees did where it was something that just wasn't talked about," Martinez-Mass said.

But as the population ages, Gregg said it's crucial to capture those first-hand experiences for future generations.

"Seeing that kind of emotion conveyed through these interviews just makes these stories stick," she said.

The museum also highlighted a yearbook from the Rowher Camp in Arkansas that provides insight into daily life there, and another one from Excelsior Union High School that mentions students bidding farewell to the Japanese Club.

"The club has to stop functioning because the students have to leave on what they call a 'necessary departure,'" Gregg said.

Martinez-Mass said he now finds himself asking all the older people in his family about their life stories.

"It's made me realize how much more there is to history if you look at it and so much that you're not necessarily told about outright," he said.