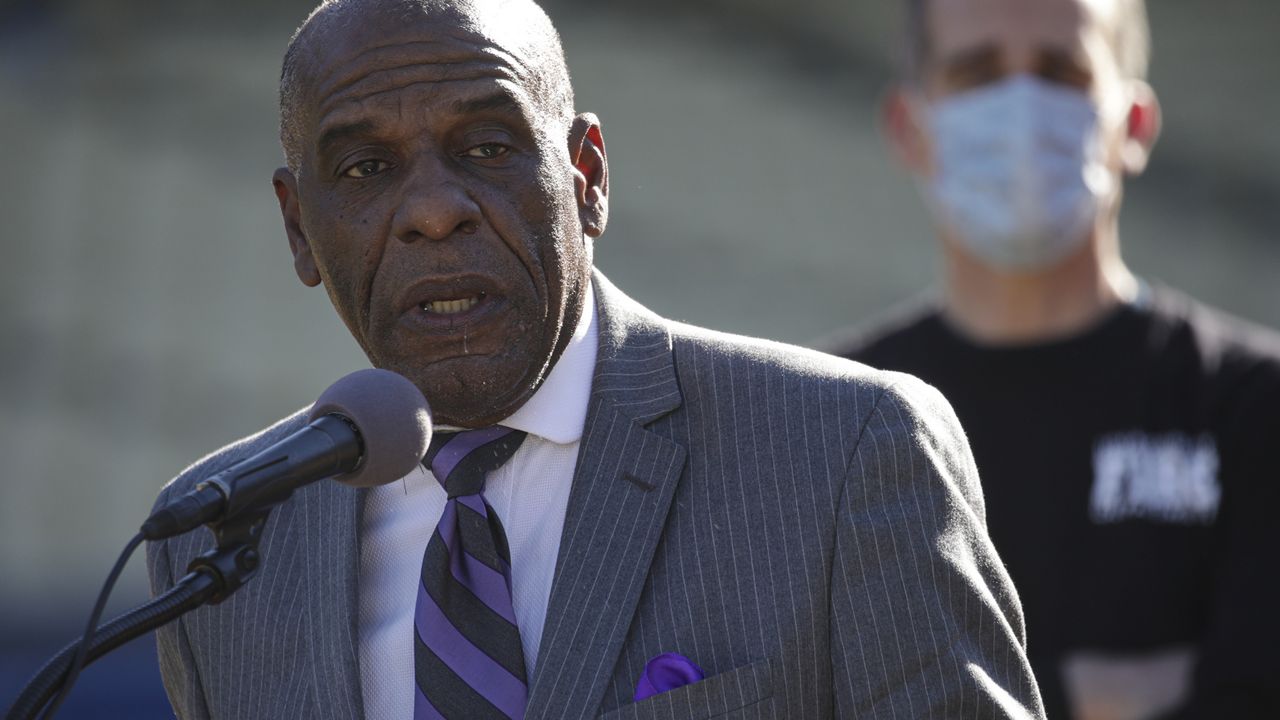 California is the first state in the nation to establish a task force to research and develop proposals on how to make reparations for African Americans.

Senator Steven Bradford, D-Gardena, who represents the state's 35th District, was recently appointed to the California Reparations Task Force. He tells "Inside the Issues" he’s extremely excited to have a seat at the table for this historic discussion.

“I almost fell out of my chair because I'm passionate about this, because I've been following the remnants of slavery and the promises that were being made to African Americans since the Emancipation Proclamation, and we've fallen short of all of those promises,” Bradford said.

The reparations task force was created after Assembly Bill 3121 passed last year. The purpose of the legislation is to study and propose methods of compensation for descendants of slaves in California.

Bradford was appointed by Atkins and says his position on the task force will primarily be researching and discussing different possibilities for what reparations might look like in California.

“It might mean free college at our CSU and our UC systems to African Americans,” Bradford said. “It might be zero down payment for first time African American homeowners. We know they have the biggest challenge in homeownership, not only in California but across this nation.”

The state senator says the task force will also be looking at other creative ways to provide reparations, such as some deferred tax options and possibly returning stolen properties that belonged to African Americans in the past.

He notes California has a long history with slavery despite the fact that it was a free state when it joined the Union.

“It was never anti-slave. They embraced all the tenets of slavery, so if someone came from the South with a slave and company, they were allowed to treat their slave just as if they were in the South,” he explained. “If a slave ran away to California, those slave hunters were allowed to come back, come into California to return those individuals back to the state that they ran away from.”

Bradford adds that slavery’s effects on modern American society are still abundantly apparent throughout California and the nation, whether or not people decide to remember and pay attention.

“How do you tell millions of descendants of slaves that being the fact that it was 150-plus years ago that you should get over it,” he said. “No, it is individuals alive today, whose grandparents and great grandparents were enslaved, and we feel the remnants of slavery, each and every day in this country.”

The state senator’s main mission on the reparations task force is to help right the wrongs of the past, and he says that starts with recognition, personal obligation and an apology.

“We still owe that apology to African Americans. We have managed to apologize to everyone across the world, but to the millions of descendants of slaves still here in the United States,” he said.

Bradford says the best way to move forward is to better educate each other and cease the “whitewashing” of American history. Only then can reparations begin to be realized.