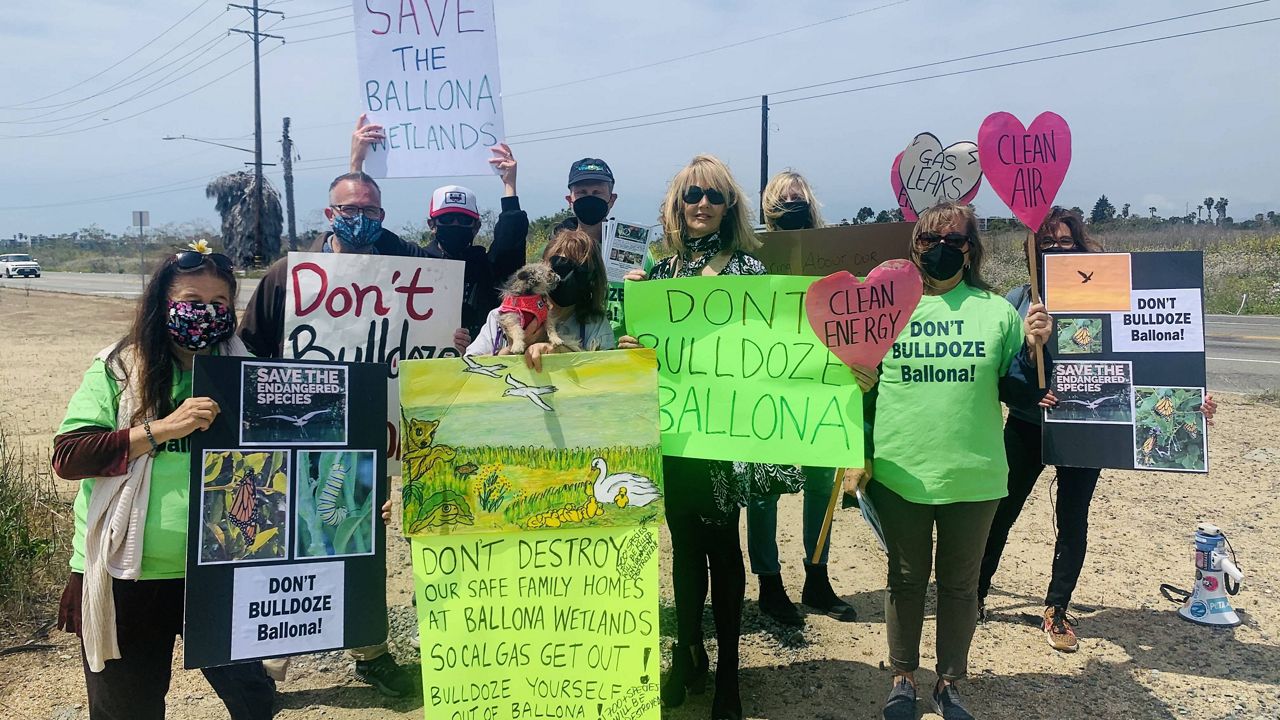 It's some of the last remaining coastal wetlands in all of California, and Molly Basler is committed to doing everything in her power to preserve it.

"I just feel so compelled to protect it, like a mother," she said.


On Earth Day, Basler and others protested on the side of the road against the state's Ballona Wetlands Restoration Project. She worries it will do more harm than good. Basler is an environmentalist and project leader for the group Climate Reality who is also running for Los Angeles City Council District 5 when Council member Paul Koretz terms out in 2022.

"There's a lot of things that need to be changed, but it can be done gently without bulldozing, without rehoming all the animals," Basler said.

Basler is one of close to 11,000 people who have signed a petition to stop the state's efforts to restore the wetlands. She is part of Defend Ballona Wetlands, which is challenging the project in court.

"We have a gentle restoration idea that people can come out and clean up the trash that has been strewn about," she said.

The group alleges the state's plan is motivated by bond money and private interests, including a chance for SoCal Gas to upgrade its aging infrastructure beneath the wetlands.

"It's just a matter of time. This is another Aliso Canyon," Gasler said.

Aliso Canyon was the site of the largest natural gas leak in U.S. history in 2015. Basler pointed out one area of the wetlands where bubbles appeared on the water's surface, which she and others say is evidence of methane gas from the nearby storage facility. Earlier this month, the LA City Council unanimously passed a resolution urging the state to shut it down.

"If this goes, it's not just going to be the close neighbors. It's going to be all over," she said, pointing to nearby homes and LAX.

"The Playa del Rey storage facility supports the integration of renewable energy like solar and wind during unfavorable weather conditions, keeps customer bills affordable by allowing our region to buy and store natural gas when prices are low, and promotes a diverse energy mix," said SoCal Gas spokeswoman Patrice Clayton in a statement to Inside the Issues.

She also added that when rolling blackouts were ordered last summer, "hourly gas usage during the peak electric demand period was higher than the amount delivered into Southern California. Our natural gas storage fields — including Playa del Rey — were the key asset making up for this shortage and keeping power plants operating."

But Basler feels the location of the storage field is simply too high for it to remain open.

"Why don't they close down the ones that are the most dangerous?" she said.

So, whether residents go to The Ballona Wetlands for the bird watching or like Basler to soak up the natural surroundings, they offer many a temporary and unique escape, which they say is well worth defending.

"I just get relaxed driving through the wetlands," she said.