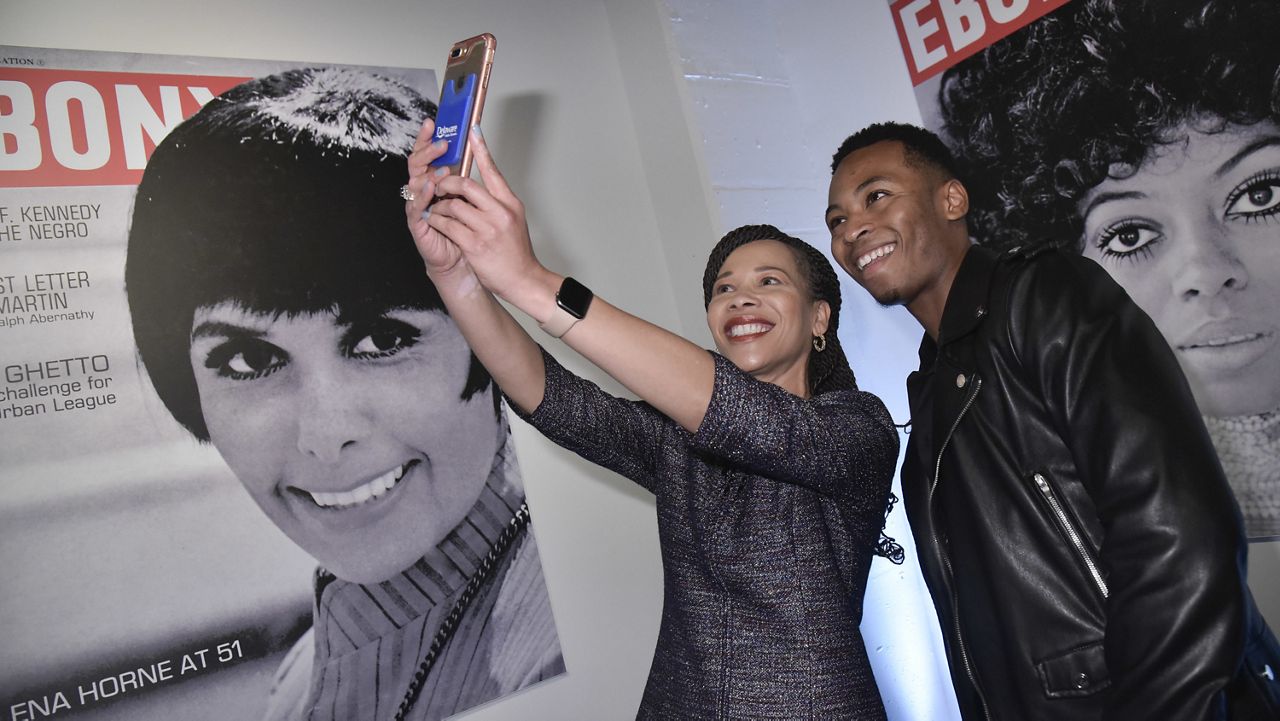 Both brands became well-known for its articles on Black history, culture and entertainment.

In March, the brands relaunched in a digital format under a new CEO, Michelle Ghee, after the publications were purchased out of bankruptcy last year by former Los Angeles Laker Junior Bridgeman.

Ghee, originally from Oakland, CA, tells Inside the Issues she grew up reading the magazines and spearheading the relaunch is “an honor.”

“I wake up some mornings, I’m like, ‘Is this really my path? My opportunity?’”

Her vision for both Ebony and Jet is to be more than just a digital website. “We’re going to be an enterprise,” she explained, where “people can come and move products and services in a smart way.”

“We really are going to build this company for African Americans to get their arms around and the world to celebrate,” she continued.

Ebony has launched Women Up, an event to empower and uplift women with featuring speakers, networking opportunities and discussion around issues affecting women of color.

Join us for another #WomenUp Fireside Chat tomorrow, 3/25 as we talk with the iconic @mclyte and Award winning singer and actress @AndraDayMusic about “Billie Holiday vs The United States” now streaming on Hulu! #WomenUp can be streamed on YouTube and Facebook starting at 7PM EST pic.twitter.com/wTbwb82stl

“The most overused word in America today is ‘culture.’ And yes, culture is sports and entertainment and news and fashion, and this community that I’m part of, that I’ve been born into, that I’m privileged to be a member of, creates a lot of that culture. So let’s take it back,” Ghee said. “Let’s create it but let’s also educate, grow and inform.”

Expect the magazines to include more than celebrity profiles. Ghee is passionate about including other inspirational and powerful figures like poet Amanda Gorman or African American executives like Rosalind Brewer, the CEO of Walgreens Boots Alliance, or Thasunda Duckett, CEO of J.P. Morgan Chase Bank.