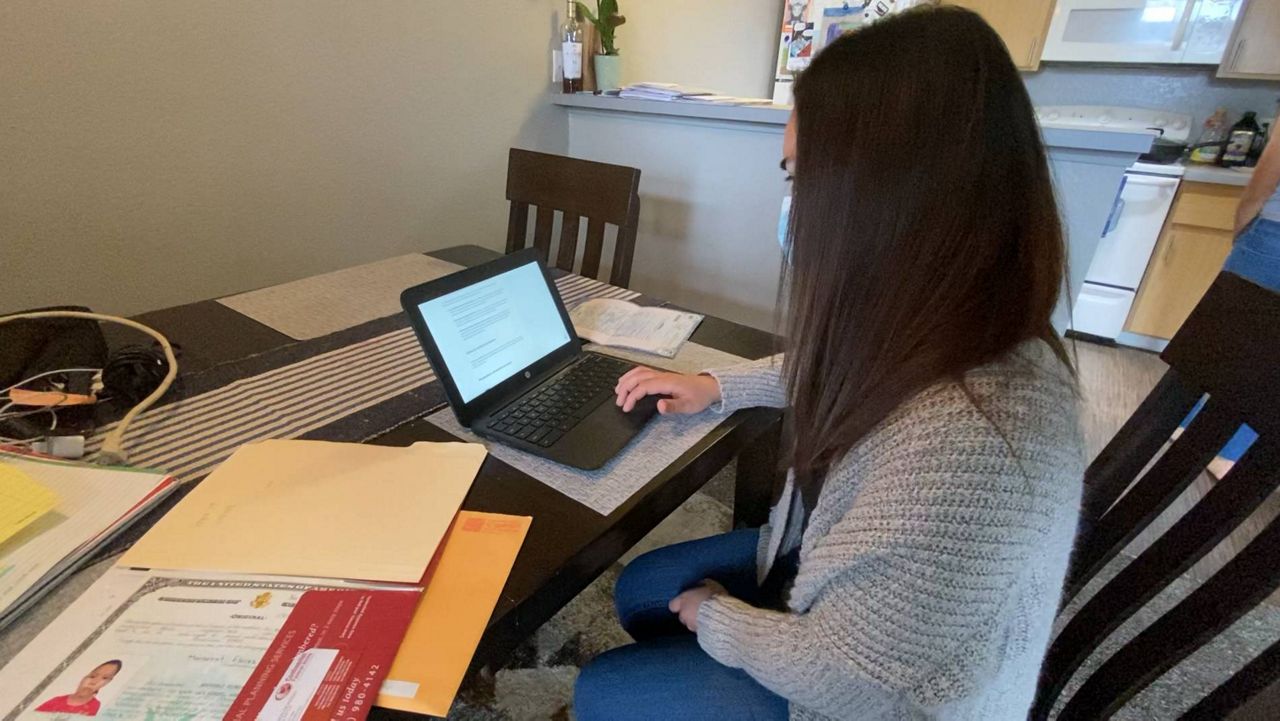 FEMA is reimbursing families up to $9,000 per death to cover funeral expenses.

In a corner of Guadalupe Cornejo’s apartment is a memorial to her 19-year-old daughter Monseratt Flores. A wooden box holds Monseratt’s ashes, which Cornejo keeps close.

"I never thought this would happen to us. She was just starting her life, her career," Cornejo said in Spanish.


Friends and family called her daughter, Monse. She was a fresh faced high school graduate who had just started taking classes at Santa Ana College.

"She’s a good, kind person and can get along with anybody," said Monse's sister, Vanessa.

She said the two of them enjoyed shopping and hanging out with friends. Monse loved taking care of children, especially her little brother.

She had hoped to work in childcare, but in December, COVID-19 cut those dreams short.

"I had it in my mind that I was always going to be there for her," Vanessa said.

Monse was a frontline worker at a nearby supermarket and passed away less than a week after coming down with the virus. Cornejo had found her oldest daughter passed out on the floor of the bathroom. She had stopped breathing.

"I thought I should have been here with her. I thought that maybe I could have done something to help her but we were all sick. We all had the virus," Cornejo said.

Like so many others who lost loved ones during this pandemic, the unexpected pain came along with unexpected expenses. Cornejo's family had a small memorial, but it still cost them about $6,000.

Monse’s friends held a fundraiser and some in the local community pitched in, but the rest Cornejo put on a credit card.

“That’s something else you worry about: ‘How am I going to do this?'" she said.

That is why she said she is so grateful FEMA is helping to reimburse people for some of their COVID-related funeral costs — up to $9,000 per death.

Cornejo, who also works at a grocery store, said she knows others have had it much worse.

“Where I work, many people lost family members. Up to two people per family died. There are many right now who are still facing financial hardship, figuring out how they are going to pay for the expenses," Cornejo said.

FEMA has set up a dedicated webpage in multiple languages where applicants can get more information and call a toll-free number to apply.

"Everything that I see I have a memory about," said Vanessa, who still thinks about her sister daily.

The memories both painful and comforting as they look at all that Monse left behind. Her clothes, stuffed animals and personal items remain in the room. Still, Cornejo cannot help but think of all the families broken by this pandemic.

"I’m very sorry for the other mothers who also lost their children and lost children of the same age as my daughter,” Cornejo said.