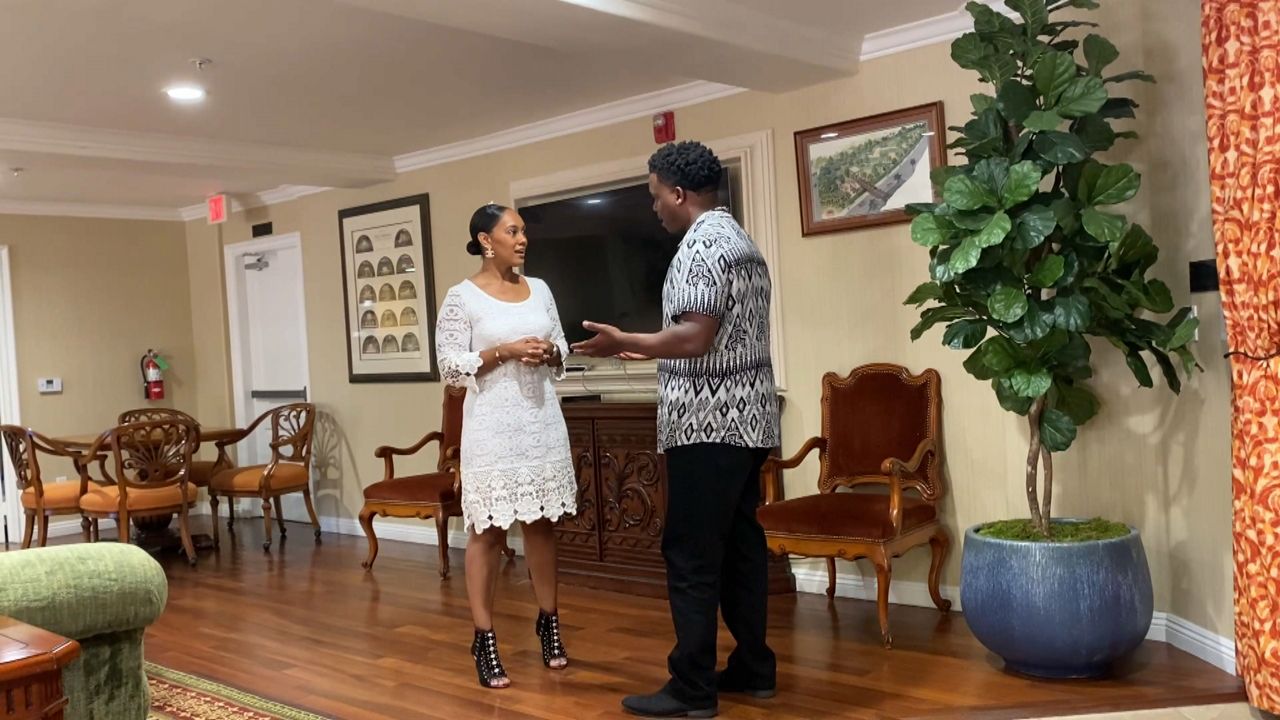 A study from the National Institute on Minority Health and Health Disparities shows about one in five Americans struggle with a mental illness in any given year, regardless of race. But African Americans are 20% more likely to have serious psychological distress.

You can see it in Quintin Reffells' eyes. It’s taken a lot of pain and nearly 30 years for him to reach breakthroughs. He explained how he has his a life coach and psychology expert, Dr. Cheyenne Bryant, to thank.

This is the progress Dr. Bryant strives for as a mental health advocate in the Black community. She said it’s a simple lesson she teaches clients often: Continue to be who you are, and stand in that power.

"All I’m doing is shining the light on what he couldn’t see," said Dr. Bryant. "It’s like an eclipse. I always say we are this moon who’s perfect and beautiful, and then life and trauma, that learned behavior that’s dysfunctional, comes in and it eclipses us. But when we get awareness and we get love and healing, look what happens."

Dr. Bryant was able to meet with Reffells recently for the first time after a year of coaching him virtually. Reffells explained how she has changed his life as a Black man who grew up suppressing his emotions in a toxic and violent household.

"I was not raised in an environment that encouraged therapy, that encouraged talking to people about your problems," he said. "It was quite the opposite. I grew up in a household that really championed you based off the level of pain that you were able to hone in and hold."

Reffells noted that his dad was addicted to drugs, and was both physically and verbally abusive. Reffells said he didn’t have a role model to look up to as a child and never got the embrace he craved so deeply from his father.


Reffells is now a father of three and on a self-discovery journey to break the cycle. He is intentional about healing from the same pain that his father projected onto him.

Dr. Bryant explained how the Black community is filled with people who have similar feelings and experiences as Reffell's.

"Walking around with symptoms of depression without that awareness — you know why? Because there’s 13.3% of Black folks in the United States of America," she said. "Eleven percent of them don’t have access to health care.”

But even those that do often don’t seek help, she added. Reffell said he’s grateful to be learning that the real strength lies in his ability to lean on others when life just gets too heavy to carry.

"It's not the norm in the Black community to ask for help," he said. "I've learned that the real strength is a man that's able to say, 'I need help. I can't carry this no more. I need help.' Being able to utilize the relationships, utilize the people around you that actually love you and that don't mind taking on some of your load, that don't mind taking some of the weights off of you so you can prosper, so you can get farther ahead. For me that’s what the journey is about at this level, and ultimately I felt like I’m just getting started."