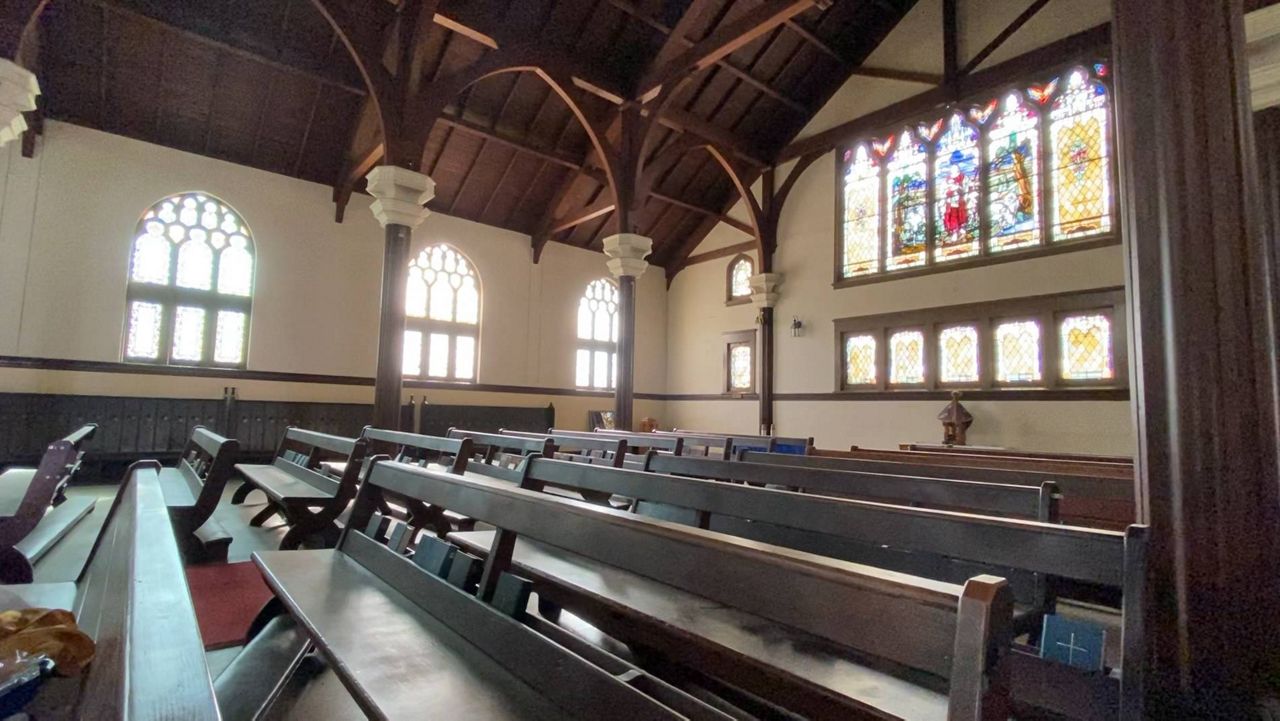 The Church of the Epiphany is considered one of the birthplaces of the Chicano movement and the movement for civil rights for Latinx people.

LOS ANGELES — Rev. Tom Carey is proud to be the priest of the oldest Episcopal church in Los Angeles.

"There's a tradition in this parish of activism and of speaking for those who don't have a voice," Carey said.


The Church of the Epiphany sits on Altura Street in Lincoln Heights and holds a special place in this neighborhood, where it has sat since 1887.

"This is one of the birthplaces of the Chicano movement and the movement for civil rights for Latinx people," Carey said.

As a result, it is now protected after earning a spot on the National Register of Historic Places. It is a major milestone considering all the historical and cultural monuments across the country, less than 8% are associated with women, minorities, or LGBTQ communities.

"There's a whole other story. In fact, it could be argued that our national story is the story of our minorities," Carey said.

In the 1960s, Carey said the "Brown Berets" were formed at the church. They went on to fight for social justice and against police brutality. The Chicano Moratorium, an anti-Vietnam War protest, was planned there, and so was the East L.A. Chicano Student walkouts.

Down in the basement, young activists put together La Raza, an underground newspaper. The space is now being converted into two new meeting rooms and an office, all a part of a one million dollar restoration project that began about ten years ago.

"The place was in danger of falling into irretrievable disrepair," Carey said. "Those stain glass windows right there were falling out of their frames."

He said one wall of the original church from the 1880s had eroded and had to be removed.

"We used also the original stones limestone quarried here in L.A. and it was put back piece by piece," Carey said.

The pandemic has forced Carey to hold Sunday mass virtually. He tapes it a week in advance and puts it online in English and Spanish. Ten times as many people watch his videos and join him from all over to pray.

"It's kind of like a religious variety show is the way I think of it," Carey said.

After more than 50 years since the Chicano movement, Carey said the church remains true to its activist roots, especially during this pandemic.

"We've been involved in grocery workers, frontline workers, trying to get hazard pay," he said.

Carey said the church is committed to the community as it has been for decades, and he is ready for the day when it can reopen to serve everyone in person.