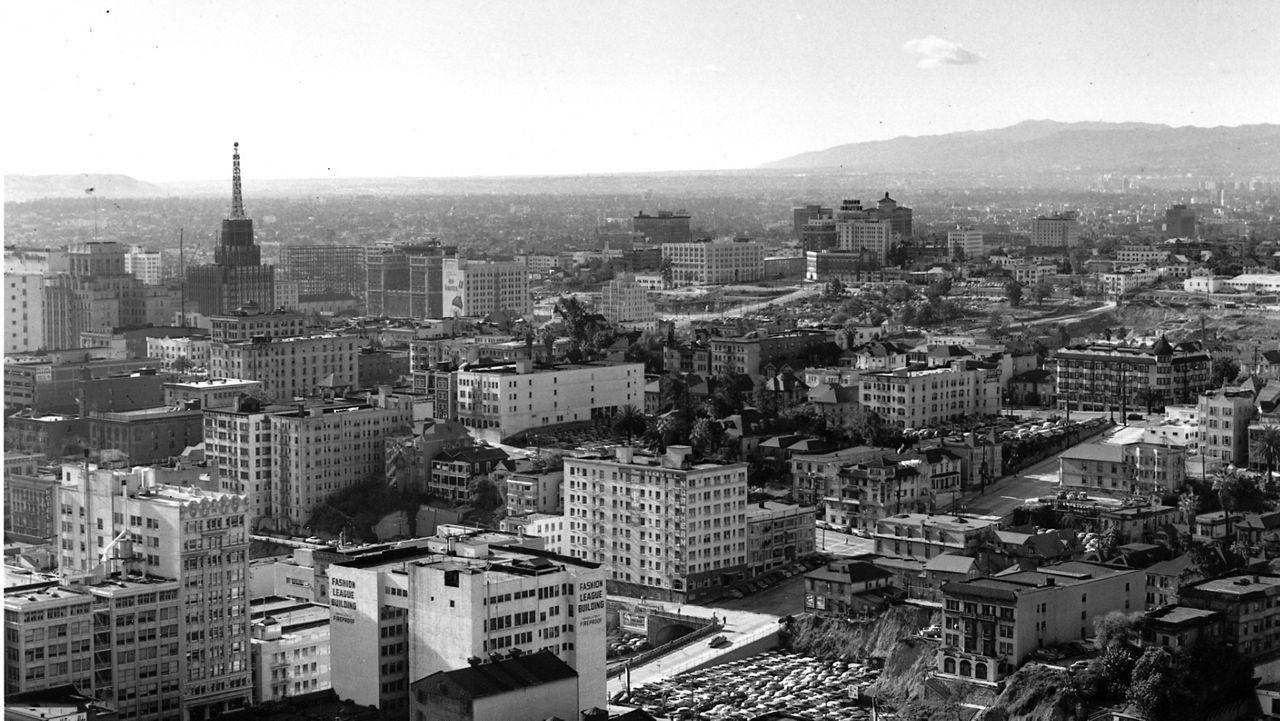 This is a view of downtown Los Angeles from the top of City Hall looking just slighly south of west on Jan. 12, 1951. The building in the left backround with the mast on top is the Richfield building. Steelwork for the new Statler Hotel is just to the right of he Richfield building. The large buildings in the right center background with the cupola on top is the Good Samaritan hospital on Wilshire Blvd. (AP Photo)

Whether you’re driving through Pico Boulevard or passing through the Chicano murals of Boyle Heights, the influence of Mexican American immigrants on Los Angeles is undeniable and in some ways all too familiar. That said, the unfiltered rich history behind these sites may be less commonplace. And that’s exactly what UCLA Chicano Studies professor Marissa Lopez is looking to change.

With the help of her research team, Lopez runs Picturing Mexican America, an Instagram account that shares archival photos and video of Latino Los Angeles. She plans to eventually release a map-based app version of the project, but in the meantime has worked with the Los Angeles Explorers Club to turn it into a 70-minute self-guided audio bike tour.

The tour takes visitors through places in downtown L.A. like Fletcher Bowron Square, covers the Chinese massacre of 1871 in LA and shares the story behind the Los Angeles Star, the city’s first newspaper was a bilingual newspaper, among other things. It’s a 15 mile-long ride and lasts about 70 minutes. Lopez said the goal is to be transparent about 19th century Mexican LA and make known that the era “was neither idyllic, egalitarian or anti-racist.”

“We’re not going to lie. 19th century Mexican Los Angeles, it wasn’t a Benetton ad,” Lopez said. “It had its fair share racist exploitation, in particular the relationship between Mexican Californians and indigenous Californians is really fraught and very complicated.”

The route of the downtown L.A. tour is available on their website. Lopez added that a tour on the westside of L.A. called "Philanthropic Life of Arcadia Bandini Stearns de Baker" is also available for download on the site.