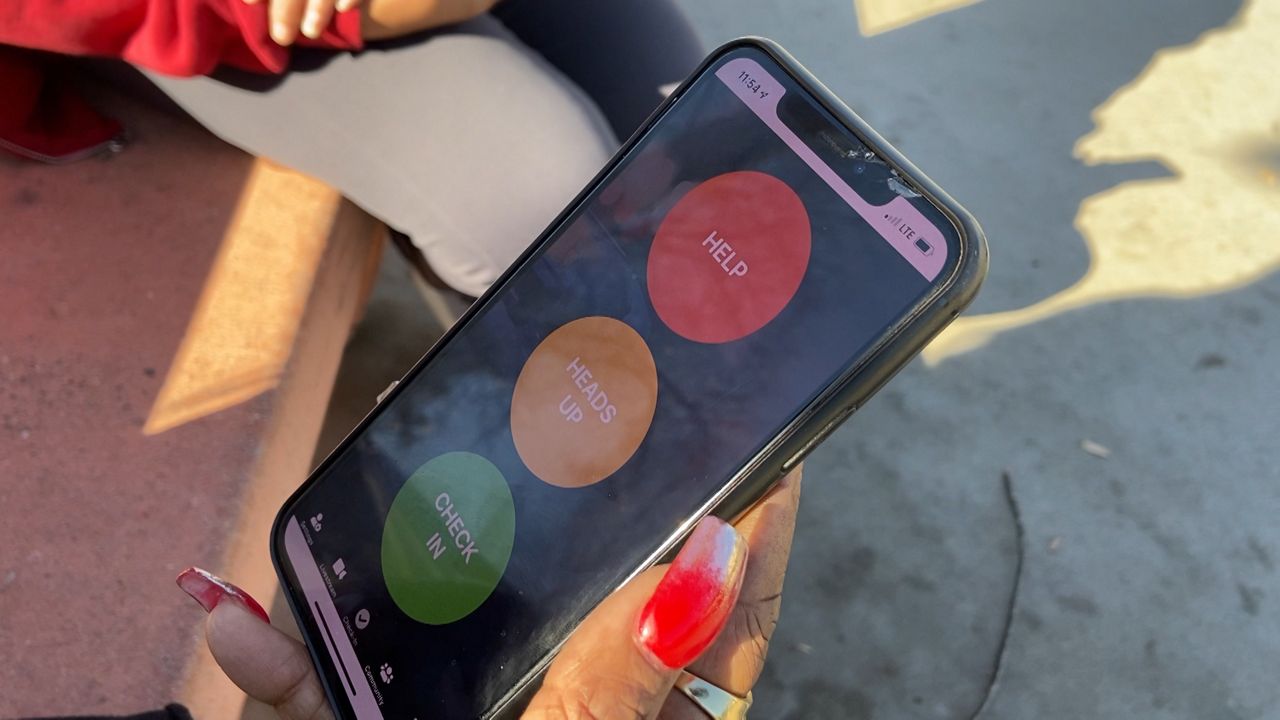 For Charmine Davis, it all started about a year ago, around the time her son came home with his driver's license.

"I can't have him driving without me being able to be right there for him if he needs me," Davis said.

She's especially concerned when she considers the increased risk of police pulling over Black men, a concept known as "Driving While Black." As a result, Davis, who's a clinical psychologist, saved up and reached into her own pockets to create a free app called Just Us, a play on the word 'justice.'

"It brings them the comfort and the safety of allowing our children to be able to live normal lives," Davis said.

Users can select one of the three functions: Check-In, Heads Up, or Help and can choose to notify up to five contacts.

It's also voice activated and then pinpoints a user's location so that the contacts can find the user in case of an emergency.

"My sons, they don't like to call and check-in or send a text. They just like to push that button to say 'I'm OK' and then I can be off of their back as they call it," Davis explained.

If a user presses Heads Up, it tells their contacts law enforcement is pulling the person over and can initiate an optional live stream for a monthly fee.

"It helps the person that's being stopped. It helps whoever's stopping them. It helps everyone because then you have a view of every angle of what's going on," Davis said.

And the Help feature alerts other users within a three-mile radius who are part of the Just Us community that someone needs assistance.

"The more people that download this app, the safer our communities will be for us," Davis said.

The app went live in August, and Davis said she's already receiving positive feedback from parents who are less fearful and have more peace of mind.

"They're actually able to relax now, and they're able to let their children go out and be teenagers, right? [They can] be like every other person and just go out and be able to go to a party and the parents know that they're OK," Davis said.

But ultimately, she sees the app as a practical tool in a world where police brutality has become all too common, particularly in Black and brown neighborhoods.

"How do we get together and keep one another safe? How do we put our safety in our own hands because it doesn't work in anybody else's, and that's obvious."

Just Us is available to download for free in the Apple App Store.