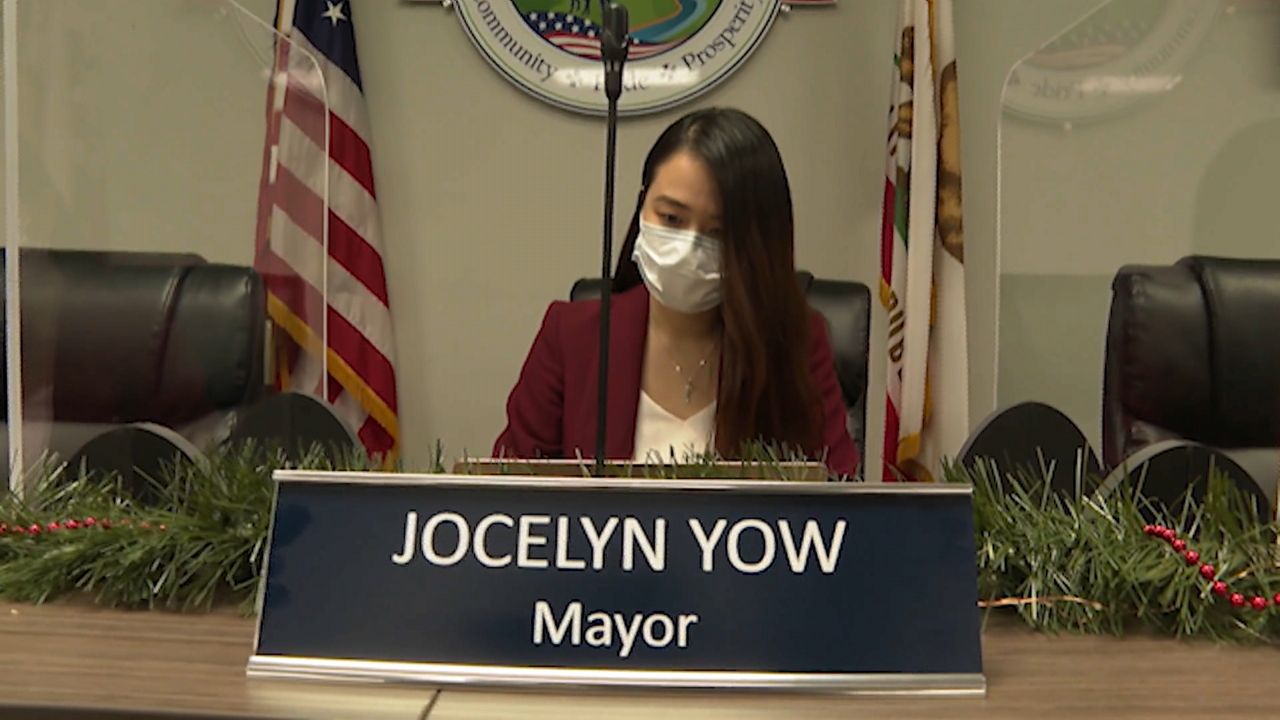 Jocelyn Yow is the youngest woman of color to be elected mayor of a city in the state of California.

The city of Eastvale, in the western part of Riverside County, is ending 2020 with a new mayor.

Jocelyn Yow, who is 25 years old, has made history as the youngest woman of color to be mayor of a California city.


“Everything happened organically,” said Yow. “I never thought of becoming the mayor at the age of 25."

Eastvale’s new mayor is also a new mom, which initially gave her doubts about how she would balance being there for her 8-month-old child while leading a city of approximately 70,000 people.

“I’m definitely glad I took that chance, and that I went for it, pursued it,” said Yow.

Whether it was volunteering for a nonprofit, working in the California State Senate, and later in Congress, Yow explained that from a young age, her parents taught her the importance of community service. Now that she is a parent and mayor of the city where she wants to raise her son, public service has taken on a different meaning.

“What kind of city do I want my kid to grow up in? That is why one of the things I am really passionate about is a city library. We currently don’t have our own library,” Yow said.

As mayor, she also wants to focus on street safety improvements and attracting more diverse businesses to Eastvale, which was formally incorporated ten years ago.

“I see us as almost going into teenage years, so what do I want the city to be like when the city is all grown up,” said Yow.

She added that she feels honored to be one of the leaders shaping Eastvale’s future — a place she has called home since she was 16.

Yow’s family moved to Malaysia when she was a baby and returned to the U.S. to live in the Inland Empire in 2011. As the daughter of a Vietnamese refugee and Chinese Malaysian, she said she knows firsthand how important it is for immigrant voices to be represented in politics.

“We need to have more elected [officials] who reflect the diversity of our cities and our state to make sure our perspective are being heard,” Yow said.

She hopes her story will help inspire younger generations to lead in their communities too.

The mayor is a proud graduate of Norco College, UC Berkeley, and is currently finishing her master's degree in government at Harvard Extension.