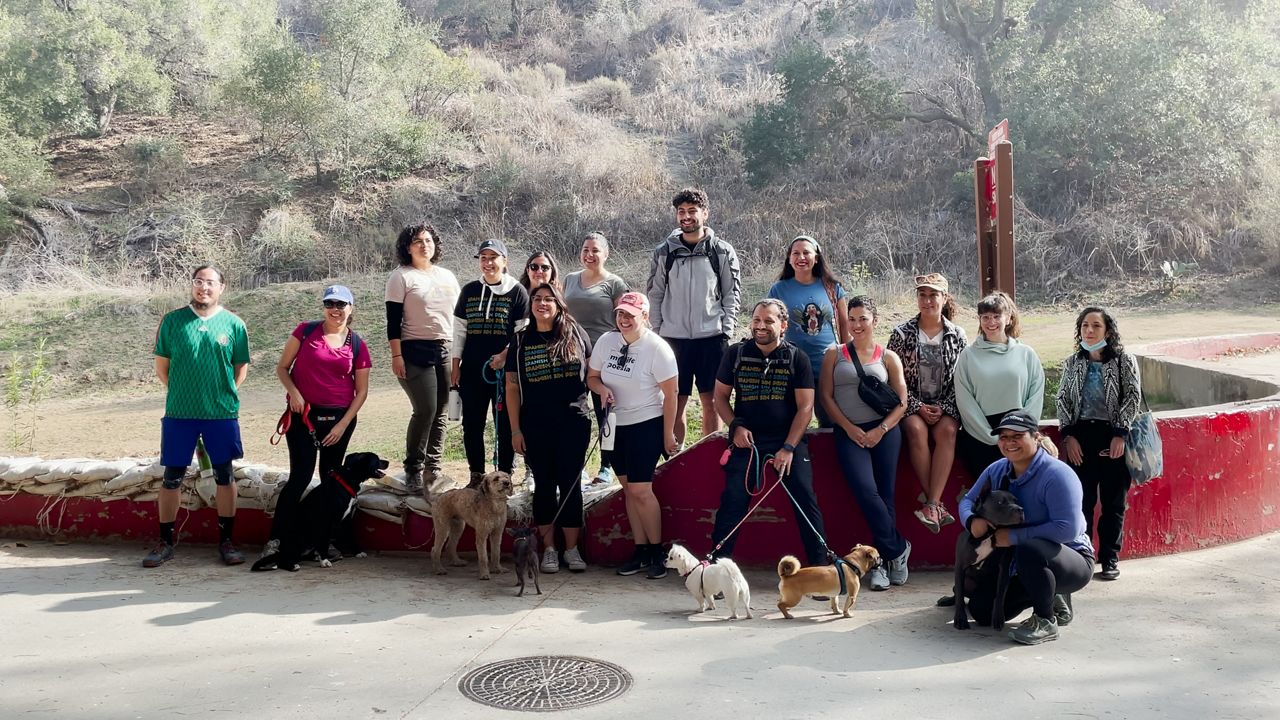 Spanish Sin Pena is helping Latinos reconnect with the language

LOS ANGELES — Spanish is the second most spoken language in Los Angeles, but not everybody of Hispanic or Latino descent is actually able to speak the language.

That lack of fluency for people of second- or third-generation Latinos can often create shame and even something of an identity crisis, especially for people who feel they “should” speak Spanish fluently.

As a kid growing up in Montebello, Wendy Ramirez had a complicated relationship with Spanish because she was not fluent, despite being raised in a Mexican family.

But now, she has not only made peace with the language, she’s a co-founder, along with Jackie Rodriguez, of a language learning group called Spanish Sin Pena.

It translates to “Spanish without shame.”

The program is a platform for Latinos like Wendy, who grew up only knowing a little Spanish, to reclaim the language in a safe space without being judged for not speaking Spanish well enough, or even at all. The program is going on its fourth year, and currently, Ramirez said the program books up all 200 seats per semester with waitlists stacking up each term.

“I needed a program like this growing up and learning, and the support to navigate things like the challenges of speaking Spanish at work, or even speaking at home with families,” she said.

Ramirez and Rodriguez said the rate of enrollment and engagement proves this is a pain point for the Hispanic and Latino community, one that was hungry for a solution.

The group classes (both online and sometimes in person, as COVID permits) review classic Spanish grammar, but also pepper every class and conversation with deeper conversations about culture, identity and belonging, trying to get to the heart of where shame might stem from.

“There are different reasons why someone would feel shame,” Ramirez said. “One of them is because of the way you look, people are expecting you to speak Spanish, and then sometimes your own family expects you to speak Spanish. Shame also comes from assimilation. A lot of our families are forced to assimilate in order to progress and in doing so you lose the language.”

Rodriguez, who didn’t grow up speaking fluent Spanish but was always encouraged by her family to practice, said the program is attracting people from all levels and all generations.

“We do have a huge community of like second-, I think we even have some fifth- and sixth- and seventh-generations in our program and so there is like a disconnect from the language,” she said.

Mary Galindo, who grew up in a Latino family, was struggling to maintain her mother’s health records and doctor appointments in Spanish.

Galindo was looking for a Spanish class that not only taught the language, but also addressed the identity crisis her lack of fluency created. She feels like she has found it in Spanish Sin Pena.

“When I was speaking I felt so embarrassed and so scared that someone would make fun of me that I physically would feel anxiety in my chest, it felt tight in my throat,” she said.

Ramirez said they organize as many group outings as they can, like group hikes. The occasions are for bonding and practicing Spanish together, but also because, metaphorically, it represents the path all the students are on.

“We’re here, climbing this mountain together, and so here we’re literally pushing ourselves to make it to the top,” she said.

The 2022 semester will start in early January. Visit spanishsinpena.com for more information.