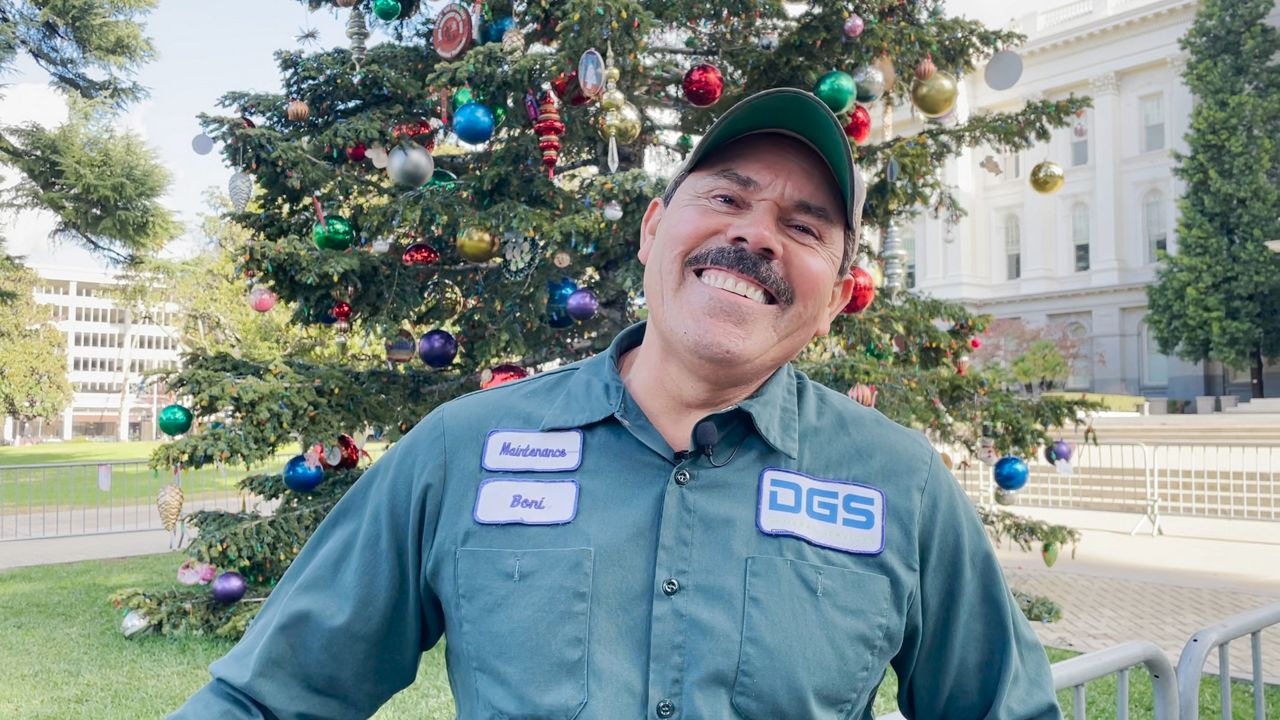 SACRAMENTO, Calif. — For the past 22 years, Bonifacio Sánchez has been tasked with finding and decorating the California Capitol Christmas Tree.

“For me, it’s a big responsibility to have the best tree,” said Sánchez, who does tree maintenance at the State Capitol.


Sánchez explained that the search for the holiday tree starts in the summer and it arrives in Sacramento the first week of November. This year’s white fir tree comes from the LaTour Demonstration State Forest in Shasta County.

The four-and-half-ton tree is decorated with 14,000 lights and more than 800 ornaments. After it's dropped off in Sacramento, it takes Sánchez and his colleagues about a month to decorate and place all the lights on the 66-foot tree.

The Mexican-American immigrant came to the Golden State in 1981 and shares he only planned to stay three years. Four decades later, he is proud to call himself a California resident saying he’s grateful for the benefits and opportunities he has had since he started working for the state in 1998.

“I enjoy doing this and every day when I come to work, I don’t feel like it is work for me. I do this plus get paid,” he joked.

Sánchez said it took him five years to study and prepare himself to qualify for the job he has now.

“That was my goal. When I applied here I did the test and I passed the test and then a week later they called me and everything started from there,” Sánchez said.

For Sánchez, the holiday season is a time he looks forward to every year because he loves meeting people from different parts of the country and world who stop by the state capitol to ask questions and take pictures with the tree.

“I think it’s one of my best moments of the year to be here to be here and see the tree and the lights and everything working. Everybody’s happy,” Sánchez noted.

Sánchez said he looks forward to bringing holiday cheer to the capitol for many more years.