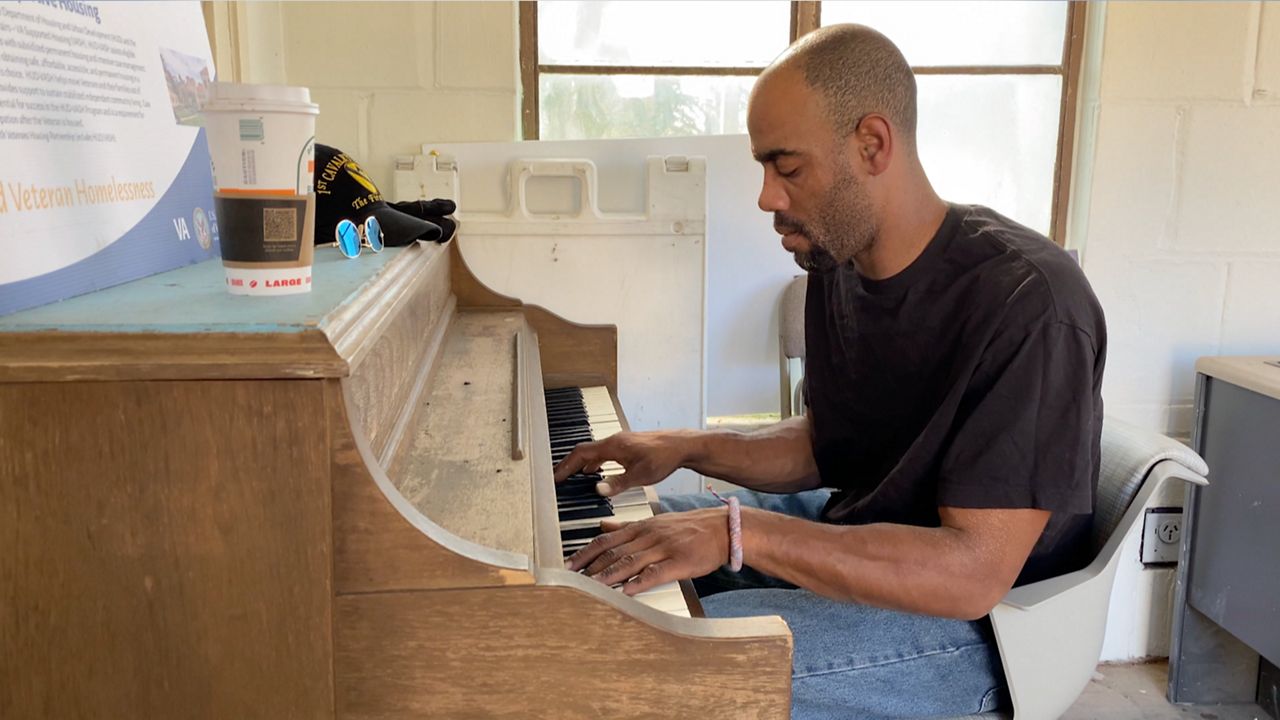 WEST HOLLYWOOD, Calif. — Inside an old bus stop on the west Los Angeles VA campus, homeless veteran Lavon Johnson is in the midst of a transformation.

“I am so happy I could literally burst! I did not know life could be so awesome. I didn’t know it could be so good,” said Johnson.


Over the last year, Johnson, an Iraq War veteran, had been playing his piano and living at the Veterans’ Row Homeless Encampment in Brentwood. In that time, Johnson lost fellow veterans to drugs and violence. The streets took a toll on him physically and emotionally.

“I should not be alive. We were just killing ourselves,” he said.

It all came to a head on Nov. 1, when a cleanup along Vets Row threatened to break up his only sense of community.

“I don’t know why I keep losing so many people,” said Johnson through tears.

Although his piano was moved into the VA, he got into an altercation with an unhoused woman about some of his other belongings and was put in a temporary involuntary psychiatric hold.

“I couldn’t tell who was enemy, who was friend. But in the end, turns out there was nothing to resist, there was no fight,” said Johnson.

His transformation was in part because he moved off the sidewalk and into the tents of the VA’s Community Engagement and Reintegration Service or CERS program.

“They didn’t realize what they were doing, was saving my life,” said Johnson.

He said CERS has created a low barrier to entry for vets like Johnson experiencing homelessness, which lets them build mutual trust and prepares veterans for other more structured programs.

“Having the veterans come onto an encampment here on-site allows us to wrap the services around them, keep them safe, provide three meals a day and 24-hour security. What we’ve seen is that veterans then have the time to decompress to move from the street attitude, the life they had on the street, and start thinking about the next step in their lives,” said McGahran.

According to McGahran, the average stay is 15 or 20 days. Johnson has now been there just over a week, but he already has his sights set on the future.

His song just starting to hit a high note.