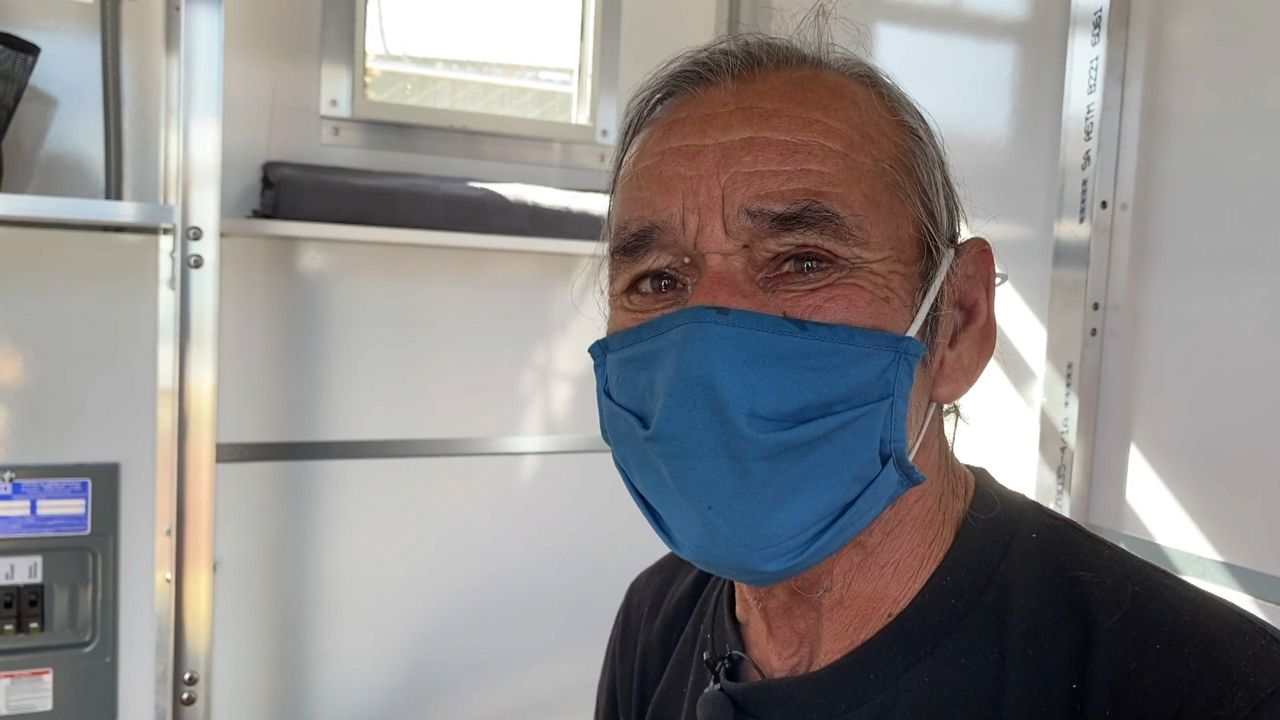 Joe Quijas is one of 25 homeless people who moved in after living in his truck for more than eight years.

If the eyes are the windows to his soul, Quijas' is full to the brim with gratitude. He's overcome by emotion as he moves into the first place he's called his own in nearly a decade.

"I finally got a break here you know? I was a long time without anywhere to live, so I just thank God that my turn came up," Quijas explained.

The Baldwin Park native said he submitted application after application for housing assistance but was never selected and was no longer physically able to drive trucks or work in construction that once paid the rent for him and his three kids.

"I got old!" Quijas laughed. "At work, I had the hammer on one side and I turned around and I had the apron on the other side."

As a single father, he has put his all into raising three boys who are now adults with their own families, which Quijas said he couldn't fathom intruding on them. But it left him with nowhere to turn, spending his nights in his truck and his days volunteering at the senior center. That's until a woman there recommended he try his luck one more time because the city of Baldwin Park was opening Esperanza Villa.

The project with 25 tiny homes was the brainchild of Mayor Emmanuel Estrada, who said seeing how quickly it all came together was surreal.

"Homelessness is something that's very dear and fond to my heart, especially because I understand how susceptible we are," Estrada explained. "There's no better year to understand that than a year after the pandemic, where we were forced to realize that there are a lot of external factors that play a role in our lives."

Before becoming Baldwin Park's youngest mayor last year, Estrada spent most of his time helping the homeless in Skid Row. He started thinking of ways to assist the estimated 500 homeless people in his city and worked with numerous organizations to build heated tiny homes with AC, showers, laundry, three meals, job training and even mental health services.

The idea is to set these residents up to become self-sufficient with their permanent housing within three months. It's an opportunity Quijas called "God-given" as he read his Bible, the one thing he has to keep him going.

"It seems to help me solve any problems I have," he said.

Although it's no fancy turkey or stuffing, Quijas said he has so much to be grateful for this Thanksgiving as he ate his tuna salad sandwich for lunch.

"What more can a person ask?" he said.