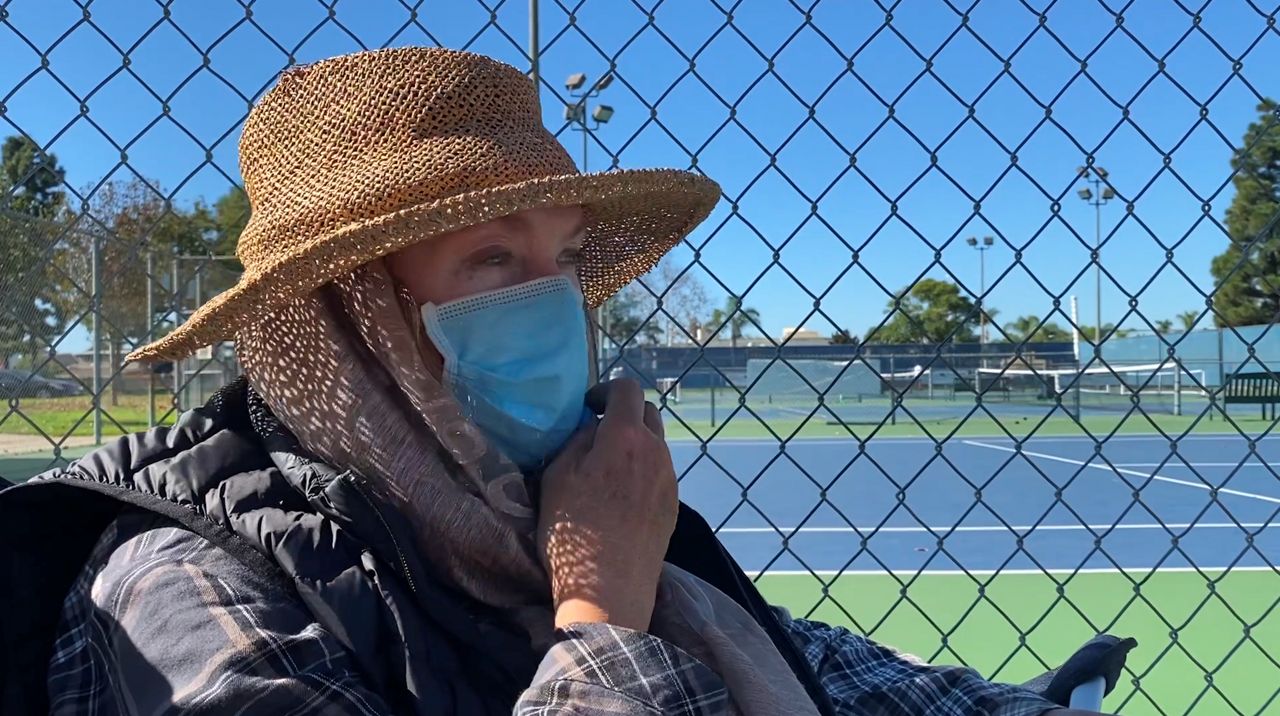 FOUNTAIN VALLEY, Calif. — After an early morning in court, Deputy Public Defender Daniel Maher is rushing into the Orange County Public Defender office in Westminster to meet a client setting a new precedent for the homeless population.

"Ms. Wood's case was unique in that the city of Fountain Valley wasn't backing down," Maher said.

Admitted into the State Bar in 2019, Maher said he grew up in a safe and comfortable household, which inspired him to help people who did not. While most defendants don't get to choose which public defender represents them, Maher noticed Nancy Wood. She is the first homeless person to go on trial for sleeping overnight at a public park in Fountain Valley. The city has cited the 75-year-old woman several times since 2020.

"They wanted to get a guilty plea out of her. Understandably, Ms. Wood and I shared the same opinion which is we weren't going to do that," Maher said.

Wood said she doesn't want to go to a homeless shelter because she is concerned about COVID-19 since she has heart problems. She is also fearful of sleeping indoors with strangers.

In November, a jury found Wood not guilty of the charges against her, so she remains at the park.

The city of Fountain Valley's motto is a "nice place to live," and its rules and laws, according to city manager Rob Houston, were created and enforced to maintain this quality of life.

"We will continue to do our citation process. It is really what we have to do to be fair and equitable to all members of our community. It's in the best interest of keeping parks safe and our citizens safe," said Rob Houston, city manager of Fountain Valley.

Houston said the rules apply to everyone and adds that 80% of the people cited at parks are not experiencing homelessness.

"Each time she denies the service and does not want any help from those services and that makes it difficult," Houston said.

"They're going to have quite the fight from the Orange County Public Defenders office and myself if they try, but they have that right," Maher said.

The city's offer to take Nancy Wood to a homeless shelter still stands, and as long as COVID-19 is a threat, Wood and her attorney are standing firm. There are two other ongoing cases with similar circumstances. One of the defendants in those cases is also a woman in her 70s.