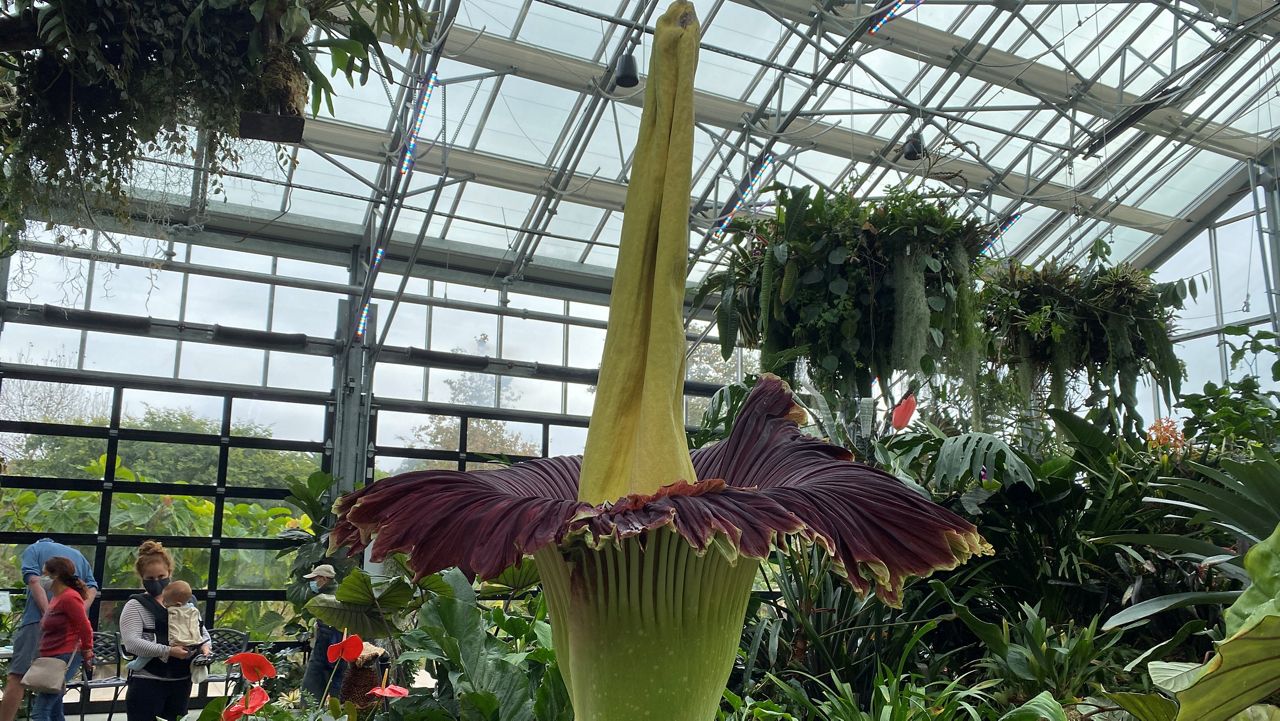 The corpse flower’s common name comes from the smell of the flowers, a rancid carrion scent that attracts the carcass-eating insects that pollinate it. The bloom of a corpse flower is a rare and special event, as most plants require seven to ten years to produce their first blooms and then bloom only every four to five years thereafter.

The corpse flower is extremely rare, with fewer than 1,000 remaining in the wild. San Diego Botanic Garden curator Jeremy Bugarchich believes interest in plants has grown during the pandemic.

"The new plant interest that we have in our society, people are extra interested in this. They're just more aware of plants in a general sense which is really exciting for us because that's why we're here," Bugarchich said. "Plants are neat!"

You can watch a 24-hour live stream of the plant here.