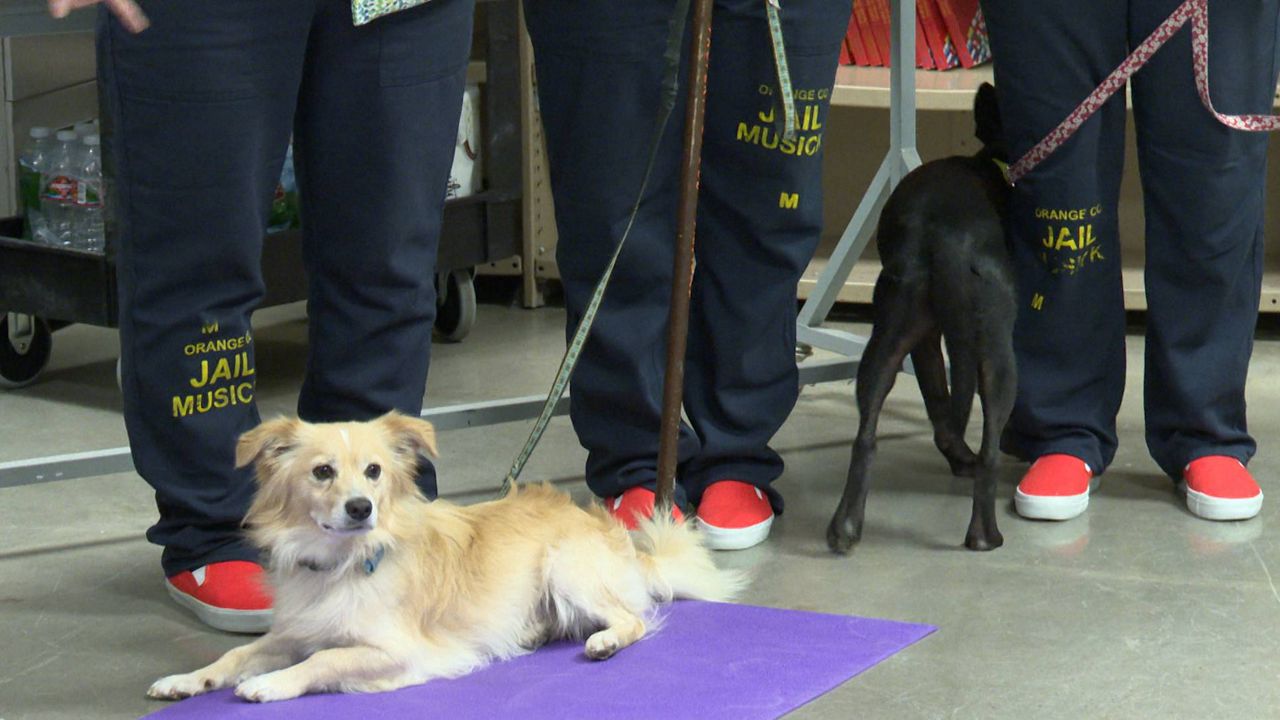 ORANGE, Calif. — Life is a journey with pit stops. Some are nicer than others are, but after a successful 24 years in the corporate world, Janette Thomas reinvented herself to follow her dream of giving second chances to people and dogs.

It all started when a chocolate Labrador retriever named Bailey was brought into an overcrowded animal shelter where Thomas was volunteering.


Bailey was pregnant and left tied to a stop sign in Anaheim.

“Dogs make mistakes. People make mistakes. The ability to give them a chance so they can really show you their true potential, to me, there is nothing better in life than something like that,” said Thomas, Cell Dogs, Inc., executive director and certified trainer.

Thomas adopted and trained Bailey to be part of her nonprofit organization called Cell Dogs, which rescues dogs on the brink of being euthanized and pairs them with inmates like Stephanie, who train them for adoption.

The Orange County Sheriff’s Department asked Spectrum News not to include Stephanie’s last name and the criminal offense that led her to the Theo Lacy Correctional Facility.

“At first, she was very timid. She was abused wherever she was before and so she didn’t trust anybody,” Stephanie said.

The inmates and their dogs graduate from a 10-week basic obedience program led by Thomas’ team. The experience is designed to give dogs a chance to learn new skills, making them more adoptable. And for inmates like Stephanie, the experience can lead to potential career opportunities and a higher chance of not re-offending.

“She’s been with me 24/7 for the last two months. It’s bittersweet, but I know she’s going to a good home,” Stephanie said.

Attending the graduation was Todd Hanson from the Orange County Community Foundation, which introduces donors to organizations in the county that make a difference.

"When we're looking at opportunities to fund, we get numbers that let us know how many people we’re going to help and this is how many dogs we’re going to help. However, to be here to see it in their voice and eyes let’s us know how they’ve been impacted in so many ways,” said Todd Hanson, vice president of the Center for Engaged Philanthropy, Orange County Community Foundation.

At the same time, Thomas celebrated nearly 20 years of transforming lives for more than 400 dogs and thousands of inmates.

Her dog Bailey died, and it is a loss she will always carry, but for the last two years, her dog Bella has been by her side as she continues her journey to give dogs and people second chances.

Cell Dogs is a nonprofit organization that relies solely on generous donations.

It does not receive government funding.