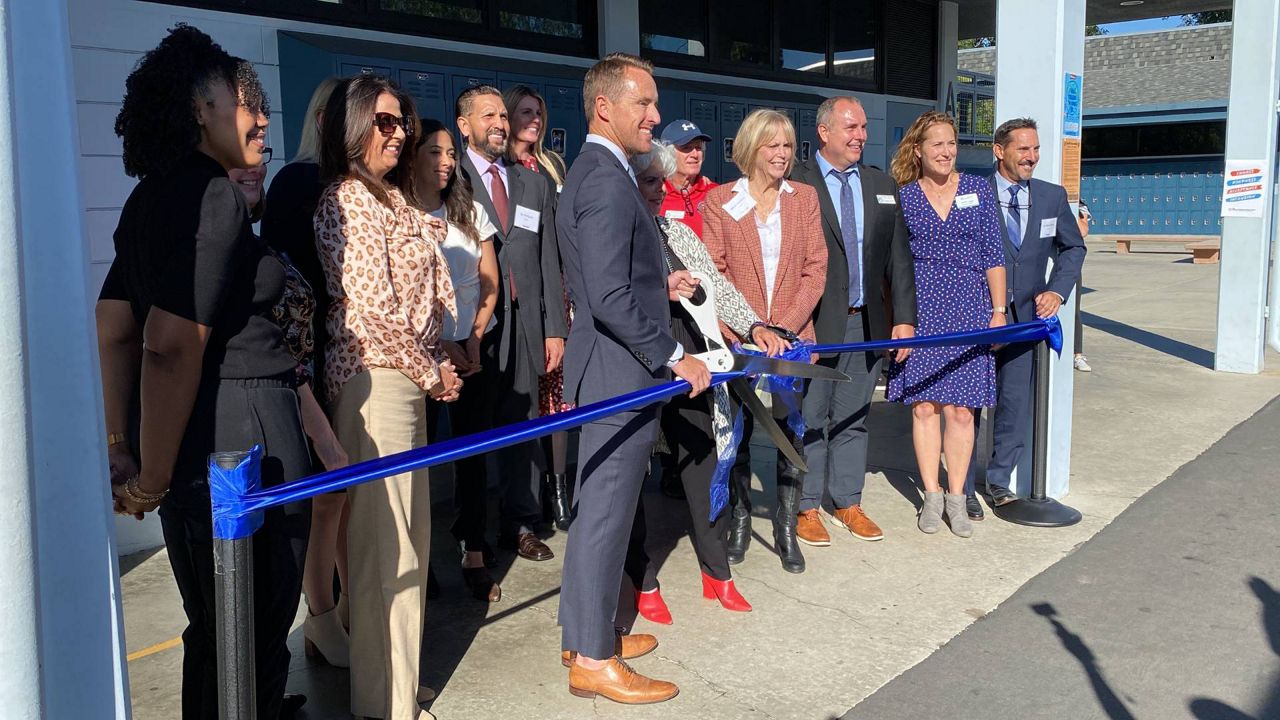 LOS ALAMITOS, Calif. — With two honors classes down for the school day and a few more to go, seventh grader Isabella Holbrook removed the weight she feels on her shoulders for a moment of zen.

“It helps to just be able to relax, so we can focus on our work,” said the 12-year-old.


Isabella and other students at Gordon H. Beatty Middle School are juggling eight different class subjects with life as a pre-teen. Realizing it’s a lot to handle, Isabella turns to her school counselor and school’s WellSpace often.

The Orange County Department of Education and Children’s Hospital of OC installed five WellSpace Centers, which are tranquil centers to give students a safe place to decompress. Los Alamitos Unified School District unveiled two centers this week to partners such as Dr. Michael Weiss, vice president of population health at CHOC.

"To indicate to someone that you’re anxious or you’re depressed or you’re scared is difficult," he said. "The whole idea behind this WellSpace process is to try to make that less of a stigma."

The pediatrician explained that physicians need to be proactive in going out to students to offer mindfulness strategies to prevent them from turning to negative coping measures like drugs, cutting and suicide.

“We’ve heard over and over that kids who had these problems would find a space place in the bathroom at school or behind the lockers and in other areas, and that’s not right,” said Weiss.

Mental health has emerged as a major challenge not just in Orange County but across the country. A survey found that between 2019 and 2020, 25% of OC’s seventh graders and about 35% of 11th graders said they felt chronically sad or experienced feelings of hopelessness over the previous year, and more than 10% reported having suicidal thoughts.

These spaces were a passion project for Mayu Iwatani, who started working for the county as a school counselor.

“With the pandemic, it’s as if all students have an additional ACEs score, which is an event of trauma, and we see the increased need right now to respond to support students,” said Itwatani, who is currently the OCDE manager of mental health and wellness care coordination.


With funding from the Mental Health Student Services Act, and in partnership with both the OC Health Care Agency and local school districts, OCDE hired seven regional mental health coordinators before the school year began. This allowed for the creation of a countywide network designed to strengthen mental health procedures and protocols.

The county hopes to install a WellSpace on every campus for students like Isabella Holbrook.

“I feel like I can manage what I need to do, and I can get things done,” she said.

After 10 minutes of a much-needed break, Isabella is heading to her next class with less weight on her shoulders and a more positive outlook.