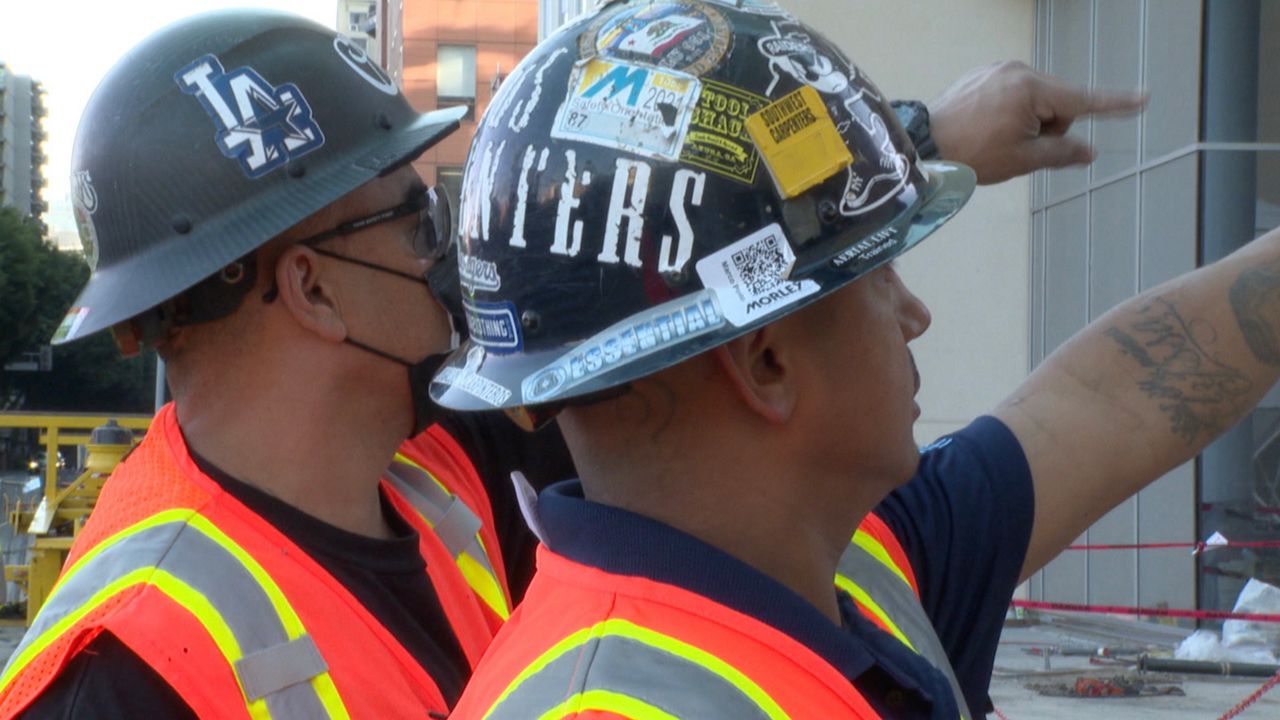 LOS ANGELES — Once you’re incarcerated and you’ve served your time, studies show there’s an increased probability you’ll be arrested again. One duo is breaking that cycle and paying it forward.

Southwest Union carpenter Larry Garcia helps build the high-rises which make up the downtown Los Angeles skyline. Much like a construction project, his own life had to be rebuilt from the ground up after addiction and prison time completely cut him off from his kids.

“You know, it took me 27 years to destroy a lot of people’s lives along with mine and I’ve come to terms to accept the fact that it’s not going to happen overnight,” said Garcia.

Losing his family was the last straw. After years of incarceration, Garcia started making changes, working many long hours. He has now almost finished his apprenticeship.

Through the union, Garcia met Marco Pinto, another carpenter with a rap sheet. Pinto’s rock bottom came after he’d been shot, seeing the pain this caused his young daughter.

“In a sense, I’m actually glad that whatever happened to me six years ago because it changed my life. It made me not want to go back to that,” said Pinto.

This duo made a name for themselves not only because of the 180 they’ve each managed to turn, but also for how they’re raising others up, mentoring those who have seen the inside of a cell and everyone else who just wants a second chance. One of their mentees is Anthony Ruano.

“It’s a mentor. It’s a big brother. I see them like a big brother, family, brotherhood and it feels really good to have them,” said Ruano.

There are formal meetings between the mentors and the mentees. It’s also about being available, day and night, for whatever life issues arise.

“By helping them they help me stay recovered so I always like to give back,” said Garcia.

Garcia has been sober for several years now. While he’s still working to repair relationships with his children, he’s building new bonds with his grandchildren.