LOS ANGELES — It was a series of fortunate events that evolved 23-year-old Sydney Webb’s company from a baking experiment in her apartment to a 40,000 square foot warehouse in Costa Mesa.

Webb’s brainchild, Toto Foods, was born out of her desire to share the restorative power of adaptogens with the world in an irresistible way. It wasn’t until a heartbreaking diagnosis sent her on a quest for healing that Webb discovered the plant-based superfoods.

“I wasn’t introduced to adaptogens until I started on my path to healing from cancer,” said Webb.

Adaptogens are a class of herbal and plant ingredients that help the body resist stressors of all kinds, working at the molecular level to help your body “adapt.” They are non-specific and assist the human body in resisting a wide range of external stressors, whether physical, chemical or biological. Although most adaptogens have now taken on trendy forms (think Chagaccino, matcha and turmeric lattes, or elderberry gummies), these plants have deep roots in Ayurvedic and Chinese medicine.

At age 21, Webb was diagnosed with colon cancer. The herbal medicine that led to her healing, however, was not a part of her doctor-directed regimen.

The same week she was diagnosed with cancer, Webb attended a wellness convention in Downtown Los Angeles where she heard author Liana Werner-Gray speak on how she cured her lymphatic cancer through food and adaptogens.

Webb incorporated adaptogens into her diet immediately after the convention, infusing them into everything she could think of. After three months of taking these self-prescribed plant-based superfoods — and with no traditional medical treatment — Webb was completely cancer-free.

Her doctors ran multiple tests and chalked her healing up to a miracle. When Webb credited her recovery to adaptogens, they didn’t believe her; in fact, they had never even heard of them.

This wasn’t the first time Webb had shocked doctors with dramatic holistic healings. 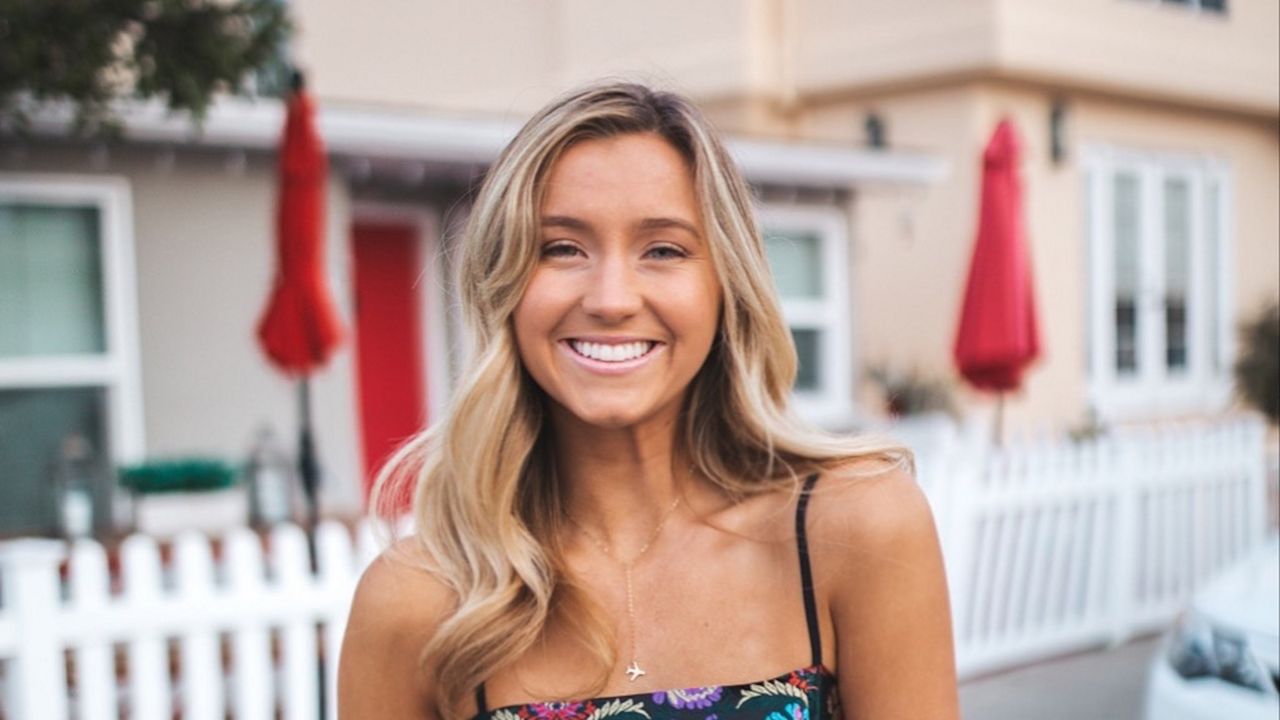 As a high school student, Webb was a competitive athlete with a scholarship offer to play Division 1 soccer for USC when she was sidelined due to deteriorating health. She was diagnosed with Crohn’s disease after a year of doctor’s visits and hundreds of inconclusive test results.

Although an answer to her mysterious ailments gave her a sense of relief, she says it was devastating to be told she would be living with an incurable disease.

She was given a regimen of 20 different medications a day.

“Everything from steroids to anti-inflammatory medication to other medication to mitigate symptoms of the stuff I was taking,” remembered Webb. “Just, like, this horrible domino effect.”

Webb lost her scholarship to USC and enrolled in El Camino College.

After months of taking pill after pill, she had another fateful encounter at a Starbucks near campus where she met “the first guardian angel” in her life. Webb was waiting for her tea when a man inquired about her order. He asked her why she ordered tea instead of coffee and then asked a follow-up question that changed Webb’s life: “Do you have Crohn’s?”

As luck would have it, the stranger was Dane Johnson, a natural medicine practitioner specializing in Crohn's Disease and Ulcerative Colitis and founder of CrohnsColitisLifestyle, who introduced her to holistic health. After employing his teachings, Webb got off all medication in just a few months. She also still managed to transfer to USC, despite losing her soccer scholarship — putting her in the right place at the right time yet again to hear Warner-Gray’s story — the one that jumpstarted her adaptogen journey.

It was her battle with Crohn’s and her appreciation for holistic health that served as the foundation for what would eventually become Toto Foods. Thanks to her transformational experience through food and natural remedies in healing her Crohn's, she says she was open and excited to have other natural remedies in her arsenal on her path to healing from cancer.

Her family, however, was not so easily convinced.

To get her parents to try her “weird mushroom powder from across the world,” as they called them, she decided to try and hide adaptogens in foods they were already eating.

“Unless you’re, ya know, someone interested in wellness, you’re probably not seeking these type of things out necessarily on your own,” said Webb. “And [adaptogens] can be kind of confusing they sound kinda weird they look really weird they smell weird they don’t taste great…There’s a lot of reasons why people would be like, ‘Eh, not for me.’”

She wanted to start with the “worst” foods — the ones with the most sugar and the most artificial ingredients. To make adaptogens irresistible, she decided to hide them inside a cookie.

Webb began tinkering in her kitchen, mixing countless batches of dough — most of which, she admits, was horrible because she didn’t know what she was doing yet.

After much trial and error, including a batch in which she mistakenly used salt instead of sugar, Webb finally cracked the code for the perfect plant-based adaptogen-infused cookie. After overwhelmingly positive reviews from friends, family and co-workers, Webb took a leap of faith.

“I quit my full-time job at [Thrive Market] with no backup plan, no money saved, no anything, literally nothing — just my recipe. I had a logo and that was it.”

Within a matter of days, Webb built a website and launched a presale online for cookies because she didn’t have money to buy inventory. Her first order covered her costs — and her rent for the next month.

Her company has grown from cookies rolled by hand in her apartment to a mass-produced "superfood cookie dough” that is gluten, refined sugar and dairy-free and, of course, infused with powerful adaptogens.

Webb credits the doctor’s disbelief and lack of knowledge about the benefits of adaptogens for inspiring her experience with the world and for fueling her desire to share the same powerful plant-medicine in a delicious, irresistible and accessible way.

Currently, there is a short supply of studies on how adaptogens affect human health and some argue that it’s too soon to tell whether these herbal remedies can have a significant impact on the body in the long term without further investigation.

But that's not stopping Webb, who is now reaching a national consumer market. Her cookie dough is available for sale online and on the shelves of more than 100 retail locations in New York and California.

Though now on a much larger scale, her mission remains the same: “Treat yourself, Treat your health.”