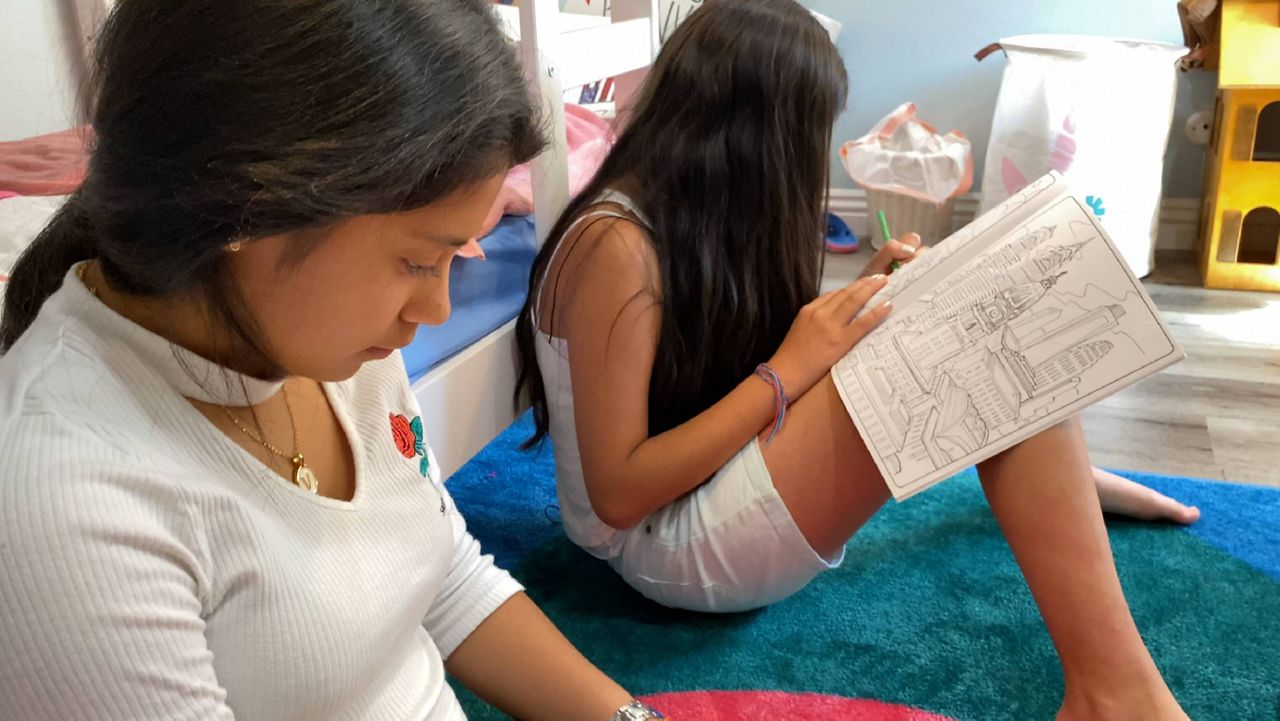 An estimated 153 million children worldwide are orphans according to UNICEF

'Devastating': The impact of the pandemic on foster and orphan children

ANAHEIM, Calif. — Playing soccer at an Anaheim park is a routine summer activity, but for 17-year-old Sarah — whose name Spectrum News is changing for her protection — the past few days have been anything but ordinary because she and her 13-year-old sister, Victoria, arrived at LAX from Colombia just days ago.


"I was so excited, I was counting down the days," Sarah said in Spanish. "This is our first time leaving the country, flying on a plane and seeing the U.S."

The two sisters are in the U.S. as part of the Kidsave Summer Miracles Program, a nonprofit that brings foster and orphan kids from abroad and lets them spend a few weeks in the U.S. meeting and bonding with potential adoptive families.

"It was an opportunity I wasn’t expecting," Sarah said. "I though this moment would never come, because at my age it can be hard."

For Sarah, the COVID-19 pandemic had a big impact on a possible adoption because she will soon age out of the system. As things open back up, she has until next March — her 18th birthday — to find a parent.

"It’s very difficult because you’re lonely without parents," she said. "Without having that support, without someone telling you good job, you did it, you got good grades, I don’t have that."

Sarah, who was born with a cleft lip, cleft palate and congenital arrhinia, has been in the foster care system now for 11 years. As the clock ticks, the sisters have relied on each other more and more as their chance of getting adopted shrinks with each passing day.

“She has been my help, my support, everything is going to be ok,” said Sarah.

An estimated 153 million children worldwide are orphans according to UNICEF.

Maria Camila Moreno, Sarah and Victoria’s chaperone and coordinator for Kidsave Colombia, said the pandemic has had a double whammy impact on the industry.

"Since the first lockdown in Colombia we saw how numbers started rising in Colombia," said Moreno. "With [the] impact in the economy, people losing their jobs, they could not provide for their kids. They could not provide them with food, shelter [and] all they need. So we saw a 50% increase in kids being placed in the [foster care] system."

The nonprofit has added beds and even opened new orphanages, Moreno said, but that is only one problem. The other is that the number of potential adoptive parents has also dropped.

“That’s also one of the issues we have been seeing, families that lost their jobs so they don’t have the economic resources to pay for an adoption in Colombia,” said Moreno.

Even finding families to host for a few weeks has been a challenge, but Amanda and JoBen Barkey stepped up.

“We’ve all experienced loss through the pandemic in varying degrees, and we may have lost income and opportunities through this past year, but we still have so much more than these kids have,” said Amanda.

The Barkeys know this firsthand because back in 2018, they adopted Sebastian, an orphan from Colombia. The video of them asking him to join their family went viral.

Until Sarah and Victoria find a forever home, they will be spending their summer days with the Barkeys.

“I don’t know what a family is like, and this summer, I’m going to be given a chance to experience that love for the first time,” said Sarah.

That, she said, will hopefully change their lives forever.