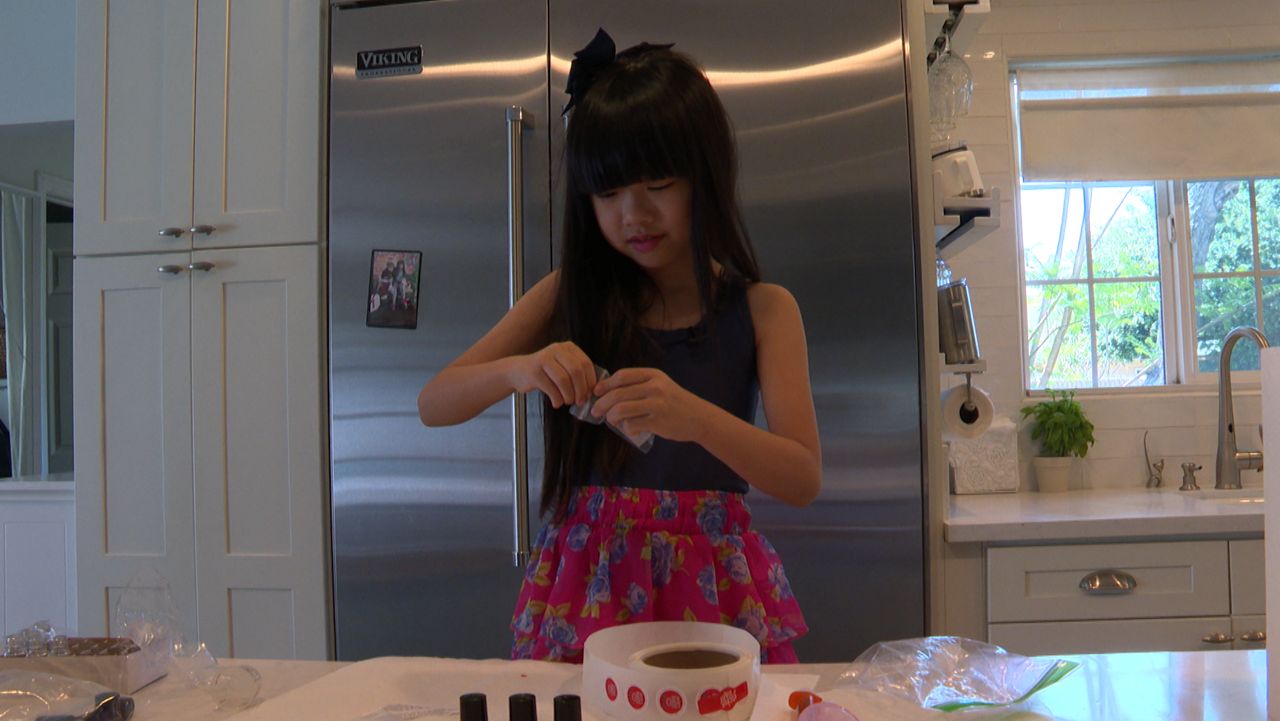 "It made me sad, and no one should treat anybody like that," Melodi said.

Melodi and her mom, Trish Tran, make homemade lip stains, sell them on Etsy and donate their earnings to help victims of anti-Asian hate crimes. They were inspired to step up because they saw themselves in the people who were getting hurt.

"It's actually scary when you go outside because if you're Asian, you might get attacked or something," Melodi said.

The mom and daughter turned their kitchen counter into a makeshift assembly line. With Melodi's mom supervising, the incoming second grader creates the lip stain formula, transfers it into glass vials and puts her finishing touches with the packaging. They say they've sold 50 lip stain vials so far, with 100% of the proceeds going to a nonprofit movement called Hate is a Virus.

"We actually contacted Hate is a Virus through Instagram. I told them that my daughter was going to be making the donation, and they were so happy. When I told her, and she was so happy. We were so happy to contribute in any way," said Tran, a wife and mother of two.

Hate is a Virus is a movement with community activists who are supporting victims of hate crimes. Its goal is to prevent these attacks from happening. According to Stop AAPI Hate, in the last 11 months, there were more than 2,800 reports of anti-Asian hate crimes. Locally in Orange County, where the Tran family lives, the reports have increased by 10 times the amount received since 2019.

"I think they feel scared, sad, unsafe and also confused because they'll be like, 'Why is this happening to me?'" Melodi said.

While the 7-year-old said she hasn't felt like she's been discriminated against because of who she is, she wants to spend her summer break inspiring others to fall in tune with her catchphrase, "Spread the Love, Don't Hate."