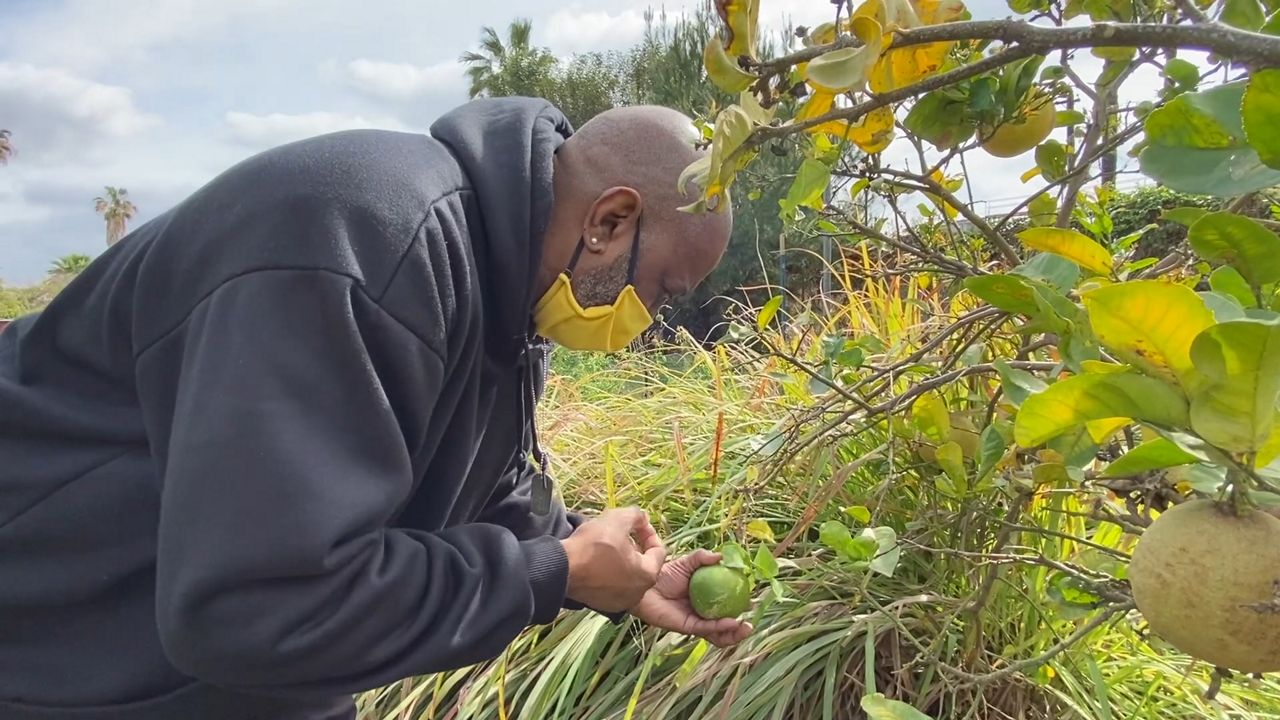 "It’s like water running in a fountain," said Malik. "Is that tranquility? Serenity? Somebody tell me. I don’t know, but it feels the same."


That sense of peace is a stark contrast to life on the streets, where he found himself several years ago in Las Vegas after falling on hard times. Malik eventually made his way to the Salvation Army Bell Shelter for those experiencing homelessness. That’s when his life changed.

“I was introduced back to Mother Nature and now, I don’t want to do anything else but put my hands and feet in the dirt,” he said.

Malik credits a transitional employment program at an urban farm across the street from the shelter, run by the nonprofit organization GrowGood. Its 1.5-acre farm provides about 10,000 pounds of produce to the shelter and local restaurants every year — much needed in an area designated as a food desert.

While getting back on his feet, Malik worked at the farm developing job skills like working with others and taking on responsibilities. Learning how to grow produce and spending time outdoors was respite for his mental health.

“There was PTSD, anxiety, paranoia, depression for sure,” he said.

In recent years, GrowGood’s program has provided over 1,000 hours of paid, training-rich work, and over 50% of graduates find a job. But since the pandemic hit, the farm cut back on its programs and production due to safety measures, according to co-founder Andrew Hunt.

"On any given day, there were probably 20 or 30 people on the farm," Hunt said. "It was just buzzing, and now, maybe we’ve got a quarter of that happening. So things have slowed way down, which is OK."


That’s given Hunt and his team time to rework their programs and enlist volunteers and community partners to not only help sustain the farm but also prepare it for reopening in a post-COVID world — where he hopes more homeless participants will be able to learn valuable life-saving skills.

“Just giving them the confidence to look for a job is a big deal,” said Hunt. “So for us, we try and consider success in many different ways because everyone has got a different story.”

For now, Malik is making plans for the future, which includes taking classes in agriculture and sustainability. He hopes to eventually set up four farms and employ 100 workers feeding the community.

"The goal is to feed 100,000 people regardless, before I leave this planet, and do my best to give back what was [given] to me."