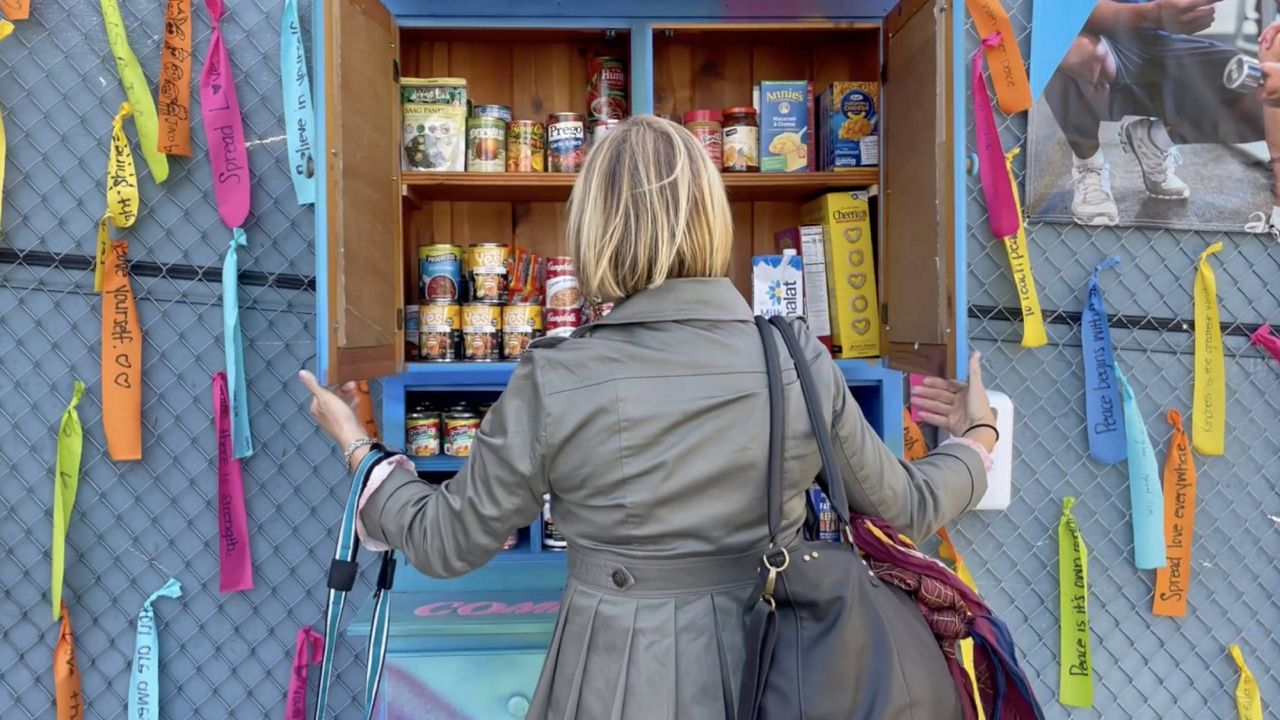 WESTCHESTER, Calif. — In a time of need, generosity can be life-saving.

For Jennifer Barret, a new Los Angeles resident from Tennessee who recently became homeless due to legal challenges preventing her from finding work, the Westchester YMCA’s new food pantry is helping her stay nourished in a time of transition.

"This is an example where, if you are a person that genuinely wants to get out of the situation, this community is coming up with creative ways to help out, but not feeling like they are necessarily giving a handout for someone that is either chronically abusing themselves with addiction, or doing bad choices," said Barret. "I think this is a perfect example of a good choice,” she said.

And that choice that the YMCA in Westchester has made, thanks to local volunteers, has been providing for those who are not just homeless, but are struggling with food insecurity. Since the onset of the pandemic, economic struggle has caused even those with jobs to reach out for assistance. It's the first time the community has provided this service, which is certainly an indication of the times.


"I think teaching people to be real and be honest is a challenge, other than 'you can just do it by example,'" said Barret regarding the stigma often associated with reaching out for help.

As she chatted with John Sharp, a volunteer who helped create the food pantry concept for the neighborhood, Barret added that there is no shame in reaching out for help, especially during such dire times.