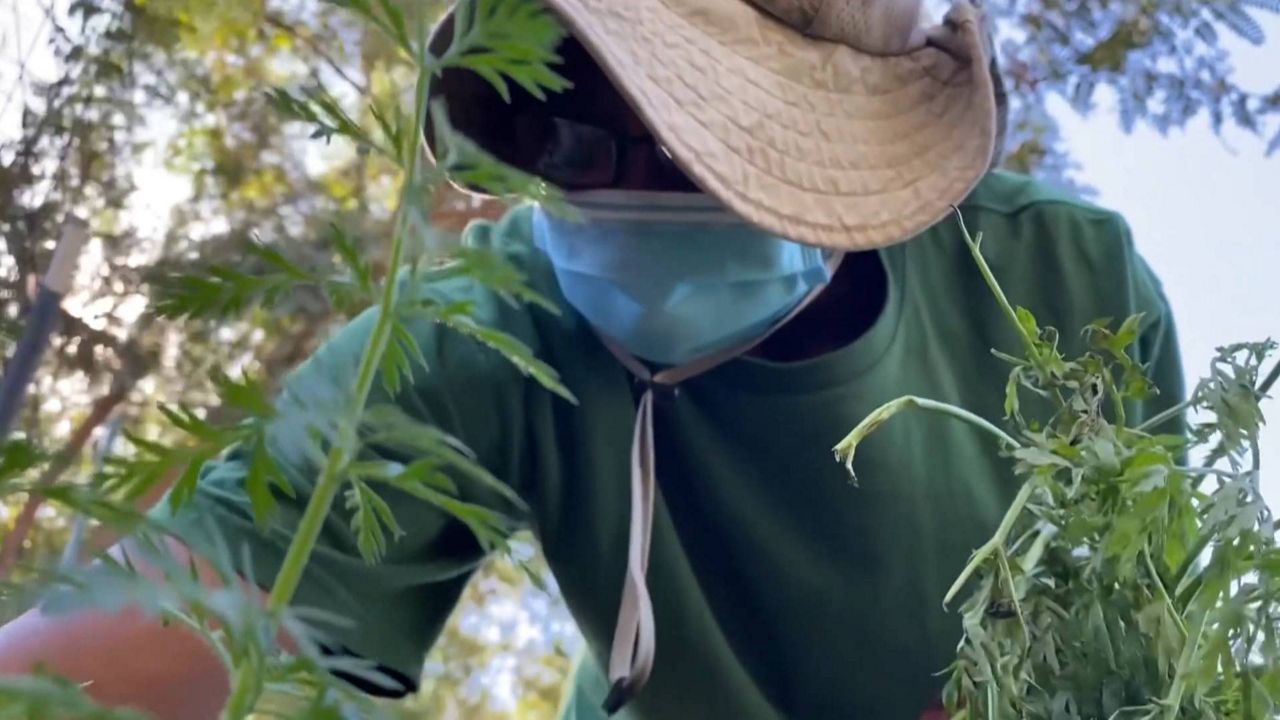 The master gardener has poured his passion back into the earth as an urban farmer and founder of Organic Harvest Gardens.

"Just coming here knowing that I could grow things, and knowing that people are always wanting things that are grown," said Dodd.

Dodd runs a garden as a supplier of fresh produce to local restaurants, and even when the pandemic hit the industry and his business, he kept calm and just kept growing.

"I really didn’t stress that much," he said. "You just have to pivot."

For Dodd, his community roots are just as important to him as the ones he grows in his garden.

“Well I’m pretty close to the neighbors and a lot of them were saying hey I can’t get out to the grocery store."

So when the seniors in his neighborhood could not get their own groceries, Rod started delivering fresh produce to his neighbors unannounced.

Dave San Jose is 80 years old and has been living in this neighborhood for 47 years.

“He started doing it with his own money on his own gas on his own time, because he wanted to do it to help the neighbors," said San Jose.


It wasn’t long until the vice mayor of Long Beach heard of Dodd’s charity and arranged funding to sustain and expand deliveries. At the height of operations, Dodd and his team delivered free, fresh produce to 300 seniors’ homes in a week.

Another neighbor, Juanita Parrish, added that even when she feels helpless, Dodd reminds her that she’s not alone.

“It’s just been a blessing, and I’m so thankful,” said Parrish.

As much as he loves food and growing it, Dodd said he loves the ability it has to bring people together.

“For me, hold on to my faith. My faith has gotten me through a lot of it. You stay optimistic, and you stay hopeful.”