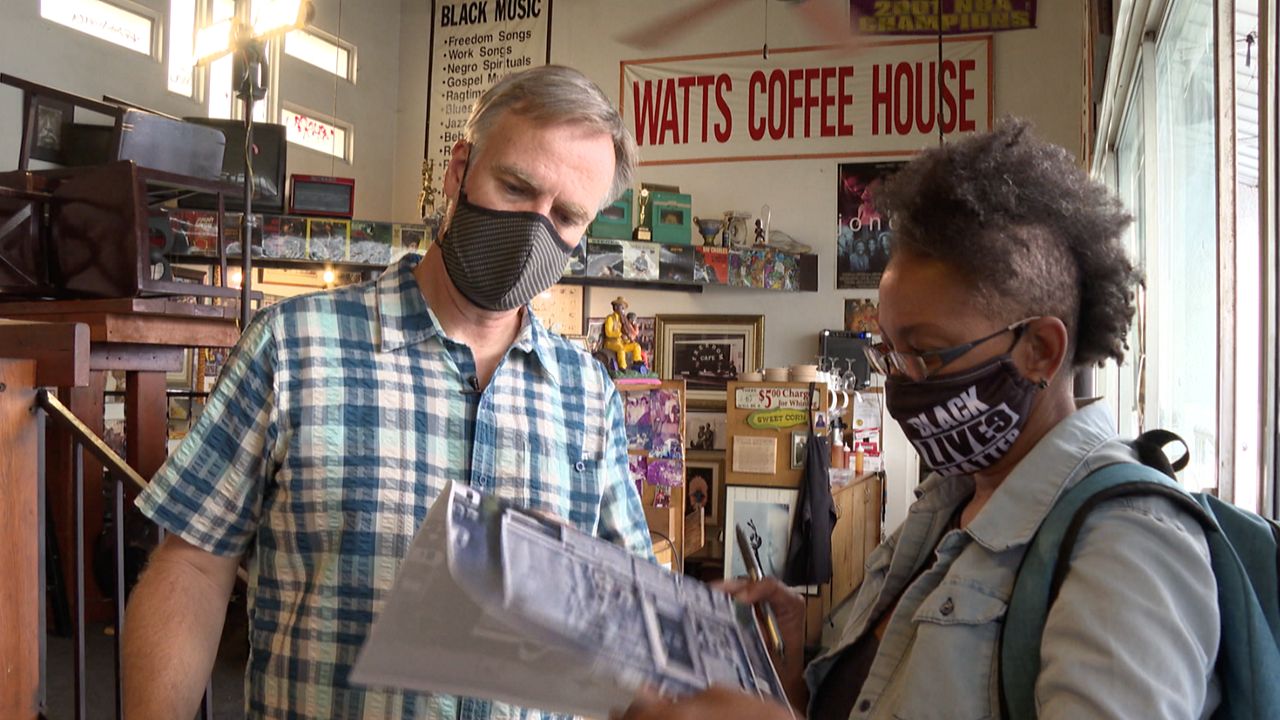 LOS ANGELES — There's a race going on to preserve an old, important building in Watts that used to be a hub for Black artists.

Watts native Rita Cofield is the leading crusader trying to get the center designated a historic-cultural landmark.

"To see it possibly be demolished hurts," said Cofield. "It hurts my heart. It hurts the community's heart."

The city of Los Angeles owns the building, which is also called the Mafundi Center. L.A. requested proposals in July, and bids have already been submitted to develop the site. Priority will be given to proposals that incorporate housing and keep the existing coffee house as a future tenant, the city said.

Success for Cofield would mean whoever is chosen to work on the grounds would consider the community's deep-rooted ties to the place. It was one of the first major buildings erected after the 1965 Watts rebellion, six days of violence and bloodshed.

Have you ever been to the Watts Happening Cultural Center aka the Mafundi center? I met the crusaders trying to preserve it and have it designated a historic cultural landmark. pic.twitter.com/WH0aeffk6q

Cofield has many memories at the center. Her very first memory was during high school when it was a credit union, she said. Before that, it was a place for artists.

Photographer Stephen Schafer donated his time to take the photos required for the historic cultural landmark application. As a history buff, he has used his craft and even his cash to protect old buildings in Ventura, Big Sur, and now Watts.

"Historic preservation isn't a beauty contest," said Schafer. "It's not about the most beautiful building. It's about what's significant."

There's another piece of the neighborhood Cofield hopes to hold on to, which is simultaneously a struggle to remain in her beloved community. Since her mom died, Cofield has tried to purchase her childhood home, right on the edge of Watts, where she's lived for more than 40 years.

"I would be remiss if I gave up not only because it's my mom's house, but because it's too easy, the neighborhood is changing, and I want to make sure there's a diverse demographic," Cofield said.